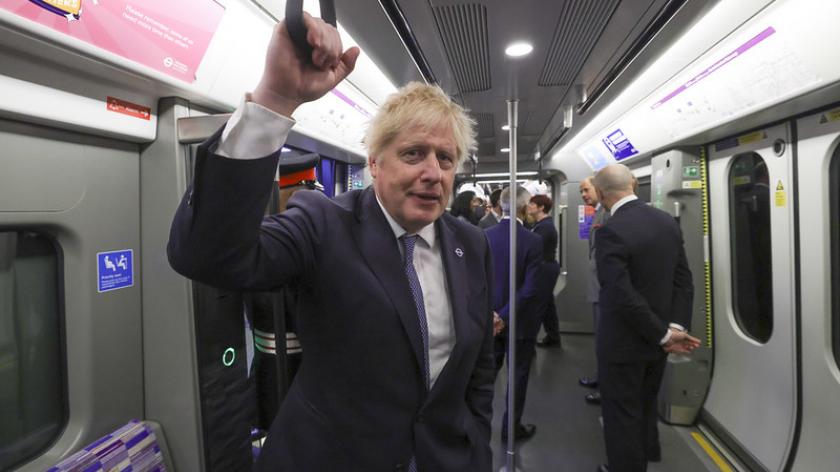 A wave of scandals has rocked parliament in recent months. With several allegations of sexual harassment and misogynistic bullying, a pornography scandal, accusations of rampant drug use in the halls of Westminster, and cheese and wine parties during a global pandemic, there is no shortage of HR issues at play in our nation’s capital.

Prime Minister Boris Johnson is facing increasing pressure from MPs to introduce compulsory anti-sexual harassment training and an in-house HR department. While some have said an HR department would go some way to addressing the inherent problems in parliament, others say the true issues are now too deeply entrenched in the culture.

Championing a shift in culture is of course difficult. But it is not impossible. Owing to the enhanced media scrutiny of parliament, and the resulting decline in the public’s faith in parliament, I’d say it’s time that it was addressed.

What have parliament already implemented?

There have been efforts made by parliament to facilitate a semblance of an HR department. Currently, staff at Westminster are reliant on The Independent Complaints and Grievance Scheme (ICGS) which was set up in 2018 following the #MeToo movement, with a view to stamp out bullying, harassment and/or sexual misconduct. It is the first of its kind in any parliament in the world.

However, investigations conducted by ICGS have been publicly criticised for taking too long in a 2021 report, with an average time for an investigation to be concluded being 196 days.

Whilst the introduction of the ICGS would appear to be a step in the right direction, improvements are much needed to effectively address and deal with personnel issues.

Establishing an in-house HR department, or outsourcing HR and employment law needs to a more experienced organisation, would ensure all instances of bullying and harassment can be addressed and dealt with – in a fair, consistent, and time-efficient manner.

How could an HR provision support such a culture intertwined with scandal?

Ultimately, those recurring issues we see spotlighted in parliament, all come down to a lack of clear policies and penalties for when an MP engages in inappropriate behaviour.

It would appear that the consequences for poor conduct – whether that’s harassing a colleague, using discriminatory terms, or even not following the rules set out by the government itself (*cough* cheese and wine parties and curry-gate*cough*) – are not in the least consistent. Some MPs may opt to resign from their roles when embroiled in scandal, whilst others seem to sail through the calamity and come out the other side more-or-less unscathed.

When there is a lack of clear rules and procedures, staff will likely lose faith in reporting any wrongdoing when they see no adequate outcome, putting the workplace in a vulnerable situation where such behaviours can fester.

Is it just parliament facing these issues?

This issue isn’t just true of parliament of course. The best way to avoid such scenarios from occurring in the first place, no matter the workplace, is to have robust policies in place which clearly set out the expected standards of behaviours from staff and the consequences for not abiding by them.

What constitutes misbehaviour must be made crystal clear, leaving no room for loopholes or technicalities, allowing individuals to bluff their way out of trouble.

Having clear policies and zero-tolerance communication on workplace bullying and harassment can help protect organisations against claims, as can regular staff training and a culture of professionalism.

Is banter in the workplace still acceptable?

We hear the old ‘banter’ excuse far too often as an excuse to cover up unlawful attitudes and behaviours. And whilst it can be true that something delivered in jest could be misconstrued as to be offensive, it is much better to err on the side of caution to avoid causing any upset in the workplace.

This is where policies come in handy; leaving no room for interpretation ensures staff are completely understanding of what is and isn’t appropriate and acceptable, making it clear that the workplace is an environment of respect and equality.

Numerous female staff have reported “laddish banter” in parliamentary meetings, whilst offensive remarks about women, ethnic minorities and gay people are unfortunately not so uncommon either.

Again, I must stress this is not just a parliament problem. We’ve just last week heard of the male worker who was found to be sexually harassed when colleagues called him a “bald c***”, and the high-profile case of cricketer Azeem Rafiq who made headlines last year when his teammates’ “banter” crossed the line into downright racism.

So, what can be done to ensure banter doesn’t snowball into an issue?

Organisations of all kinds should be conscious of inappropriate remarks being made in the workplace and ensure that the “banter” does not create an uncomfortable or offensive environment for any staff member, as this will likely instead be seen to be harassment.

Yes, it can be a tough line to instate, but ultimately, the Equality Act 2010 protects staff against discrimination in the workplace at all stages of employment. Failure to adequately address inappropriate behaviours and creating a culture which does not facilitate diversity and inclusion can prove detrimental for organisations.

Why haven’t parliament had its own HR department to date?

Perhaps the reason parliament has never instituted an HR department is that MPs are not actually employed in the strict legal sense. As it stands, MPs are the employers of their own staff – something that Sir Lindsay Hoyle has questioned the ethics of just this month.

It is perhaps no wonder that abuses of power are rife in parliament, as staff are incentivised not to hold their bosses to account when the only impartial body available for them to report incidents to has an average investigation time of 196 days…

Whilst I echo Sir Lindsay Hoyle’s sentiments here, an in-house HR department or the provision of outsourced HR and employment law support to which concerns could be reported by a member of staff, without fear of losing their jobs, would be invaluable.

How can parliament – or indeed, any employer – emerge from scandal?

The outside world has realised the importance of HR and almost every major company has a department on hand to deal with complaints or otherwise utilise a consultancy. Westminster, however, seems to have remained somewhat fixed in time.

Something clearly must be done because, while there is always going to be the occasional complaint in any workplace from time to time, this occurs far more frequently in parliament. And since these are the people elected to make decisions on the general public’s behalf, transparency, accountability, and trust are key.

Establishing a healthy culture at work is always difficult; even when you’re not clawing your way back from tarnished repute, but by prioritising open communication and dealing with any issues quickly, fairly, and effectively, whilst ensuring that your team feel listened to, is a sure-fire way to gain traction with staff and establish a successful HR function.