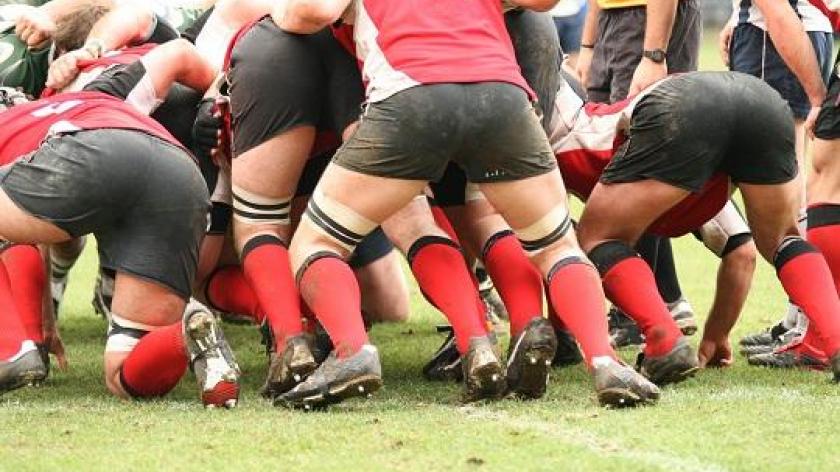 Better people equals better business - lessons from the All Blacks

You'd think that the world's mightiest rugby team wouldn't lack for motivation or cohesion, but in 2004 the All Blacks were in terrible trouble.

Having feasted for 100 years on an extraordinary 75% winning record, results were slipping. The Men in Black had just come a miserable last in the Tri Nations, a championship they'd come to regard as their own.

Worse, morale had plummeted. Their inspirational captain, Tana Umuga, was threatening to quit. Others too. The culture was drunk and disorderly, rotting from the inside.

Something had to change.

The senior leadership gathered for a three-day summit under head coach, Graham Henry, in what he now calls the most important meeting of his career.

Out of it came a new resolve - to redesign the world's most successful sporting culture - and a new phrase; Better People Make Better All Blacks. The strategy? Develop the character of the players off the pitch, so that they perform better on it.

The challenge was to work out how to make it real. After all says Henry, "There was no blueprint. You couldn't just look it up on the internet."

Their plan revolved around the following pillars:

This final element bound the rest together. "The success was being really good at that,' says Wayne Smith, the All Blacks assistant coach. 'Really good at making our team talks, our reviews, our game plans, all apply to the central story."

The results have, I believe, are important for HR professionals committed to delivering a commercial advantage.

Between 2004 and 2011, the All Blacks took their winning record from an extraordinary 75% (over 100 years, making them the most statistically successful sporting team in any code, ever), to an almost unbelievable 86%.

In my book, Legacy: What the All Blacks can teach us about the business of life, I isolate the 15 key lessons in leadership I learned from my immersion into this inspiring environment. They are the proven principles that the All Blacks use to fuse themselves into a singularly effective high-performance organisation.

Here are a few of the All Blacks' secrets of success:

After a test, while young kids dream of All Blacks glory, the All Blacks themselves are picking up a broom and sweeping out the locker room. Surprisingly perhaps, a core All Blacks value is humility. They believe that stratospheric success can only be achieved by keeping their feet firmly on the ground.

Like all the great teams I studied for this book - the Chicago Bulls, the San Francisco 49ers, the Spanish World Cup winning football team - the All Blacks seek to replace the 'me' with the 'we'. No one is bigger than the team, so much so that there is an unofficial policy, 'No Dickheads'. They select on character over talent, believing that it delivers better long-term dividends. Something that many corporate environments might do well to consider.

A key factor in the All Blacks rebirth was the development of the new haka, Kapa o Pango. By bringing the players and management together in an inclusive process that invoked the past while creating the future, the All Blacks reattached personal meaning to public purpose. Rituals reflect, remind and reinforce the belief system of the collective; it's no surprise that the organisations and cultures that have survived and thrived over the centuries - from countries to churches, Wal-Mart to Leo Burnett, have significent rituals at their core to communicate their story and purpose.

To paraphrase Tom Peters, leaders create leaders, not followers. Central to the All Blacks method was the development of leadership groups and the nurturing of character off the field, to deliver results on it. This involved a literal and metaphorical handing over of responsibility from management to players, so that by game day the team consiested of 'one captain and 15 leaders'. When it came down to the world cup final, New Zealand's forth choice fly half was able to step up when it counted and kick the winning points, a leader on the day.

There is a Maori concept, whakapapa, which captures the idea of our genealogy, our lineage from the beginning of time to the end of eternity. The sun shines on this, our time, just for a moment and it is our responsibility to 'leave the jersey in a better place'. The All Blacks seek to 'add to the legacy' in everything they do, knowing that higher purpose leads to higher performance.

To regain their momentum, and to win back the World Cup, the All Blacks developed a values-led, purpose-driven high-performance culture and they used the power of storytelling to give it personal resonance. The result of this extraordinary environment was extraordinary results.

Those organisations that know what they stand for - and most importantly, why - consistently outperform those who are just going through the motions. They create better commercial results, generate more sales, deliver higher shareholder value, attract better talent, and retain it.

Clearly, many of the challenges HR leaders face are different to those of the All Blacks. Scale creates complexity, individual ambition can trump a collective spirit, organisational structure often undermines strategy. Nevertheless, if we seek to align all our people, resources and effort around a singular and compelling central narrative, and reinforce that story through communications, rewards, resourcing and training, the results will come.

We'll create our own legacy and leave our own jersey in a better place.

There is a bit more to this than the article suggests............namely this is nothing new for them and was in fact a return to traditional values and beliefs under such coaches as Fred Allen and Charlie Cavanagh.  The All Blacks in those eras achieved greatness and set the standard for future Kiwi rugby generations by following similar approaches.

One of the most valuable lessons I believe for management/leadership people from this and from all other successful sport teams, is the fact they practice the basics over and over.  Why is it not the same in business???  Even the business gurus and experts spend more time finding new names for various people leadership concepts, than focussing on making us better at the basics.  Little wonder training and development take a back seat to the latest management fad.  Imagine the senior management Team in any business operation, getting together even monthly let alone weekly, to ensure each person has put in place or  revised a development plan for those who report to them, including such things as operational procedures/job descriptions  [ for senior people huh!!!!!!!!!!!!! ]; to explain steps taken to ensure at least one innovative suggestion has come from the Team in the last month etc. etc. etc.  Oh no.  We do that for the plebs on the front line and maybe next tier up, but not at the top.

Nice for a proud Kiwi down under to read not of just our winning record, but how it was achieved.

A very good point. Getting the basics right every time (remember the lineout from a few years ago) is only achieved by practice. The cynic in me says practice doesn't sell books or lectures, "new" ideas and packaging keep the gurus and experts in business.