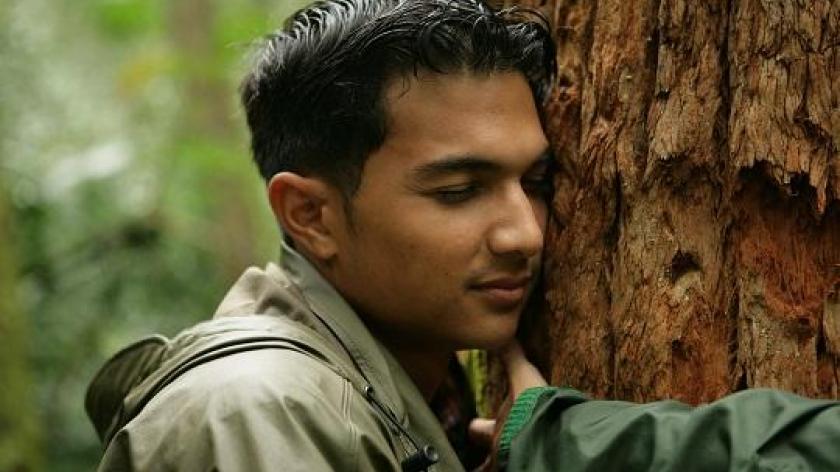 Are you a highly sensitive person (HSP)?

Elaine, what is high sensitivity?

“The fundamental attribute is to observe the environment and act in accordance with what one has observed and learned. Now you might think that everyone would do that and that it’s simply a definition of intelligence, but if there is nothing to be gained in new situations by knowing about the past then it’s a waste of time. So this is about something other than intelligence.

“The trait is equally present in men and women, boys and girls, which is interesting. It has such a profound effect on your behaviour, and who you are, that I truly believe there are four genders: sensitive and non-sensitive men and women.”

What are the symptoms of high sensitivity?

“I use the acronym DOES to outline the chief characteristics of highly sensitive individuals.”

“There have been at least four good MRI studies that show sensitive people process information in a more elaborate way [than non-sensitive people] and in a way that has different effects on their choices and perceptions. One of these studies shows they are less defected by the natural cultural biases that everyone has. In another study, we had people look at photographs of strangers and their closest loved one with happy, sad or neutral faces, and we found sensitive people in almost all cases had more activity in their mirror neurons, which is a part of the brain that both allows us to imitate each other so easily but also allows us to empathise. Another interesting part of the brain is the insular, which integrates experiences in the moment and brings them together into something we call consciousness. Sensitive people have more activity in the insular during MRI studies.”

“Highly sensitive people are very easily overstimulated – not surprising really, if you’re processing stimuli more deeply, you’re likely to get overwhelmed. Here’s an analogy: when I was young my Dad took me to an orange packing factory where they sort oranges into small, medium and large by having them go down a jiggling conveyor belt with slots on it. Only the small oranges fit into the small slots. Once they’re gone, the mediums go into the medium slots, but the large can’t so they travel further down the conveyor belt to the large slots. Now imagine having 10 slots instead of three slots. You’d really be able to get finely sorted oranges unless someone put loads and loads of oranges in which case the system would jam up! If we’re processing too much at once, we can easily get overwhelmed. This is why a very common feature of highly sensitive people is needing downtime.”

“Highly sensitive people have more of an emotional reaction to situations, both positive and negative, but especially negative as everyone tends to respond more strongly to negative situations.

“Highly sensitive people are more aware of subtleties in the environment. One of the characteristics of some disorders out there, the classic example being autism, is becoming extremely distressed by high levels of stimulation. A highly sensitive person, being neurotypical, may not like the extreme stimulus e.g. loud noise, but they’re not going to have a meltdown and, also, they can normally avoid those situations. But what’s striking in HSP that’s not present in these other disorders is awareness of subtleties.”

“Introversion depends a lot on how you define it. If you think as introversion as sociability, then roughly 30% of HSPs are extroverts. However, HSP correlates significantly with neuroticism. We conducted a study where we found that all the correlation with neuroticism – and also depression – was influenced by having a troubled childhood (and probably a stressful adult life too, although that’s not what we tested for). We found that early childhood was enough to explain this correlation. If you’re interested in this, read more on differential susceptibility which suggests people vary in the degree they’re affected by the experiences and the qualities of the environment they’re exposed to.”

What about those with natural tendencies towards HSP, neuroticism, depression who are raised in less stressful environments?

“A really interesting area. More recently, someone has termed the positive side of this ‘advantage sensitivity.’ Sensitive people raised in a good, positive environment tend to outperform others. They’re less depressed, less shy, less anxious and they’re prone towards more positive affect than others. So, from a workplace point of view, it could be a tremendous waste of resource if we can’t treat these people well.”

What’s interesting about highly sensitive people is that research in different disciplines, including biology, suggests it could be an evolved trait. For this to be true, it has to confer some type of competitive advantage, which is of course a good thing for people who are highly sensitive.

“HSP has become a big interest in biology in the last 10 years. Someone in Germany did an interesting computer simulation about how this trait could evolve and become steady in a population. In these circles it tends to be called plasticity or behavioural responsiveness, but it’s the same thing.”

“Here’s the example the researcher uses: imagine deer in a large field with different, definable patches of grass. Some patches of grass are better than others. Noticing which ones are better and where they are will pay off, even if there’s a small difference. However, if all the deer paid attention to the patches of grass, there’d be no advantage to being sensitive. So HSP is a trait that is only beneficial if it’s what’s called negative frequency dependent i.e. it exists in a minority of the population.”

“Here’s a real-world example: if you tend to pay attention to maps or ways of getting places, you’ll know shortcuts, which is a big advantage when there’s traffic around. But if everyone else knows the shortcut then it stops being an advantage.”

“Sometimes there are great advantages to noticing things – if you’re dating you can notice that deep down that person is gentle and kind and loving. If a person is trying to cheat or is hiding the truth and being inauthentic, HSPs will pick up on that from subtle things. So for the most part, genetically it’s an advantage to be aware of those things.”

“And in fact, the researcher in Germany I mentioned did another study which found no personality difference would arise in a social setting that had social significance, e.g. trustworthiness or compassion, unless there was an HSP present to notice the trait.”

These are obvious advantages, but as with all traits, there are downsides.

“HSP can get you into trouble e.g. exhausting you or having you notice things that are too threatening because of past trauma. So if we go back to the patches of grass example, if someone beat you for not noticing which patches of grass were best, you may become hypersensitive to grass quality to the point of an obsession.”

What’s important with HSP is recognising the positives and using them in a way that’s in harmony with the individual, wider society and the workplace. With HSP we have a long way to go for three reasons: it’s not widely known, it’s misunderstood or identified as something else, and because in the Western world we have silly taboos about sensitivity.

“Traditionally-handsome, silent men have a particularly rough time of being sensitive because women – and other men – expect them to be a certain way, which they’re simply not. And other HSP men, whatever their builds, will often go out and become as athletic/muscular as possible to cover up their sensitivity. Robert Kennedy is a great example of an HSP man who struggled due to the environment he was brought up in.”

In the workplace, we’re really losing out if we don’t build environments conducive to HSP success. HSPs in the workplace can deliver many benefits; they are more aware of subtleties, can pick up on potential problems before they become severe and they can more deeply analyse problems. They may also be more likely to make correct interpretations of social situations, which is obviously beneficial in a sales environment. This is despite the fact – to the detriment of our organisations – that most sales environments innately push HSPs away because they simply aren’t built to support them.

This interview with Elaine is part of a three-part series on highly sensitive people. We’ll be following up with an article from Janine Ramsey, who’s an Australian expert on HSPs in the workplace and how companies can create environments for them to thrive.

I recently took Elaine's test and had 15 of the traits and I will confess to feeling relieved. I am an extrovert but put me in a noisy room full of people and I want to run for the hills.

Why? Because I am really sensitive to noise & smells and I can feel the vibes that other people are giving off. I am not abnormal, I am simply hyperaware. Also being "highly sensitive" has nothing to do with being "super sensitive" - I cringe at certain noises and smells not at negative comments or situations.

Elaine's work helped me understand why I hated working in an open plan office, especially when the men would spray their deodorants! I'd feel like I was suffocating because all I could smell were the chemicals and my colleagues would tell me I was overreacting, ignoring my pleas for them to use the stuff in their bathroom!

It's great to see you championing this here, Jamie. Hopefully it will create more understanding for the workplace.

Thanks very much for the comment - glad you enjoyed the content. I think it's very important to raise awareness of these traits so that HR understands why people respond to things the way they do and can ensure the working environment creates opportunities for success for everyone.

And good point RE: hyper-sensitive and super sensitive but I'd also point out that even if someone was hyper-sensitive to rejection that doesn't mean they are super-sensitive to it - it may just be that criticism results in an emotional spike but it's just a physiological response that the adult in them has learned to control. Cognitive-wise, they are already reflecting on the criticism and contextualising it in a mature way.

In life and in work, it's important we judge/penalise/encourage people for how they act, not how they feel.

What else would you like to see on site?