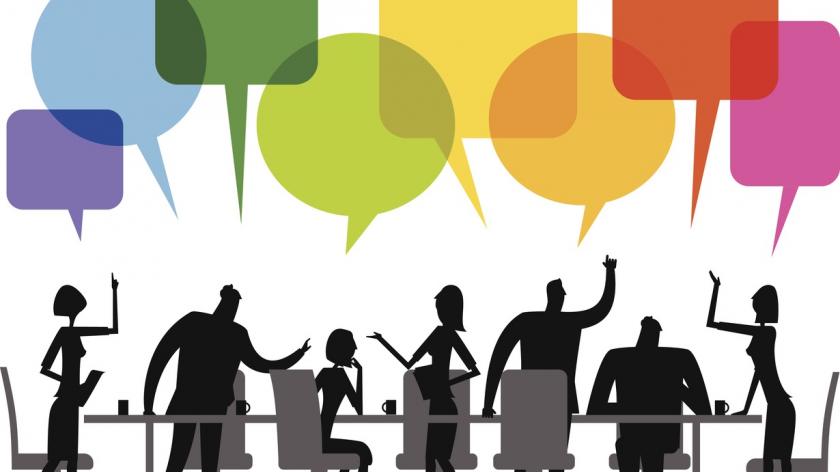 Why we need a new approach to conflict resolution

Conflict between employees and their co-workers, with managers, within teams or with their employers is inevitable. It goes by many names: falling out, feud, fight, battle, disagreement, grievance or complaint, to more severe forms including bullying, harassment and discrimination. The problem is rife. The CIPD estimates that four out of ten employees in the UK has experienced some form of interpersonal conflict in the last 12 months.

Whatever form it takes, the costs of conflict are great, for both individuals and the business. If conflict is left to fester or it is managed badly, it can have a negative impact on everything from employee engagement and motivation to corporate competitiveness and productivity.

In the worst-case scenario, it can lead to expensive litigation and take up hours of HR and management time.

Ensuring conflicts are resolved quickly and effectively is an area where HR should be taking a strong lead. But as responsibility for people processes has increasingly been devolved to front-line managers, practitioners appear to have lost both the territory and the confidence to implement up-to-date resolution techniques.

HR are stuck in a paradox. On one hand, they are the enablers of a competitive, efficient and resilient business environment and on the other, they are custodians of a policy framework which has a chilling effect on relationships and which undermines, trust, mutual respect and co-operative problem solving.

Traditional approaches for managing complex people issues no longer work in our current climate of change, uncertainty and political turmoil -  especially at a time when the headlines are demonstrating on a daily basis that trust in leaders and organisations has been severally eroded.

In fact, I would argue that they have never really worked. They stick a plaster over a problem or worse, they unwittingly make the problem worse.

According to the CBI, unresolved conflict is costing the UK a staggering £33 billion a year. We need nothing short of a resolution revolution – and HR needs to up its game so it can lead the charge.

Out with the old …

The problem with the way organisations are currently tackling conflict is three-fold.

This lack of coherence results in the organisation becoming increasingly reactive and directed by procedures rather than the needs of real people. This obsession with process, coupled with risk aversion, is a direct contributor to the escalation of conflict.

The second issue is that line managers generally lack the courage, the confidence and the competence to deal with conflict . They often don’t understand the difference between the healthy conflict that leads to innovation and new insights - and dysfunctional disputes that tear teams apart.

When personality clashes, personal agendas and the pressures of change start to cause turmoil and disagreement, they sweep the problem under the carpet, hoping it will go away.

Although this is clearly not the best approach, it is easy to understand why line managers adopt this stance. Conflict management, empathy, positive psychology, self-awareness, problem solving, negotiation and communication skills are viewed as ‘soft skills’ (aka NVI - Not Very Important).

As a result, these core skills are not embedded into organisations learning and development frameworks or prioritised when it comes to hiring future leaders and managers (link to other article).

The third problem lies in the formal HR rules and policies which organisations are so strongly wedded to.

When disputes escalate to the point where they can no longer be ignored, the typical response is to reach for the staff handbook and pull out the disciplinary and grievance or bullying and harassment policy.

Unfortunately, these procedures drive a culture of dispute escalation rather than dispute resolution. They plunge parties into an adversarial and divisive process, rather than sitting them down round a table to engage in collaborative, adult-to-adult dialogue.

The situation quickly polarises, the parties become entrenched and the problem escalates.

As the oft-heard mantra goes, ‘as long as we follow the Acas code we’ll be alright’. No, we won’t. That’s not conflict management, it’s conflict avoidance and it is ruining people’s lives and damaging our organisations

… in with the new

The UK and our world is changing faster than we’ve ever seen. Automation, AI, globalisation, climate change, an aging population, continuing austerity, Brexit and deep rooted divisions in society plus the rise of social media are having a huge impact on us all.

We need organisations who are ready to take a risk, while at the same time willing to embrace a values based, person centred approach to people management.

New style resolution policies (such as the TCM Model Resolution Policy) support this shift. These policies are values based and promote a wide range of interventions which are constructive and collaborative. They include techniques such as early triage assessments, early resolution meetings, mediation and facilitated round-table discussions.

Such approaches encourage people to engage in healthy, cathartic dialogue that helps them sort their differences out and move forward.

HR practitioners have been slow to embrace these new generation approaches, mainly because they are concerned that if they step outside of traditional procedures, they could be leaving the company open to expensive and reputation-damaging litigation.

Forward thinking organisations are demonstrating that this is not the case. These organisations are embracing resolution which in turn is providing lasting solutions to conflict and helping managers to develop the high-level inter-personal skills and emotional intelligence they need to get the best out of their teams.

The time has come for HR to take its courage in its hands and stop seeing conflict as something to be afraid of.

Practitioners need to take a step back, up-skill themselves and others, and think about how they can build the positive, resilient cultures organisations need if they are to meet the unprecedented challenges now facing them.

David Liddle is the founder and CEO of the TCM group, a UK mediation and conflict management consultancy, and author of ‘Managing Conflict: A Practical Guide to Resolution in the Workplace’, Kogan Page/CIPD, 2017

For the past 20 years David has been successfully promoting the principles and practices of mediation, collaborative problem solving, person centred HR and ER practices, values based leadership and non-violence.

In 2001, David established The TCM Group. TCM stands for Total Conflict Management. TCM are the UK's leading providers of...