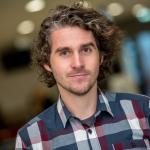 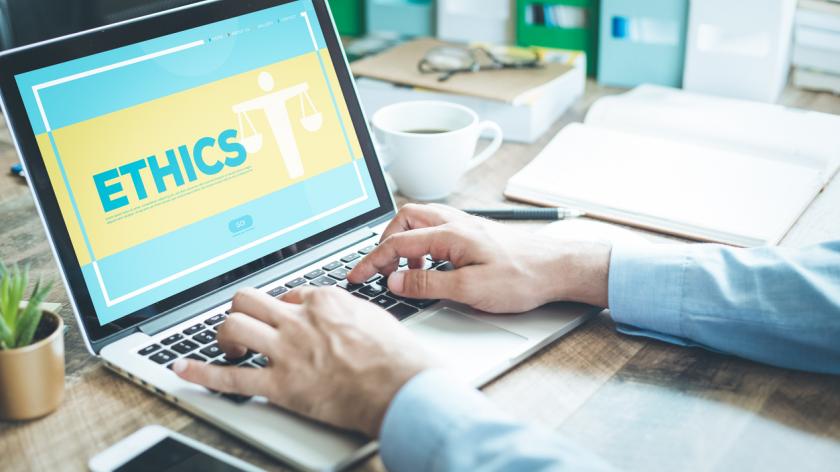 Why do unethical practices go unpunished in business?

There's so much rich insight coming out of the academic sector that HR professionals need to know. At Academics' Corner we feature the best HR researchers that tell you what they’ve found and what you need to do differently on the back of the research.

In a competitive trading environment, ethics can sometimes take a backseat to commercial interests, but it's been proven that a lax approach to ethics can seriously affect your bottom line.

Take a look at today’s headlines and you are likely to encounter at least one business ethics scandal.

Sometimes these scandals even make the front pages of the world's papers, for example in the case of the illegal phone hacking by The News of The World, the LIBOR rigging by Barclays and the car emission fraud by Volkswagen.

Often, they involve longstanding unethical practices that yielded competitive advantages, at least until the firms were caught.

This raises the question:

Are managers really unaware of the unethical actions of their employees or are they willingly turning a blind eye?

In a series of studies, we set out to answer this question.

We examined managers from a variety of disciplines and tested their responses to unethical behaviour. Our findings suggest that working in industries with strong market competition changes how managers look at ethical transgressions. They are more likely to overlook the moral aspects, and base their response primarily on practical and instrumental merit rather than moral considerations.

For example, we presented managers with a case in which one of their employees intentionally over-insured clients (i.e., sold the same insurance twice) and asked managers whether they would discipline this employee.

In contrast, the responses for managers in a less competitive environment were unaffected by whether the unethical act resulted in organisational losses or benefits: they punished unethical employees regardless of the profitability of their transgression.

Managers are often unaware of the moral aspects of their situation, focus solely on business concerns and this undermines their ability to make moral decisions. In other words, because businesses are often preoccupied by the need to stay ahead of the competition, managers can often assess malpractice for its functional or institutional merits and ignore ethical procedure entirely.

In a sense, managers fall prey to the system in which they operate. Competitive environments provide several cues to managers that the appropriate course of action is to simply focus on the practical business solution above all else.

For example, the frequent use of expressions such as ‘targets’, ‘cut-throat competition’ and ‘budget cuts’ on a day-to-day basis can serve as reminders that instrumental concerns are more important than moral considerations.

Strict deadlines, targets, commissions and bonus schemes are further signals to managers that the bottom line (profit/outcomes) should be their top concern.

Needless to say, there are downsides to focusing on the bottom line when this results in unethical behaviour being condoned.

Unethical behaviour that once yielded competitive advantages can come back to haunt organisations in the long run, as seen in the demise of News of the World and Volkswagen losing almost a quarter of its market value.

On top of that there are also important implications for HR that go beyond reward systems of organisation: employees with good intentions who play by the rules won’t respond well to seeing their co-workers getting away with, and perhaps even getting rewarded for being unethical.

This will feel unjust and hurt morale in the team. And, it may lead to employees adopting unethical tactics to obtain good outcomes (e.g., status, bonuses) for themselves. Employees with a particularly strong moral compass could choose to leave the organisation. Ultimately, condoning unethical practices for short-term gain can be highly detrimental to the long-term survival of organisation.

It is complex and there is no easy solution. A first option would be to increase the cost of tolerating unethical practices by introducing more strict industry regulations and increasing fines and chances of getting caught.

Our findings show that managers in competitive industries tend to make decisions from purely economic standpoints. Therefore, there is a higher likelihood that they will take action if these transgressions hurt their companies’ bottom lines/reputations, resulting in loss of clients or business.

This solution is not without its limitations. Installing and enforcing regulations can be costly and ultimately, although it taps into the economic reasoning of managers, it will keep this mentality alive or even worsen it unless it also stimulates more moral reasoning.

A second, more sustainable option is that organisations embed moral values in their organisation.

It is laudable that many organizations nowadays have a code of ethics and may even run an ethics training program for their employees to show a willingness to stimulate morality.

What organisations should realise however, is that the positive impact of such formal ethics programmes is at best questionable when it is just a one -time morality moment and not part of the bigger organisational culture.

Formal ethics programmes often assume that employees and managers are aware of the moral aspects of their daily decisions, whereas our research (and other research in the field of behavioural ethics) shows that such moral awareness is in fact often lacking.

Ethics as a part of culture

If organisations truly want to make a change, they should integrate ethics into their culture, language and day-to-day operations in order to become standard procedure. Additionally, they need to train managers from all levels in how they can provide ethical guidance to employees.

Leaders need to communicate the importance of best practice, reward ethical behaviour and punish immoral behaviour and create a trustworthy environment in which employees are not afraid to discuss ethical dilemmas with them.

We believe that developing a reputation for ethics could have positive side-effects. For example, similar to companies with a reputation for sustainable business, customers and clients may prefer to buy from or work with ethical companies.

Moreover, an ethical company may be better equipped to attract and retain talented professionals with a strong moral compass.

Ultimately, organisations should ask themselves: what is the more sustainable business model? Creating competitive advantages in an ethical or a purely economic manner?

Interested in this topic? Read Corporate scandals: how HR can help avoid them.

Niek Hoogervorst is Assistant Professor in the Department of Business-Society Management at RSM Rotterdam School of Management, Erasmus University

A staggering revelation, worth all the time and effort it took to reveal.

And the higher the risk and potential reward, the likelier the chance of an ethical lapse being overlooked. Who could have foreseen such a direct correlation?

Intellectual rigor at its very finest.

Not every article or piece of research can (or should) unearth some previously unknown/unexpected result. Business academics exist to look into business issues, cast previously held assumptions aside and discover what is actually going on - in order to inform teaching and general business practices.

Is 'ethics' a prescient business issue today? I'd say so. Are HR professionals and businesses looking for guidance on how to improve ethical standards? I think they are.

Therefore, I think Dr Hoogervorst's research has merit and provides a couple of pointers about how companies should approach the issue.

It might not be mindblowing stuff, but if academics didn't look into the pertinent issues like this, nothing would ever be learned. And bear in mind that this is likely a short summary of a few key points in a much larger study on the topic.

This will be from a peer reviewed paper, likely accepted to a leading academic journal on the basis of its relevance and the satisfaction of key criteria regarding it's academic robustness.

Probably worth bearing in mind next time you fancy making a cheap shot at somebody else's work.

I whistleblew endemic criminal corruption (as verified by the Vic Police Fraud Squad) in Telco infrastructure construction. This is a key reason why Australia's NBN fibre rollout is the world's most expensive, and have met with PM Turnbull to explain (he gave me a hug). I was rewarded with an exclusive redundancy offer, including counselling on job transition.
My counselor had assisted a CFO. Who'd resigned whenever asked to do anything unethical - six times. Every one of those CEOs grandly announced the recruitment of a person of integrity, yet within a year or two would request adjustments to the figures.
It's ingrained in humanity.