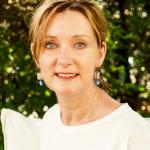 5 steps to building a winning team 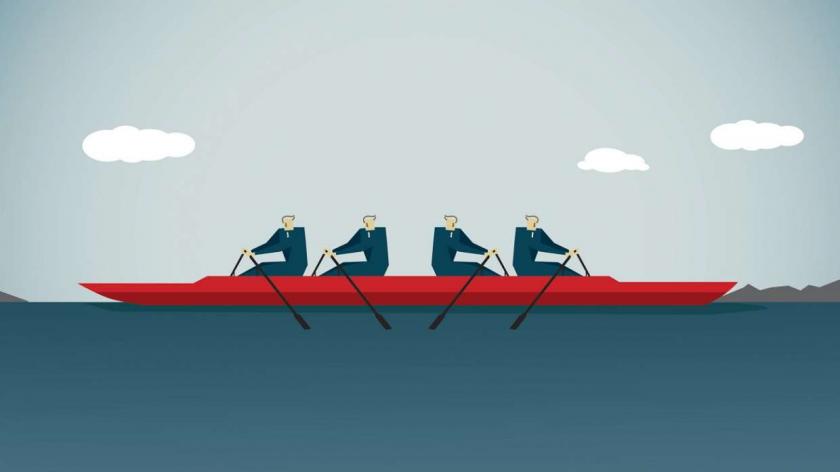 What to do about team conflict

There’s conflict and there’s conflict – the productive conflict that energises us when we’re grappling with complex tasks together (we often see that in winning teams)   - and the non-productive, energy-draining conflict which is something different entirely.

The latter causes people to dread Monday mornings; to loathe team meetings   and to focus on survival (which often means they fight, flee, freeze or appease).    The conflict can cause low-level irritation or, in a couple of severe cases I’ve seen, individuals going off sick with stress.

Either way it can’t continue.  The costs – personally, financially and in terms of time wasted – are too high.

If you’re leading a team where there is a significant amount of unproductive conflict, people are looking to you to take action; to ‘sort it out’.

And maybe you’ve tried or you feel stuck or you feel you don’t have the language or skills to tackle it.   Maybe things improve for a little if you have ‘a conversation’ but then they go ‘downhill’ again.

Here’s what Nicola Rowe, Senior Leadership Development Manager at the Co-operative has to say:

“Just because a group of people work together it doesn’t mean they automatically become a team."

"The most effective and engaged teams I have seen recently have made an effort to get to know more about each other as individuals and deliberately focus on how to get the best from each other. It doesn’t have to be time consuming or involve big social events and it isn’t just the leader’s responsibility, everybody has a contribution to make.

In this article I’m going to share with you what I know about managing unproductive conflict in teams and give you some strategies to deal with this once and for all.

Firstly – it might sound brutal but some teams need to be broken up.

They simply cannot continue in their current state.

This is most often the case when two team members of the team are in deep, entrenched conflict and often with a lot of historical ‘baggage’. Their conflict creates havoc in the team and more widely. Years ago I worked with a team where, for many reasons, it was the leader who had to go.

The organisation weren’t biting the bullet until it was absolutely clear that there really was no other option.

He had lost the trust of his team members and there was no going back.

Secondly – where the conflict is very evident between two people in the team, you should consider mediation for them.

If one or either of them refuses or it simply doesn’t lead to any change, revert to my first suggestion.

Thirdly – if there are silos or ‘factions’ in the team then work needs to be done to bring them together. It’s unlikely that a one-off awayday will result in any meaningful change.

Paintballs and raft building won’t work either in the long term (or any version of same).  Please don’t go for the sticking plaster approach.  It’ll waste time and money.

I’m often called to help teams in that third category (and politely declined to work with teams where they need to be taking option one!).

In all cases the team comprises a group of talented individuals who could perform at an even higher level and be much happier if they resolved the often unspoken issues between them.

If your team is willing to engage and contribute to improving things (even though there might be some cynicism at first) and there are no competency or ‘poor performance’ issues then you have a good basis from which to start work.

If they’re not…. Then go back to one of those first two options!

So where to start?

Firstly I think you need to be absolutely clear on what you want to achieve and why.

A future focus approach will serve you better than going back over the past, blaming, points scoring and going round those same old loops.

So plan your approach carefully and think about the language you use.   Write it down.  Test it out.

‘I would like to dedicate some time over the next six months to building this team so it’s fit for the future. We’re a talented group of people but we don’t always work at our best as a team and I want us to change that together.    If everyone is willing I’d like to make a start with….xyz.’

Then ask people to share their thoughts on your proposal.

If the thought of this fills you with horror or you really don’t know where you would start or you think you’ll get resistance to the idea, my strong suggestion is that you bring in the professionals.

By this I mean highly experienced team coaches who can create a safe environment for some often difficult work to be done; who can sensitively help you get to the heart of the real issues so that they can be dealt with constructively and practical solutions can emerge as a result.

You don’t want a ‘talking shop’ where no action is agreed but you also don’t want ‘action planning’ without any discussion of the real issues at play. Do NOT work with a coach or facilitator who is scared of strong emotion or rocking the boat or someone who will collude with your avoidance of the difficult issues – you won’t be any further forward.

You want someone who can be the ‘voice in the room that is missing’. That ‘voice’ is able to ‘call out’ the elephant(s) in the room without blaming; help team members have clear and honest conversations and give honest feedback and help your team see the patterns of behaviour that play out and that prevent you from being as successful as you could.

That said, there’s a lot you can do yourself as a leader.  If you go back to my article 5 steps to build a winning team I’ve given you five really practical exercises that you can adapt with each building on the other.

"Our approach when faced with conflict in teams is always to focus on the Trust’s values first, then how these values translate into team behaviour. We’re often asked for ‘team building days’.

"Rather than design and facilitate stand-alone events, we prefer instead to hold discussions with each of the team members and a follow up feedback session to share the key themes with the whole team. The intervention, if there is one, will fall out of this diagnostic stage but at all times we hold the team responsible for designing their own outcomes rather than ‘doing’ team development to them.

"One thing we do know is that there is a need for greater skill and/or confidence amongst our leadership population to have really robust ‘coaching conversations’ within teams. This would potentially nip conflict in the bud at an early stage, whilst further developing our ability to challenge each other in emotionally intelligent ways.

"This is something that, as a Trust, we are focusing on very strongly right now, including how we can create environments where conflicts can be aired safely and resolved satisfactorily.  This is a current challenge as more of our service teams become virtual teams who work remotely.”

I’m pretty sure that if there is conflict in your team then the C word (communication) will be part of the problem.

Never, ever allow yourselves to agree to ‘communicating more effectively’ without being absolutely specific about what you mean.

Do you mean that you will talk more and email less? Respond to emails within an agreed timeframe?  Ensure everyone speaks at the meeting and everyone listens without interrupting?  You need to get absolutely granular, here.

Environment – going ‘offsite’ even for a couple of hours can make a big difference.

One team I know are fortunate enough to work by a river and they did the ‘Building Trust’ exercise in pairs outside last summer.

Another does one meeting a month in the local coffee shop – they use it as an informal ‘catch up’. It’s working much better than what they used to do which was to ‘go round the room and say what you’re working on right now’ (yawn).

The point is, they’re getting to know each other as human beings and this has had a big impact on their working relationships. Why? Because as well as building empathy and understanding it stops them making so many of the assumptions an stories  about each other that often lead to conflict.

Make it a priority – if you’re always ‘too busy’ to do this work I put it to you that you’re using time poverty as an excuse.  As the saying goes, ‘if you keep on doing what you’ve always done…..’

Finally, if you’ve got conflict in your team, how much is it costing you personally, professionally and financially?

And what would it be like if you could nail it once and for all?

I cut my leadership 'teeth' in junior and senior operational leadership roles across different contenents in the travel industry and led multi-cultural, and sometimes virtual,  teams in Europe, America and North Africa.  This gave me first-...