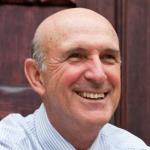 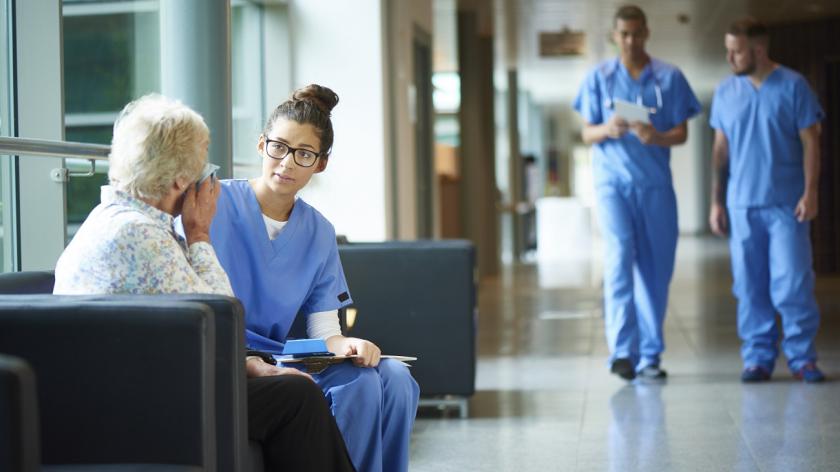 The Positive Organization: Two hospitals, two cultures - but why?

In this three-part series, Professor Robert Quinn looks at how HR can stop being in the 'bandage business,' and how they can harness the findings of his research on Positive Organizations to emerge as a strong strategic business partner. This is part two. Read part one and part three too.

Here’s a story about a friend who went with a team of colleagues to visit a hospital that I’ll call Hospital 1.

They were warmly greeted at the front door by a man in a top hat. Inside, they saw the usual information desk and waiting area, but also spaces available to the community for such things as weddings and cooking classes. As they toured the hospital, they got the impression this hospital was like a five-star hotel.

Then they bumped into Hospital 1’s CEO, who welcomed them and asked if he could help them in any way. He chatted with them for a half hour and shared his vision and philosophy.

During the rest of the tour, they asked the employees about the CEO.

People at the lowest levels talked as if they had a personal relationship with the man. They spoke with pride about the vision and values of the hospital. There was a positive culture that seemed to focus, unify, and animate them.

My friend and his associates left deeply impressed. While they were all doctors who have spent their lives in hospitals, it was clear that they had just observed a hospital that exceeded their expectations.

They had encountered a truly “positive organization.”

Shortly thereafter, my friend was dropped off at the front door of his own hospital: we’ll call it Hospital 2.

As he walked in, he was met by a gruff woman who wanted to know if he was a student. He explained that he was a surgeon and was scheduled to operate. She would not grant him entry, citing hospital policy.

He would have to go back out and walk around to the employee entrance. The surgeon tried to handle the situation artfully, but the woman threatened to call security. He went back out.

A few days later, he related what had happened in a meeting with a senior officer of Hospital 2. This person responded to the story by asking for the name of the woman. The executive wanted to fire her.

When we focus on a problem, we are not seeing the whole system.

To the administrator’s mind, firing the woman was the right thing to do. He wanted to establish and maintain order and control. He wanted to make the hospital run better.

A person who seeks a predictable, smooth-running organization often focuses on disruptions and disruptive influences: the natural inclination is to fix those disruptive problems. In this case, the knee-jerk solution was to fire the woman.

But when we focus on a problem, we are not seeing the whole system.

Likewise, when we focus on a single person, we are not focusing on the culture of which that person is a part.

Asking the right question - do you know what it is?

When people focus on the part rather than the whole, it does not occur to them to ask a most important question: How might the entire culture be reshaped so the people flourish in their work and exceed expectations as they perform?

I had the opportunity to work on a project designed to improve over 60 nursing units in Hospital 2. The work proved to be a great challenge.

Each time we surfaced some positive practice that might improve a unit, one of the directors would explain why it was impossible to employ it.

When we focus on a problem, we are not seeing the whole system.

As we sought to modify their beliefs and elevate their aspirations, we began to examine the nursing units more closely. We looked for a positive exception, a unit that defied the conventional culture of the hospital. The exception was easy to find.

When we asked administrators if there was such a unit of excellence, they all answered in the affirmative and named the same one, which I will call Unit 5.

Unit 5 served children who were seriously ill. This was demanding work, and yet they were usually first or second on every hard performance measure. Measures of morale were also high. In many of the other units, turnover was high; in this unit, however, the turnover rate was close to zero, and there was a long list of nurses waiting to transfer in.

The curious case of Unit 5

Other units in the hospital also served populations like Unit 5, but none performed like Unit 5, which took a unique approach to everything they did.

For example, every unit had been given money to hire a hostess to greet new patients. Nearly all the units hired a nurse.

Unit 5, however, hired a drama major and then sent her to clown school. When very sick children and anxious parents arrived on the unit for the first time, a very skilled clown greeted them. Within minutes, they felt they had become part of a special community in which they would be treated as full human beings.

When we interviewed the nurses in Unit 5, they told stories of people going the extra mile to take care of patients and each other. They spoke of collaboration and achievement. It seemed to be a place of high commitment and compassion.

The people we interviewed spoke of the unit director in the same way the people in Hospital 1 had spoken of their CEO. In our interviews, some nurses actually shed tears as they spoke of their leader.

Their descriptions suggested that she was deeply committed to creating a positive unit, where the people around her flourished, in a conventional hospital.

Do you aspire to survival, or to flourish?

These cases show that very often, survival, not flourishing, is the aspiration of conventional managers. They do not look for or expect to find excellence.

Very often, survival, not flourishing, is the aspiration of conventional managers.

When they do find excellence, they tend to ignore it rather than examine and learn from it. Everyone knew about the excellence of Unit 5, but it never occurred to anyone that it was possible to use that success as a lever for creating a more positive culture in other such units.

The questions that drive positive organizing are these:

There are answers to these questions and they are found in my book, The Positive Organization.

In the next piece in this three-part series, I show how one Chief People Officer used positive organizing to reinvent her organization and herself. I encourage you to carefully examine her experience.