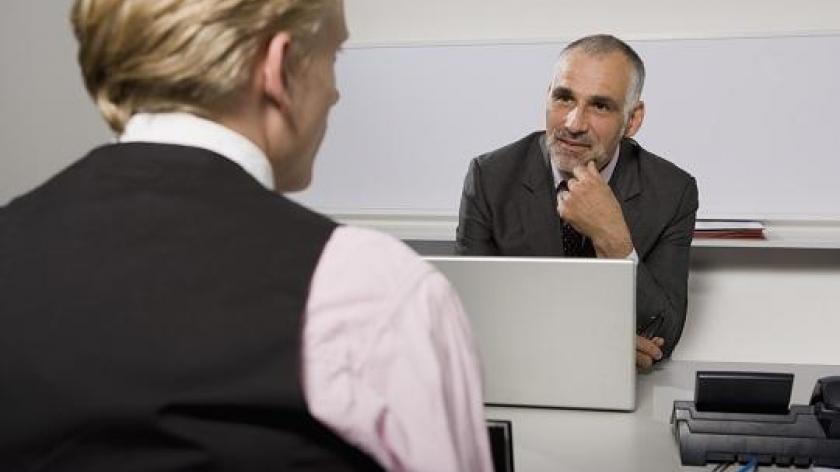 The Neuroscience of Interviewing - Part 2

This article is the second of a two-part series. View the first article: The Neuroscience of Interviewing - Part 1

Welcome back. I am so glad to see you again and that you have chosen to continue our dialogue. You will remember from our last meeting that we explored the topics of growth and fixed mindset, the impact of stress on the candidate’s performance and lastly how our own desire to minimise threat and maximise reward impacts our behavior as an interviewer.

At our second meeting, I would like to explore the impact of unconscious bias on the selection process.

We have all heard the anecdote that interviewers make their minds up in the first four seconds of meeting the candidate. There are some who say we should ignore this and base our decision on the objective process that follows. But hold on a minute, let’s explore what’s happening here and see whether we are missing valuable information if we ignore this.

This is a reaction that goes back to “saber tooth tiger” days. Immediately, on meeting someone we evaluate whether they are friend or foe. We actually do this much quicker than four seconds, it is more like under a second. We are basically deciding “Will this person eat me or can I eat them?”

Today, since we no longer get eaten by saber tooth tigers, this is a vestige of that immediate decision making process. My advice would always be, listen to this intuition, and then dismiss it whilst you continue with your objective interview process. If indeed that is possible, in view of what follows.

What is decision bias?

Research by Daniel Kahneman shows we have two thought systems. One is a fast instinctive and emotional brain system and the other a slower, more deliberate and logical system. Often when we make decisions our fast intuitive system jumps to conclusions or takes shortcuts that the rational system doesn’t question.

As always, there are pretty good reasons for this; chief amongst these is our need to take in and process lots of different information in a very short space of time. The downside of this, is that we sometimes become biased without being aware of it.

I was staggered when I did a search on Wikipedia for different types of bias. There were more than 150. Here are just a few that may be at play in the interview process:

This refers to our tendency to favour information that confirms our pre-existing beliefs or hypothesis. So incidentally, this is why it is so difficult for us to let go of our initial intuition discussed above. We make this judgement and then we look for information to confirm it.

There is also a tendency for us to assume that our own opinions, beliefs, preferences, values and habits are 'normal' and that others also think the same way that we do. According to Jason Mitchell, this effect is heightened if we judge that the other person, or in our case the candidate, is similar to us. The more like us, the more likely they are to think the same way; even on totally unrelated issues like food preferences, for example.

This cognitive bias tends to lead to the perception of a consensus that does not exist, a 'false consensus'. So we may think that because the candidate is like us, i.e. they are dressed similarly and went to the same university, we assume that they are also likely to like the same things we like and hence fit in perfectly with the team and company.

This is clearly not logical but our desire for shortcuts blinds us and we unknowingly automatically make this assumption.

This is the psychological phenomenon by which humans pay more attention to, remember better, more frequently recall, and get more aroused by negative rather than positive experiences or other kinds of information. So in an interview situation, for example, if a candidate shares one piece of negative information, a project that failed or a graduate disclosing that they failed a module at university, we are more likely to remember this and focus on it in our decision making despite all the other positive evidence we may have gathered. So in situations, where the recruiting manager says “I really like this candidate and they have some great experience in recent years - but I’m concerned about that project that stalled in their first role ….” might be an example of negativity bias.

The physical attractiveness stereotype is a term that psychologists use to refer to the tendency to assume that people who are physically attractive also possess other socially desirable personality traits.

Many studies (Dion et al., 1972; Miller, 1970) have found that people tend to think that more attractive people are also happier, outgoing, successful, kinder and have many other positive traits.

Unfortunately, we are all subject to these biases and many more. And perhaps the best way to combat them is to be aware of them. One interesting way to explore this further is to take the IAT battery of tests.  This will alert you to any unconscious biases that you most certainly have.

Other measures may be to ensure that a number of assessors are involved in the process and that you resist sharing views about candidates throughout the process until a final evaluation is made.

So, as your interviewer today, my final question to you is this: “how brain-savvy is your interview process?” And having attended both interviews, “What will you do differently in your next interview?”

Once again, thanks so much for coming along. I’ll show you to reception.

This article is the second of a two-part series. View the first article: The Neuroscience of Interviewing - Part 1