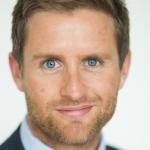 Social media defamation: the digital revenge of the ex-employee

In July 2014, the BBC's former political correspondent, Laura Kuenssberg, caused controversy when she reflected her change of employment by amending her Twitter account name from @BBC­_LauraK to @ITVLaura_K, taking with her in excess of 50,000 followers and demonstrating the power and influence of social media.

In today’s working environment, employees have a much wider platform on which to promote themselves, which can potentially become a problem when they move companies. Existing accounts on social media forums such as Twitter can, if not carefully managed, cause harm to an employer's reputation.

Employers increasingly face the difficulty of drawing distinctions between personal and professional social media accounts and the continuing access to customers/clients readily available to former employees.

Fortunately for employers, where statements published by former employees are false and defamatory, and cause, or could lead to, significant harm to a company's reputation, there are civil and criminal remedies potentially available.

Where statements are not “abusive” (such that criminal sanctions are unlikely to apply), but are nonetheless false, civil remedies may be available in defamation under the Defamation Act 2013 ('the Act') including, albeit on rare occasions, injunctive relief to protect employers and to force publishers (and, in limited cases, the Internet Service Provider) to remove disparaging remarks. To rely on the Act, corporate employers must ensure that:

1. The statement refers to them

A claim must be brought by the injured party. As such, the employer must be named, pictured or identifiable in the statements made by the former employee.

2. The statement is defamatory

There is no single, definitive judicial interpretation of what constitutes a defamatory statement. Sim v Stretch [1936] 52 TLR 669 HL defines the question to be asked as “whether the statement tends to lower the claimant in the estimation of right-thinking members of society generally”. Moreover, in light of the Human Rights Act 1998, the courts will not restrict a person’s freedom of expression without sufficient cause to do so.

Recent case law, such as in McAlpine v Bercow 2013 EWHC 1342, has shed some light on the Courts' response to attempts to hide under the cover of innuendo. Such attempts will not protect the employee where the innuendo meaning “can be implied from the words complained of, particularly where past employees will be known by the public to have “insider knowledge”.

Before bringing a claim, employers should also consider:

1. Does the publisher (i.e. the former employee) have a defence?

One of the most relied-upon defences available is that "the statement complained of is substantially true.”

2. The statement has been published to a third party.

3. The claim was made within one year of publication.

Time begins to run from the date on which the statement first appeared, known as the “single publication rule”. Typically, employers seek to take action in respect of online defamatory statements within hours or days of publication.

4. Who is publishing the statement?

Individual publishers who post comments (such as the ex-employee) now have more responsibility for their statements.

Previously, many claimants sought to take action against website operators on the basis that they were deemed to publish the defamatory remarks posted on their site. However, sections 5 and 10 of the Act now afford greater protection to website operators if they were not the poster of the statement, and if they comply with the requirements of the Defamation (Operator of Websites) Regulations 2013 (“the Regulations”).

5. Whether the statement, if defamatory, has caused, or is likely to cause, serious financial harm.

Where an employer is a corporate body trading for profit, it must be prepared to evidence that the financial harm suffered, or likely to be suffered, is of a “serious” nature. It is possible that an apology published by a former employee will be sufficient to minimise the harm. However, the definition of “serious” will be subject to dispute and to the Courts’ interpretation.

If the former employee who has posted the statement is identifiable, the employer should send a "cease and desist" letter before bringing a claim. That said, consideration should be given to whether such action might, in the circumstances, simply "fan the flames" and make the situation worse. Much will depend on the nature of the remarks and the size of the former employee's potential audience.

Case law under the provisions of the Act is still in its infancy, making it very difficult to predict the outcome of taking claims through to the Courts. If employers move quickly and handle the issue well, information can often be removed from the web without the need to issue a claim.

More often than not, the easiest and quickest route is to persuade the owner of the media platform and/or the ISP provider to remove defamatory remarks by sending a formal notice, coupled with a targeted "cease and desist" letter to the former employee, containing a threat of proceedings.

In our experience, this is often sufficient to deal with most matters. However, employers should always remain vigilant in monitoring online dialogue, and should implement relevant policies and contractual provisions to give themselves the maximum protection available.

Tom is an Associate in the Employment team at Michelmores.