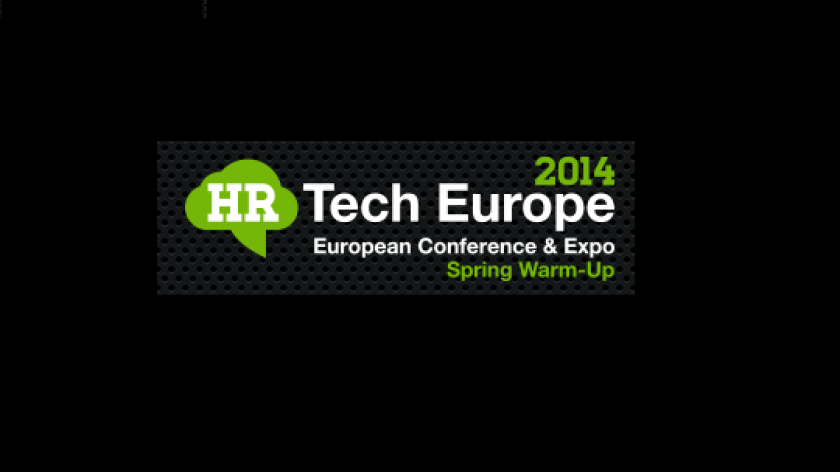 This was the second year that HRN Europe, which organises the sizeable HR Tech Europe event in Amsterdam in October, put on their smaller, shorter event in London – a ‘warm-up’ designed to explore content topics and ask questions to build up enthusiasm and excitement for the main event.

The event took place at the QEII Conference Centre, across the road from Westminster Abbey and just down from the Houses of Parliament. Last year, the event attracted 350 people. This year there were 500, and the venue felt busy. There was one floor for the main auditorium and the expo, and then break-out rooms for focused content streams on other floors.

Many of the big vendors were in attendance, including key sponsors Oracle, SuccessFactors, IBM and HireVue.

The main content streamed opened with a keynote from Adrian Furnham, Professor of Organisational Psychology at UCL. The message was clear and set the tone for the rest of the day: HR is dealing with a new world order because of social trends, technology and other agents of change.

The next talk came from Mark Martin, who was also emcee for the day. Mark is the ex-HRD of Direct Line Group (read our Mark Martin interview) and his talk was hard-hitting from the beginning. HR technology is an enabler, according to Mark, and HR needs to get on the technology train in a way that propels the company towards an efficient, new vision of HR that focuses on closing capability gaps in organisations, with general HR duties devolved to line managers.

The talk was a hit on Twitter, and generally put a lot of uncomfortable questions to HR, which is also good at events. Food for thought.

While the first two talks were theoretical, there was also a good mix of practical presentations. Both Neil Lewis from Nationwide and Luci Love from natural gas company BG Group reported on their own implementations of HR systems and the challenges they faced.

Luci I think came out with one of the most memorable quotes of the day: “HR and IT might share a bed but we certainly have different dreams."

Jason Averbook’s presentation was last in the day. The event had cleared out somewhat, but there was still a decent crowd for Jason, who is regularly included in HR technology influencer lists.

One of Jason’s key points was something I think HR definitely has to learn – that you can’t do everything, and you have to find the tasks that ‘it’s ok to be ok at.’ The example he gave is spending too much time on the design of payroll slips – they don’t have to be masterpieces.

He also called HR people ‘technologists’ – meaning that they have the power to leverage technology to change how the workplace operates, previously the exclusive domain of the IT function.

Overall, an enjoyable event with good-quality content streams and a mix of attendees – I’m looking forward to the October event, which is on a much larger scale and, accordingly, has a bigger buzz too.

It also tends to attract a broader attendee base from across Europe and the world, which is a good thing. Diversity of attendees is key at these events - no-one wants to hear from and talk to only people who are like them. Both of the HR Tech Europe events I've been to have ranked high on attendee diversity (and speaker diversity), which goes some way to explaining why they are successful.