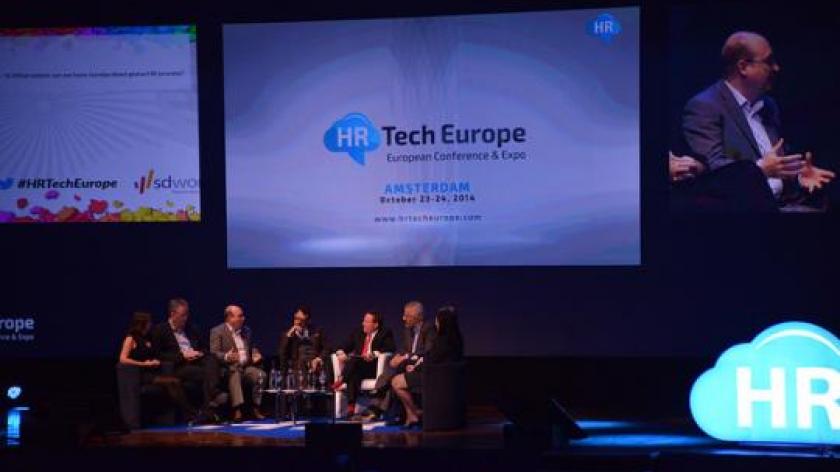 HR has always been a reactive function. And yet you wouldn't think that if you'd been at HR Tech Europe in Amsterdam, on October 23rd and 24th 2014.

The HR Tech Europe crowd seem to understand what technology advocates know innately – if you’re studying the present you’re already behind. The fate of HR is intrinsically linked to business need and there was unity at HR Tech Europe that we must focus on how HR can grow to solve future business needs. Sometimes that takes crystal ball gazing. Sometimes that takes rock-solid analytics. Sometimes it takes a mixture of both.

HR Tech Europe is one of those fast-growing events that feels feverish. Attendees feel a shared sense of ownership for the HR function of the future, like it’s a priceless Ming vase we’re throwing between us between coffee breaks. There’s a common belief among attendees –technology will bring capability and data to bear on the HR function, and that without technology, HR will fail to keep up. At the same time, technology is the enabler, not the saviour. If the business is broken, technology will just magnify that. You don’t need Big Data to know your employees hate you.

2014 was HR Tech Europe’s fourth incarnation and the sense of growth was unmistakeable. Unlike last year the conference sessions were expanded, with four streams alongside the main auditorium. This worked well and allowed delegates with specialisations to focus, for example on HR technology or talent management. It also increased the diversity of speakers that could realistically speak, which showed in the line-up. Many HR events seem to photocopy their speaker list year-on-year but there was definitely fresh blood in the mix of established heavyweights.

On that note, I’m quite frustrated that I missed the talk on HR challenges in the FBI – one analyst told me the FBI representative had previously been a field agent before going into HR, and that you could tell he was ‘government’ from a mile away. Interestingly, the FBI place a high priority on hiring for adaptability due to the fast-moving pace and nature of operational work.

The delegates are a mix of regular attendees and those new to the city, which adds to the vibe as end-of-day cocktails morph into sight-seeing and cold beers downtown. Diversity is key to the success of modern HR events, as is similarity – we want to talk to different people who share the same problems. HR Tech Europe has a diverse crowd from across Europe, plus a decent hardcore of speakers and analysts that come over from the States. Opinions vary, which is great for the discussions. A room full of people that nod in agreement is never a recipe for innovative thinking.

In terms of sponsors, it’s dominated by the heavyweight vendors. There’s strong visibility of the main sponsors across the usual conference areas – lanyards, the auditorium screen, the drinks reception and the Wi-Fi password. Sponsors are also represented in talks and discussions, with VPs and flagship customers giving case study presentations. The vendor panel is particularly enjoyable, with well-known faces from the incumbents grilled (well, to some extent) by industry analysts. The vendors that come across better tend to be those who give more honest appraisals of the industry and their own products in front of an extremely well-informed audience.

Next year promises greater size and scale – two days in London, then one in Amsterdam, culminating in the behemoth – two days in Paris, called HR Tech World Congress, with 4000 delegates under one roof. The number of streams will increase, naturally, as will the scale of innovation that has defined and differentiated the event from others.

Size and scale can extinguish innovation and common-ground, but this year’s event was far bigger than last year and I still felt the buzz when I walked in. There was excitement in the air for next year as I left the venue, which is a good sign that in 2015 there will still be the sense of constantly re-iterating and re-imagining the HR function in order to deliver what the business needs in the future and truly transform HR.

For HR managers and HR directors wanting to be on the pulse of the transformation, it's an event not to be missed. It's not just about technology, but talent management, the social enterprise and other key discussion points that whirl round as priorities in any forward-thinking HR professional's mind.