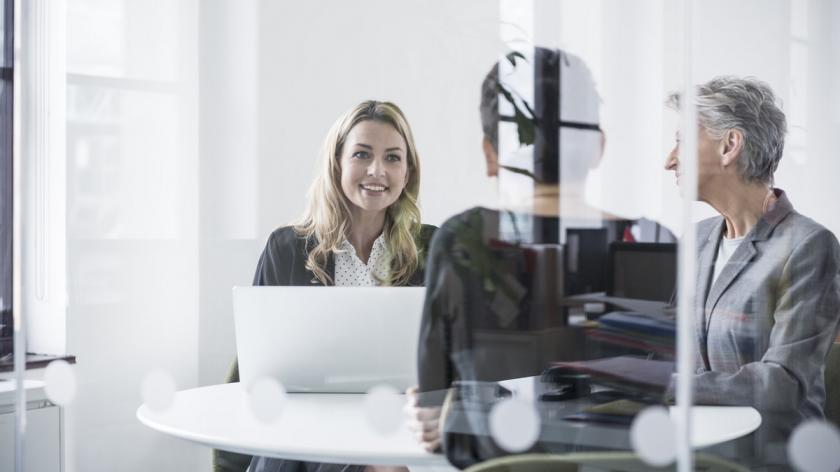 JohnnyGreig/iStock
Senior women in the workplace

The poet W.H. Auden once wrote that civilizations should be reassured by “the degree of diversity attained and the degree of unity retained.” The same could be said of boardrooms and executive leadership teams. Today, the importance of boardroom and top tier executive diversity is universally acknowledged.

However, there remains a gap between aspiration and reality when it comes to women in senior roles. It is becoming essential that companies build a pipeline of female talent as part of their longer term hiring strategy. The questions is, how do you attract and land this scarce pool of highly skilled talent into your organisation when everyone else in the industry is trying to do the same?

On the face of it, traditional approaches to executive search can often be seen as counter-intuitive to successfully hiring talented senior women. There is a body of evidence to suggest that women are less likely to put themselves forward as often for external roles compared to men and are generally more risk averse, either believing they are not ready for the step up, or have a strong sense of loyalty and the guilt factor around leaving their team.

One of the most well-known phrases referenced by the likes of Sheryl Sandberg in her book, Lean In, is Hewlett Packard’s internal research which found that men apply for a job when they meet only 60% of the qualifications, but women only apply if they feel that they meet 100% of them.

The answer, therefore, to make sure that you are attracting the brightest and the best, is for HR and Talent functions, alongside key executive committee leaders to take a coordinated, long-term approach to seek out and build relationships with the top talent.

Critically, identifying and mapping senior female talent cross-functionally in chosen sectors and building longer term networking relationships with key individuals has proved to be a more successful approach than with traditional search. It increases the chances of the individual entering into a headhunting process and for the company it increases the take up rate of senior women agreeing to meet and discuss potential roles.

We have been putting this targeted (qualitative) mapping exercise into practice for a range of clients. Led by market sources and opinions as well as thorough research of individuals’ profiles, we map the best talent in the industry and identify a list of those to approach. Then consulting with the client, we would normally approach the potential recruits for an informal meeting, ideally over breakfast or lunch.

This less formal setting allows both sides of the equation to ‘shoot the breeze’ and get to know each other in a less pressured environment.

After a number of meetings over a period of time, companies will have built relationships with key, talented individuals and, in turn, developed a broad network of diverse candidates, so that when the opportunity arises, the Talent function know who best to approach.

Most of the hard work will have been done and with the relationship already in place and groundwork laid, the chances of a positive response and more informed decision are much higher.

As with most initiatives, this process requires a high level of executive level commitment and ‘buy-in’ up front as well as significant follow through with HR and talent functions to be successful.

The results over a 6-12 months’ timescale, or longer, can be very significant in helping to build a strong pipeline of senior female talent at C-suite and executive levels.

This approach is seldom deployed, but can reap dividends if carefully coordinated and ensure that senior succession planning is far more strategic with a strong pipeline of suitable individuals, ready to step up when the time is right.

This approach also fosters greater diversity in a company’s succession planning and as a result, in the industry as a whole. There is a wide acceptance that greater diversity contributes to better all-round performance, both for companies and consequently their shareholders.

Especially in Financial Services, the focus has shifted dramatically over the last five years from an equality to an economic argument, putting extra emphasis on a more diverse workforce, and in particular, with more senior female role models in place at Executive and Board levels.

Emphasis from the Government and other industry lobbyists on the importance of hiring more senior female talent has been high on the agenda recently.

Sir Philip Hampton, Chairman of GlaxoSmithKline and Dame Helen Alexander, Chair of UBM, were tasked by the then Business Secretary, Sajid Javid, to lead an independent review looking at ways in which to develop senior female talent. The initial report published in November 2016 concluded that companies listed on the FTSE 100 should aim to have at least a third of executive pipeline positions filled by women in 2020.

The Women in Finance Charter is now focusing on targets set by each individual organisation.

This recommendation is in line with other such organisations like the 30% Club founded in 2010. Starting out as a City-centric group, the organisation has evolved, not just becoming one of the leading voices on the issue of diversity and female representation on boards, but also launching a number of networking and cross-company mentoring schemes.

Another initiative which focuses on enabling a platform for women to network and gain insights from others in the workplace is ‘Women Ahead’, set up by Liz Dimmock, as a social enterprise that enables and develops women in sport and business, with a cross company mentoring scheme.

So, if you want to get the best female talent, play the long game.

Get to know the target market and the talent out there, and build meaningful relationships with them, rather than focusing on shortlists for immediate vacancies.

Having implemented a targeted programme of informal networking, within a relatively short space of time you will have built up a valuable and rich pipeline of female executive talent.