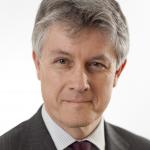 If you're a reward manager, no news is good news

One of the odd things about pay is that you know there’s something wrong when people start getting excited about it.  The aim of the reward manager is to conduct his or her business engendering as little fuss or emotion as possible.

If your people start punching the air with glee when you give them their pay review letter, you’ve probably paid them too much:  if they decline into despondency, you’ve been too mean.  A po face is often what you want.

Unfortunately, in recent years, the noise around pay in general, and top people’s pay in particular has become pretty deafening.  Every journalist and politician has an opinion and the pressure is building for something to be done.

Particular bug-bears include; the increasing ratio between top pay and everybody else’s, the perceived obsession with following the market, and the apparent tendency to pay huge bonuses regardless of performance.

If you believe everything you see in the media, you would be forgiven for thinking that Remuneration Committees are stuffed full of incompetents who lack independence and look after their own, spreading largesse regardless of merit.

We think it’s high time we got dispassionate, so we’ve prepared some hints and tips for reward managers who aspire to boredom.

This is all common sense and in our experience, in spite of commentary to the contrary, remuneration committees are more sophisticated about managing reward than ever before and, with the possible exception of incentive design,  best practice is common practice.  But even where things are done well, we seem to be losing the moral argument because the good work being done isn’t recognised and its business case isn’t being clearly made

We look forward to seeing reward managers and remuneration committees head back into an era of calm and serenity as soon as possible.