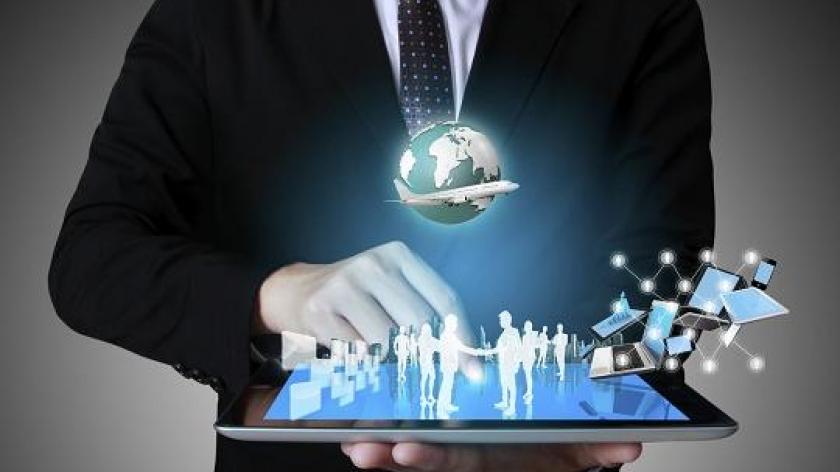 How will new technology affect the digital jobs market in 2014?

Cast your mind back five years and the notion of ‘digital jobs’ seemed like a distant dream – something which only the most technically-minded developers would ever be awarded and which would only ever account for a tiny percentage of a brand’s staffing numbers. Five years on, it’s safe to say that has all changed.

In 2014, the digital industry is easily one of the more diverse and exciting sectors in the UK - and one which looks set to grow and grow. According to the European Commission, the number of jobs available in the sector is growing by about 100,000 every year – and by 2015 there could be around 900,000 IT-related vacancies that need to be filled in Europe.

Needless to say, the digital industry changes more rapidly than most thanks to new technology being developed and new consumer trends emerging on a weekly basis. With that in mind, I thought I’d take a look at the biggest technology trends predicted for 2014 and whether these will herald in a new wave of job titles that we've not seen before.

In simple terms, ‘Big Data’ refers to the storage and analysis of large data sets using various techniques – and while it was easily one of the biggest buzzwords in the industry in 2013, things definitely look set to step up a gear in 2014 as businesses finally start to get their head around the concept and how they can use this data to provide a better service to their customers, and ultimately achieve a better ROI.

SnapChat is already making headlines thanks to its current dominance of the teenage market, the fact it turned down a $3 billion (cash!) offer from Facebook in 2013, and its recent security leaks – but in 2014 I expect interest in the platform from companies to really peak. The reason? SnapChat is incredibly popular with the teenage market at the moment (Forbes estimates around 50 million people currently use the mobile app) thanks to the fact it’s fun, different and (until earlier this month!), relatively private. That said, it offers companies a unique platform on which to market itself in a relatively new, unique format.

The whole point and appeal of SnapChat is that the photos and videos disappear after a certain amount of time – so I think we’re going to see an increased demand for digital marketers who can create compelling, distinctive and memorable branded marketing material that will really connect to the platform’s audience and stick in their minds long after the photo or video has disappeared. With that in mind, I think marketers who have experience creating easily digestible material for other platforms, like Vine, should prosper.

The Internet Of Things

The phrase ‘The Internet Of Things’ has been buzzing around the industry for a while now – but just a few weeks in to 2014, it’s clear companies are getting really serious about the notion. For those of you who aren’t familiar, ‘The Internet Of Things’ refers to a scenario in which objects or people are provided with unique identifiers (eg. a heart monitor or a sensor) which have the ability to transfer data over a network automatically (eg. no human interaction is needed). As you can imagine, with The Internet of Things, the possibilities are endless – and firms are really starting to see the potential.

At the world renowned International CES show earlier this month, The Internet of Things and the notion of the “Connected Home” was one of the biggest topics and just this week (14th January) Google announced it had acquired Nest – a smart thermostat and smoke alarm manufacturer for $3.2 billion (double the $1.6 billion it paid for YouTube in 2006). With that in mind, I think we’ll definitely see an increased demand for engineers and product designers from a wide range of companies that are keen to get their piece of the “connected home” pie.

Google Glass, Samsung Galaxy Gear, the Nike FuelBand – you name it, they’re all examples of wearable technology – and I think this year, wearable tech is definitely going to become more of a household phrase as the notion trickles down to the general public. A report from Juniper Research suggests up to 70 million smart wearable devices will be sold in 2017 – so I think we can expect to see a lot more companies pushing out their own form of wearable technology in 2014.

If 2014 CES International was anything to go off, this year I think we can expect to see a number of Google Glass alternatives being released, alongside a number of fitness gadgets such as the Sony Smartband and Core - as firms look to provide viable, usable pieces of wearable technology that fit in with the lives of the general public. In terms of jobs, I think we’re again going to see an increased demand for skilled engineers, product designers, developers – and even fashion designers, who can create functional, stylish pieces of technology that look fashionable and really offer something useful and insightful.