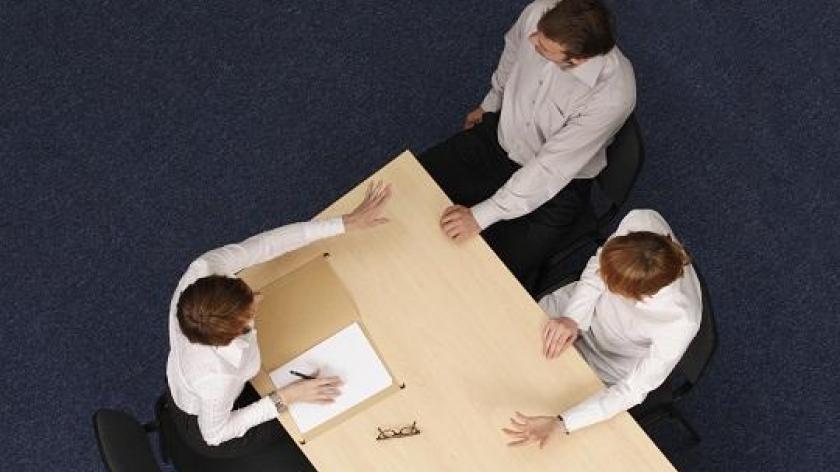 Government-backed mediation pilots – one year in

One year in, Anna Shields, Director of Consensio, looks at how successful a Government-backed mediation scheme has been to date.

In June 2012, the Government’s Department for Business, Innovation and Skills (BIS) launched and funded a pilot project to increase the use of mediation in the workplace. The long-term aim of this initiative was to shift the culture of UK employment relations away from formal adversarial procedures towards the more informal process of mediation.

Employment Relations Minister, Jo Swinson, commented on the programme: "The Government is committed to finding ways to resolve workplace disputes so they don't end up at an employment tribunal. Central to this is promoting the benefits of early dispute resolution as it can avoid the need to use more formal or legal procedures.”

Following an extensive tender and evaluation process, BIS partnered with Consensio, a specialist workplace mediation provider, to deliver the pilots. One year on, what has been the progress of the mediation project from the perspective of the many organisations involved in the project and Government itself?

The programme was piloted in the Cambridge and Manchester regions. Swinson explained: “The project involves equipping SMEs in each region with the professional mediation skills they need to resolve disputes in the workplace before they become serious enough to become a formal complaint.”

A selection of organisations from each area were invited to participate in two strands of activity: mediation training and the development of regional mediation networks.

Between them, the pilot organisations put forward 36 people to receive mediation training. This training, delivered by Consensio and carried out between January and March 2013, involved a five-day mediation course covering the theory and principles of mediation, extensive role play practice and assessments. The successful participants gained accreditation enabling them to act as workplace mediators.

In April 2013, a mediation network was set up in each of the two pilot areas made up of the newly accredited mediators in that region. The aim was to offer mediation services free of charge between member organisations. Each network is managed by coordinators who are also accredited mediators from the member organisations. The pilot members can also choose to work alongside a Consensio mediator if they wish.

A different approach to resolving conflict

Two of the pilot members have summarised what they learnt from the course. For both, the primary value of the course was learning to look at resolving conflict in a different way:  not evaluating or making decisions on the situation, but by using mediation skills with a view to enhancing communication between conflicting parties. Whilst evaluation and decision-making are vital elements of formal HR procedures, in mediation it is the parties who have the responsibility to find a solution to their situation.

Marion Bradley, HR Advisor at CHS Group, a Housing Association in Cambridge, described how she “learnt how to really listen to what people are saying, not to take sides or judge a situation or preempt a conclusion. I also learnt how to encourage parties to open up to each other and to find their own solution to help them improve their working relationship going forward.”

HR & Training Manager at the confectionary manufacturers, Swizzels Matlow, and a member of the Manchester pilot scheme, Tanya Greaves, put it this way: “During five days of intensive training, I had the opportunity to put the pen down and listen, no note taking, no suggestions. I was given skills to be able to reflect, reframe and summarise, without offering an opinion.”

The training also brought new insights into the use of formal procedures, as Tanya explains: “It highlighted to me that once conflict is caught up in procedure, it becomes less about resolution and more about compliance and making sure the process to tribunal is correct. Without a real focus on what's behind the conflict, it can quickly fall back into an adversarial approach and conflict escalates.”

These new skills and insights have proved useful, and not just in the context of formal mediations but, as Bradley discovered, in everyday working life: “I have used the skills I learnt in informal meetings with employees where there has been a fall-out, disagreement or misunderstanding. These have been short, informal meetings and I have not taken notes which, I believe, has made all of the parties feel more relaxed. And I have changed the way I ask questions in some meetings, which has been helpful.”

Using the skills formally and informally

In the eight months since the launch of the networks, the bulk of activity has been in getting the infrastructure up and running. Holly Bonfield, Regional Vice-Chairman of the Federation of Small Businesses and one of the coordinators of the Manchester network, described the work undertaken:  “Inevitably, the coordination so far has been on setting up the network’s processes and procedures, agreeing its paperwork, etc. It was agreed early on that there would be two coordination processes – one to manage the referrals and the other to coordinate the network itself.”

A number of formal and informal mediations have taken place in the network, including six at the defense group, Marshall Aerospace. Vicky Keating, Senior HR Business Partner at Marshall Aerospace in Cambridge, has noticed that dealing with early stage conflict through mediation works well.  It has prevented formal grievances and has also helped with staff retention, as twice she has heard one party say that they were thinking of leaving the organisation. She has received feedback from parties saying they found the mediation helpful as it dealt with the conflict quickly, informally and confidentially. In one mediation she conducted, the two parties left together and carried on talking about how they could work together more effectively.

According to Holly Bonfield, “quite a number of both formal and informal mediations have been carried out within the network members’ own organisations, demonstrating that although the full intentions of the network aren’t yet being fulfilled, the skills are clearly being used.”  Meanwhile, opportunities are being sought to offer mediation outside the network member companies. “We have decided to open our offer more widely, with free first mediations offered to SMEs outside the network,” she said. “Key to this pilot, we believe, is creating the shift in the culture of employee relations and so extending our offer more widely is the right thing to do to achieve BIS’ objectives.”

In order to promote the service of the mediation networks – both to companies within the networks and outside – awareness-raising has proved essential, as Holly explained: “So far, quite a significant amount of time has been spent raising awareness, including producing press releases and articles for in-company magazines and websites, setting up Twitter and LinkedIn groups, creating handouts and delivering presentations to business groups and making contacts for potential mediation work.”

In Holly’s opinion, “the outcome of all the co-ordination work has been to position ourselves for the future. We now have the processes and procedures in place and are growing our network of contacts that are aware of what we offer. These contacts are our route map for the future success of the network.”

Based on experience to date, it is likely to take time to bring about a major shift in the member companies’ approach to conflict. For an SME, setting aside a whole day for a mediation is a significant investment of time, as Bradley saw clearly after her first case: “I realised why a full day is set aside for a mediation. I can also understand why companies would find it difficult to allocate that much time to a meeting for two people that may not successfully resolve an issue at work and has no formal outcome. Having done one, I can see the benefits of allocating the time, but I do feel companies may need to see a few successful mediations before they commit to making it a part of their conflict resolution procedures.”

Meanwhile, there is plenty of opportunity for the mediators to apply their new skills informally. Bradley described her company’s plans for applying mediation approaches outside the context of the mediation process: “We are looking at introducing the methods used in mediation in informal meetings, particularly when a grievance is first raised, as our current procedure includes an initial attempt to resolve them informally where possible.”

This is endorsed by the Employment Relations Minister, Jo Swinson: “We are already seeing cases that might have escalated being resolved in-house; clearly the best result all round.”

It may be some time before we see a major culture shift within the pilot companies, but the BIS pilot has been fundamental in setting this crucial shift in motion. There are hurdles to overcome for companies to gain the necessary confidence to invest in mediation infrastructure. The early users of mediation will need courage to put themselves into a relatively unknown process. In the meantime, the scheme is already bearing fruit by introducing the skills and mindset of mediation through the trained mediators. As these mediators put into practice their new skills in informal conflict situations, they are helping to build a workforce that is better equipped to handle conflict without the need for costly formal procedures.