A huge seven out of 10 workers intend to take confidential company data away with them when they resign or are given the push because they believe that it belongs to them, according to research.

A survey undertaken among 1,000 UK employees by security software company Imperva revealed that the most likely information to be swiped was intellectual property (25%), followed by customer records (20%).

It also found that 72% of respondents had already pilfered corporate information from past employers, with customer data being highest on the list (27%), followed by HR and marketing records (25% respectively). Some 59% said that they took the information because they felt that it was rightfully theirs.

Imperva’s chief technology officer Amichai Shulman said the findings belied the conventional wisdom that insiders were corporate spies or revenge-seeking employees. “It seems that most have no deliberate intention to cause the company damage. Rather this survey indicates that most individuals leaving their jobs suddenly believe they have rightful ownership to that data just by virtue of their corporate tenure,” he added.

A key problem in this context, cited by more than three quarters of those questioned, was that employers had either no policies in place around removing data from laptops when staff left or they were unaware of any.

But 85% said that they had such sensitive corporate information stored on their home or mobile computers, with three quarters indicating that they had a customer database held on their personal device and 27% some other form of intellectual property.

The most common methods of getting information out of the organisation, however, were USB memory sticks (23%), personal laptops (23%), other portable storage devices (19%) and mobile phones (13%).

Although growing numbers of employers are looking to take on temps in favour of permanent staff over the next 12 months, high levels of demand for temporary labour are creating shortages in the run-up to Christmas despite rising unemployment levels. 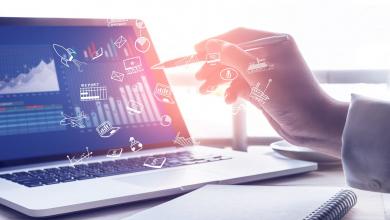