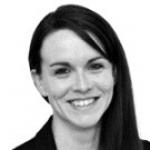 Do recent legal decisions mean employers can discriminate on the basis of religious discrimination?

Both Ms Achbita and Ms Bougnaoui worked in customer-facing roles in private entities in Belgium and France (respectively). Both women wore Islamic headscarves at work. Both employers directly told them not to do so, and dismissed them when they did not comply. In Ms Bougnaoui's case, the disciplinary action was taken following a customer complaint that she had worn a headscarf during a site visit.

In Achbita, G4S's concern arose from the fact that it had entered into commercial contracts with its customers agreeing to uphold their policies of neutrality. Both employees brought discrimination claims in their national courts. Both national courts referred questions to the CJEU regarding interpretation of the EU Equal Treatment Directive (Directive).

The Belgian court (in Achbita) asked the CJEU if it was direct discrimination for a private entity to impose a general (internal) rule that individuals could not wear an Islamic headscarf at work.

The French court (in Bougnaoui) asked if the willingness of Micropole Univers to take account of the wishes of its customer (to no longer have its services provided by an employee wearing a headscarf) amounted to a genuine and determining occupational requirement under the Directive.

Despite how close the claims are on the facts, the CJEU (on the same day) reached different conclusions in the two claims. Many will recall that, before the CJEU reached its decision (back in 2016), Advocates General in the cases provided conflicting opinions.

In Achbita, the CJEU found that the Belgian company's dress code policy was not direct discrimination. This was on the basis that there was no evidence that Ms Achbita was treated any differently than any other worker. For those wondering about indirect discrimination, the CJEU did not lose sight of this.

It was not the primary focus in the decision, because the national court had not asked about indirect discrimination. However, the CJEU went as far as to find that this could amount to indirect discrimination and that G4S's policy of neutrality must be regarded as a legitimate aim. The issue was then referred back to the Belgian court to decide if this was appropriate and necessary.

In Bougnaoui, the CJEU held that the actions of Micropole Univers amounted to direct discrimination. Why the difference? The key was that the policy that Ms Bougnaoui could not wear a headscarf was imposed in response to the customer complaint. The CJEU found that an instruction from a customer could not be justified under the Directive.

A "genuine and determining occupational requirement" under the Directive must be objectively dictated by the nature of the occupational activities concerned or the context in which they are carried out. The views of the customer were subjective considerations.

The decisions above will be considered by many interested parties as being unsatisfactory. This is particularly so, given that G4S's policy was imposed to reflect the client's wish (suggested in contractual negotiations) to have its policy of neutrality upheld by G4S. This means that employers (especially those based in European countries where neutrality policies are prevalent) will be able to put themselves in a good position to defend direct discrimination complaints by pre-planning.

In particular, a private entity will be able to agree to enter into contractual terms to uphold a neutrality policy of a public entity.

Thereafter, the employer will seemingly need to document objective reasons why those who interface with the client need to uphold the same standards. Employers will face more difficulty if they do not provide for such issues in advance, and instead wait for the customer to complain. This may give rise to the argument that subjectivity is involved.

However, even where employers have not put themselves in a good position (to align themselves with G4S) in advance, they may not be entirely at a loss in justifying their discriminatory treatment. If they can prevent any customer complaint being documented (such that it would be disclosable), they may be able to make a change in policy appear to be driven by objective considerations.

This all appears to give employers a bit too much scope to justify discriminatory treatment. However, such steps would not be without risk, especially as the CJEU was keen to ensure the national courts did not lose sight of the possibility of indirect discrimination. Further, in the UK case of Eweida v. British Airways plc [2010] IRLR 322, the Court of Appeal found that British Airways' policy banning a visible cross was not indirect religious discrimination.

However, the European Court of Human Rights found that the UK had failed to protect Ms Eweida's right under Article 9 of the European Convention on Human Rights to manifest her religious belief. Clearly direct (or even indirect) discrimination complaints are not the only avenue open to an aggrieved worker.

More recently in the UK the focus appears to have moved from (i) dress and the protected characteristic of religion or belief to (ii) dress and the protected characteristic of sex. This was triggered by accountancy firm PwC's actions in sending a temporary receptionist home from work because she was not wearing high heels. Ms Thorp (the receptionist) set up a petition, calling for it to be illegal to require female staff to wear high heels at work, which gathered 152,420 signatures.

The government's early response was rather lacklustre confirming the position was already clear in law: dress codes must be reasonable and make equivalent requirements for men and women.

On 25 January 2017, the Women and Equalities Committee and the Petitions Committee published a joint report: "High heels and workplace dress codes". The government has since committed to taking strong action to tackle sex discrimination at work, including dress codes.

There is clearly more scope for discussion on workplace dress. The Chair of the Petitions Committee has reminded the government that it is not enough for the law to be clear in principle: it must also work in practice. Ms Thorpe has also highlighted the need to ensure that gender-neutral dress is acceptable to avoid worsening discrimination against LGBTQ communities and those who do not conform to gender stereotypes. The voices of individuals from these communities have not (so far) been particularly prevalent in the campaign.

Unlike in Belgium and France, there is no broad policy of neutrality in the UK. The UK's position on religious dress in the workplace may, following Brexit, differ from that set out by the CJEU (assuming the UK will not remain subject to the jurisdiction of the CJEU).

In 2012 (after the Eweida claim), the UK government expressly responded to media reports, denying that it favoured a ban on Christian symbols in the workplace. It stated then: "where religious symbols do not physically interfere with a person's work but employers have instituted dress codes prohibiting them, employees have good grounds to ask for the code to be reconsidered. We urge employers to be flexible." We will wait to see whether, following Brexit, this remains the message that the UK government conveys.

Michelle is a senior associate in the employment team. Michelle advises public and private employers on all aspects of contentious and non contentious employment law, but specialises in discrimination complaints, employment aspects of corporate transactions, change programmes and TUPE. Michelle regularly procures advice from other jurisdictions...