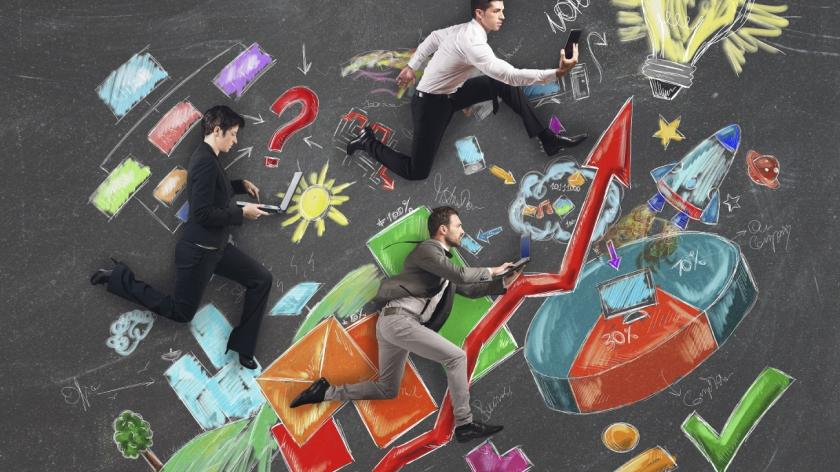 What’s the label that works - wellbeing or productivity?

Wellbeing programmes are now a major part of most companies' employee offering. But do they do much good?

In the conversations we have, many senior people recognise the importance of employee wellbeing but also talk about the culture which prevents people, especially senior people, taking part. They also talk about how prevention is better than cure but when pressed admit that most of their wellbeing initiatives are trying to mop up after the spill.

Nowhere is this more prevalent than in people-intensive businesses like law, banking, consulting and media.

In these sectors the client is king and employees gain prestige and promotion as a result of their client relationships. One leader of learning and leadership told us every hour of training is seen as an hour of lost client revenue and even worse admitting you needed to attend a stress management programme or even a workshop on resilience was looked at with a whiff of suspicion by peers and seniors.

Are your wellbeing initiatives proactive or just mopping up after the spill?

And yet we know these sectors demand much of their staff and bring with them stress and strain that impacts their performance. Despite asking many HR and account professionals we have yet to find a company that is measuring the impact of stress on revenue and client satisfaction.

Without this it's hard to change the culture and to have proactive programmes that teach people to notice their capacity to manage when stress gets harmful and to adopt work habits that will protect them and increase productivity and creativity.

Our contention is that these types of programmes will prove much more helpful to professionals.

Admitting you needed to attend a stress management programme or even a workshop on resilience was looked at with a whiff of suspicion by peers and seniors.

Consider these two different senior professional services leaders and the story of their work.

Roland is in his early thirties: his career has been a series of moves around the sector, each one more demanding than the last.

He is on the talent list for a more senior leadership role and is particularly valued for his skills with clients. He intuitively understands their needs. Roland has also been known for his problem-solving and creative skills. If there is a difficult situation Roland is the one to be able to think creatively about how to solve it.

He works hard and also works very long hours and he expects the same from his team. Roland is particularly known for his long meetings which can go on for hours without a break. He is frequently on email at the weekends and late at night. He has a bit of a macho attitude to hours and boasts of his limited need for sleep and his ability to work harder and longer than others.

Over the last two years he has worked on a particularly challenging account where the client firm has been through a number of personnel changes.

He has just heard that the new client account lead has put the work Roland leads up for a competitive pitch.

Roland has been asked by the client to pitch for the business again but a review by his MD, who knew the client from way back, has made it clear winning the account again is by no means a forgone conclusion.

The review revealed a number of trends that caused the MD concern and to reflect on Roland’s work pattern:

In short the client said that to date they had had an excellent service from Roland and they liked working with the firm but they were concerned about the future. In passing, the client wondered if maybe Roland was a bit burnt out, a bit jaded with the account.

Trish is the account manager for a competitor firm: she is ambitious but seen as a bit different.

She wins new business, spots opportunities to bring in colleagues and the clients have nothing but praise for her. She is also incredibly productive and many of her peers find it amazing that she gets through so much work but also seems to take time out, time they never seem to have.

But her work pattern is unconventional. When her MD tackled her on it she had a clear and rational response. It seems she has been learning how her brain works and says her work pattern is brain-savvy. She works in a way that works with her brain not against it.  Doing this helps her to be more productive, creative and to avoid the worst aspects of the stress which can come with the intense client work which is demanded in the sector.

This is her work pattern:

When her MD did a review of her client account the client asked if they could recommend who Trish had worked with on all the brain stuff. They recognised the benefits Trish’s work pattern gave them on the account and wanted to learn more.

The MD went away a bit puzzled: she had half expected the client to complain about Trish’s work pattern. As soon as she got back to the office the MD asked HR to find the consultancy quickly and make sure they institute the same training across all account leads.

The HRD knows that work-related stress seems to be on the increase in the UK. She had recently read in the news that in the year to April 2015, there were 440,000 recorded cases (most people would guess this is a huge underestimate given the concerns about work place culture and negative judgements).

The number of working days lost due to stress related illness was 9.9m (an average of 23 days lost per case) or 43% of all working days lost due to illness. There were a higher proportion of cases in public services, particularly education, health and social care, or maybe it’s more acceptable to tell your employer in those sectors that you are suffering from stress.

The main work factors cited by respondents, in a survey by Gail Kinman at the University of Bedfordshire, as causing work-related stress were workload pressures, including tight deadlines, too much responsibility and a lack of support from their immediate manager.

Many also cited technological changes – email following them home in the evenings and at weekends – as a prime factor. In the same survey two-thirds of British employees agreed that people in their organisation would be “unlikely” or “very unlikely” to reveal that they were experiencing stress-related illness.

Three quarters of managers also said it was the employee’s responsibility to manage their work/life.

The HRD gets annoyed...

The HRD was more than a little annoyed at the MD’s request.

They had spent loads of money on stress management training and piloted a resilience programme but couldn’t get any of the account leads, let alone the MD, to attend. When she had suggested the whole firm attend, including the board, the response had been of course the firm, as a good employer, should provide wellbeing training for junior staff but it wasn’t relevant for the more senior people and account leads couldn’t be away from client work.

She had got the distinct impression they would view it as a bit suspect if someone senior attended.

Talking to Trish she learnt that the programme she had attended was nothing to do with wellbeing. In fact it was about productivity and creativity.

Trish said by understanding how the brain worked she had been able to adopt better work habits and it was these work habits that had improved her productivity, creativity and sense of calm. Things just didn’t faze her as much anymore and she felt calm and that passed onto the client and her team.

The light bulb comes on!

Aha, the light bulb came on for the HRD. By positioning the training as about productivity and creativity not wellbeing there was less stigma attached to it and a better outcome.

But Trish had an even more intriguing idea.

Given the client was interested in the training themselves maybe what would be really powerful would be to work with the client to provide a brain-savvy account management programme. One that took into account how the brains of the account team and the client interacted so there were benefits related to productivity and connection, creating deep understanding of the client.

Trish said she was researching the science on this and there is lots of evidence that they could run the account better if they understand it. She said she had begun to use some of the ideas with her clients and it seemed to be working.