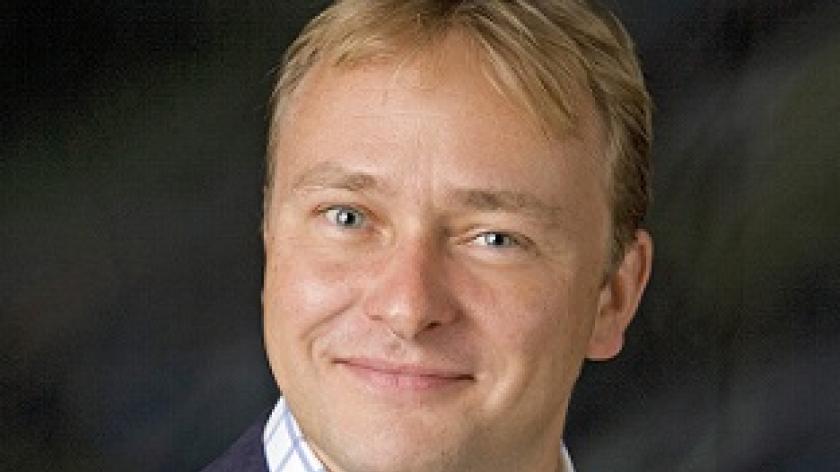 Tim Munden, Unilever’s vice president of HR for UK and Ireland, knew from an early age that he wanted to join the army. Unfortunately, fate had other ideas. While the army sponsored him through ‘A’ levels and university, an accident at officer training school Sandhurst put an end to his army career before it had really begun.

“I went to Sandhurst and retired at the age of 22 and thought, now what am I going to do with my life?” he remembers.

It was a severe blow, but he was given one great piece of advice, which helped clarify for him what to do next. “I was told by someone, ‘When you pick your next career, think about what do you love and what do you want to learn about.'"

He decided that what he really loved was people and what he wanted to learn about was how to create organisations where both individuals and the organisation can grow and thrive. He imagined that this would take the form of teaching leadership through some kind of adventure training, but realised that to do that he needed money and business experience, so he applied to Unilever and got a place on the graduate trainee scheme in HR.

He’s been with the company 18 years and counting, which is by no means unusual for the organisation - half of today’s leadership team joined the graduate training scheme, just like Munden. Although he’s only worked for one company, it’s a big one and it produces a dazzling array of household brands. Open any kitchen or bathroom cabinet across the land and you will see Unilever products, such as Dove, Knorr, Sure, Flora or Surf, staring back at you.

So, each time Munden moved roles, it felt like he was joining a new company. There’s been plenty of variety along the way, with positions at a local, regional and global level across four countries, including the UK. “So, although I haven’t left since I joined in 1993, everything I’ve done has involved change,” he says.

Munden’s first vice president role came in 2005 at age of 35, which was relatively young to reach that level. On the upside it was a great experience to have so early in his career; on the downside, it was a baptism of fire.

One thing that helped him prepare for that first vice president role was the fact that responsibility had been thrust on him early on. He’d only been at Unilever six months when the company sent him to a factory in the Netherlands to look at improving their shift systems. He was young, inexperienced, an outsider and needed to make changes to people’s work practices. Unsurprisingly, people were not exactly thrilled by the prospect. “I learned a tonne - I believe you don’t really learn unless you’re really challenged,” he says.

One of the chief things he learned was that before he could make any changes, he needed to gain the trust of the people working there and build relationships. Equally, he learned that sometimes you have to be tough and do things that people are not going to like. But then, he believes: “The things that have taught me the most have never been easy.”

He does his best to offer younger team members in the HR department a similar opportunity to flex their muscles on a change project early on in their career. Munden believes that the project management skills gained from running a project are invaluable and something fledgling HR people don’t often get the opportunity to do.

A major focus is talent management. “We need to hire people who get the business model about sustainability and are consummate professionals in their field,” he says.

But there’s no point concentrating on recruitment and then neglecting them once they are on board, so talent development is key. His aspiration is that every year someone spends in Unilever adds more value to them and Unilever, than they could produce anywhere else. Achieving that takes engagement, which he believes is about creating an environment in which people give more of themselves: “People give great service to the business, because they get great service from the business,” Munden points out.

He adds: “These are not easy times. Raw material prices are horribly volatile, consumers are squeezed, retailers are in fierce competition, so it’s a very tough environment and people feel that, so we have to work harder to make them feel engaged.”

One of the ways Unilever is doing that is to offer staff paid time off to volunteer. Unilever will match employees’ time off with paid leave, as well as giving them an extra day's pay free. This means that one week spent volunteering would only use two days’ holiday allowance.

This scheme fits into the organisation’s wider 10-year Unilever Sustainable Living Plan initiative. The business vision is to double the size of the company, but halve its environmental footprint and improve its social impact. The reason is simple: there’s no point making consumer products if it eventually destroys the environment where the materials hail from.

“Sustainability is in our DNA,” says Munden. “But this is not just part of our values, it’s our business model.”

That means Unilever doesn’t have a CSR policy, because CSR runs through everything the company does. Unilever believes it takes more than governmental pressure to improve sustainability, it also takes big companies to stand up and be counted.

“The great thing about working here are the people, values and purpose are at the heart of the organisation,” says Munden.

And what became of his dream of setting up leadership training? Well, with Unilever’s help, Munden has achieved his goal and set up a not-for-profit company helping train people.

Who do you admire most and why?
Martin Luther King for very specific reasons. The challenge of leadership is how you bring oneness out of division. He was able to bring people together and out of hatred and divisive situations he kept coming back with the bigger vision. That is what leadership is all about.

Also, Eddie Daniels who was in imprisoned for 15 years on Robben Island during apartheid. I met him and what impressed me about him was his total integrity. He stood up for something he believed in and took the punishment, but what impressed me most was his capacity to forgive.

What’s your most hated buzzword?
“Going forward” as a way of saying from now on.

What’s the best piece of advice you’ve ever received?
“When you work out what you want to do with you life ask yourself what you love and what do you want to learn about.”

How do you relax?
I’m an absolutely passionate rugby fan, so watching rugby, though it is not always relaxing! I also love being with my family and reading.

It's very impressive for such a young person Tim to have worked all that out - it took me a little longer!  The advise is spot on.  Do what you love, follow your truth and encourage that in your workforce.  The result is that everyone shines and is engaged. Very well done www.lindsayallison.co.uk