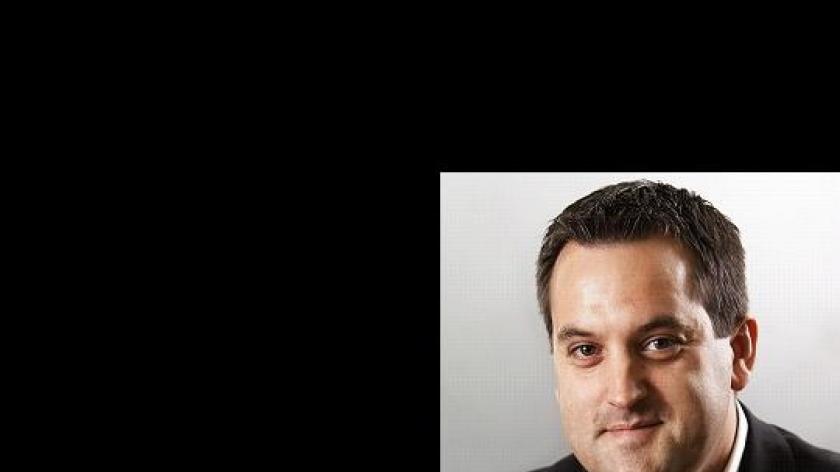 Norbert Dentressangle may not be a household name in the UK, but this colossal international logistics and supply chain firm has major ambition and is growing fast. Mark Simmons, HR director of Norbert Dentressangle Logistics UK Ltd since 2007, is part of the team spearheading that growth.

Today, the UK business employs 10,000 people across 122 sites, but it wants to remain faithful to its startup roots.

“We have an incredibly flat structure, and we work hard to remain faithful to our roots in terms of being small - we don’t want 17 layers of management which puts pressure on your talent,” points out Simmons.

Simmons’ roots, however, are not in logistics, but the cosmetics industry. After an English degree, Simmons joined the graduate development programme at Procter & Gamble. His first of three placements was in HR - and he’s never left.

Having found his niche, Simmons quickly moved to Revlon, working his way up to in 1995 to became HR manager for its main 800-strong European manufacturing site in South Wales. It was a great experience and gave him early international exposure when he was part of a project team sent to New York to help implement a new appraisal system.

Continuing the cosmetics theme, Simmons moved to Cosi Manufacturing, which manufactured cosmetics for The Body Shop, as HR manager for South Wales and Littlehampton. It was here he started to flex his HR wings a little, taking on a more regional role.

After a decade in cosmetics, in 2004, Simmons ditched the make-up for logistics and supply chain firm Christian Salvesen. It seems a bit a of jump from make-up to “hairy arsed” supply chain, as he calls it, but Simmons points out that in reality the differences are only superficial and that there is a fair degree of transferability between the two.

At Christian Salvesen, Simmons had a UK-wide role and reported to the UK HR director. There were 40 sites, it was a new sector for him and a much bigger business, all of which kept him very busy. And his life was about to get even more frantic. Within 12 months, there was a restructuring and Simmons became HR director for the food and consumer business of the company. Then in 2007, Norbert Dentressangle bought Christian Salveson, doubling the size of the company in one fell swoop. Simmons became part of the acquisition team and worked on integrating the businesses, which involved radical change. He emerged as HR director for the new company Norbert Dentressangle Logistics UK Ltd

Integrating the two businesses began with a cultural appreciation programme for both sides of the channel - getting all the cultural jokes out on the table, as well as talking about the frustrations and differences in the way they did business. The two firms were very different. Christian Salveson was well respected but traditional, whereas Norbert Dentressangle was young, dynamic, focused and growing fast. “The focus was on understanding each other and how to be open,” says Simmons.

One of the key differences was that Norbert Dentressangle has a very decentralised management approach.

“We’re a very entrepreneurial, decentralised business which gives us the freedom to manage our own site without too much red tape,” explains Simmons. “We’re lean and light on bureaucracy, which allows us to make quick decisions.”

With a 10,000 strong UK workforce, it’s not surprising that Simmons sees talent management as one of his key tasks for 2013. While logistics and transport, to outsiders, is not the coolest of industries, the fact that it is such a dynamic environment, compared to its competitors, makes it an attractive place to work. “We’re fortunate we’ve got quite a compelling success story in our world,” says Simmons.

But the company needs to recruit more talent to fuel its expansion plans. “My boss is now head of logistics for the group, which today makes 3.9bn euros and plans to drive that to 10bn euros by 2017-18, so there are huge expansion possibilities,” says Simmons. “UK logistics is the biggest in the group, so there’s a call on the UK to export skills to support expansion. I’ve already supported an acquisition in Belgium and will be helping to support the business in other geographies, including the US.”

With such sharp growth, engagement is not just the usual things, but making sure people don’t overdo it. “People work incredibly hard but it’s about making sure that work/life balance is in the right place, because it’s too easy to rely on the same people to get jobs done.”

Alongside the physical growth, the company has a robust series of career development opportunities and an award winning learning and development programme. This translates into the HR slogan: “You grow, we grow.”

Its Red Management Programme is designed not only to help managers develop in their role, but just as importantly how to develop the talents of their teams. “It’s quite light on theory and heavy on the practical side to get to the core of our DNA,” explains Simmons.

"You can never have enough talent and there are always opportunities for people to grow. Our market position is towards the median in terms of pay, however, in terms of career development and culture of the organisation we are at the top." he says.

Who do you admire most and why?
From a personal point of view, it’s probably my wife, because she has the ability to perform multiple roles to a high standard and be very positive.

What’s your most hated buzzword?
“Thinking outside of the box.”

What’s the best piece of advice you’ve ever received?
My first manager at Procter & Gamble used to say to me: “Seek to understand, then to be understood,” and I really like that and it's something I try to do today.

How do you relax?
Spending time with family and also I’m an immense football fan, who goes to watch Liverpool every other week and coach.