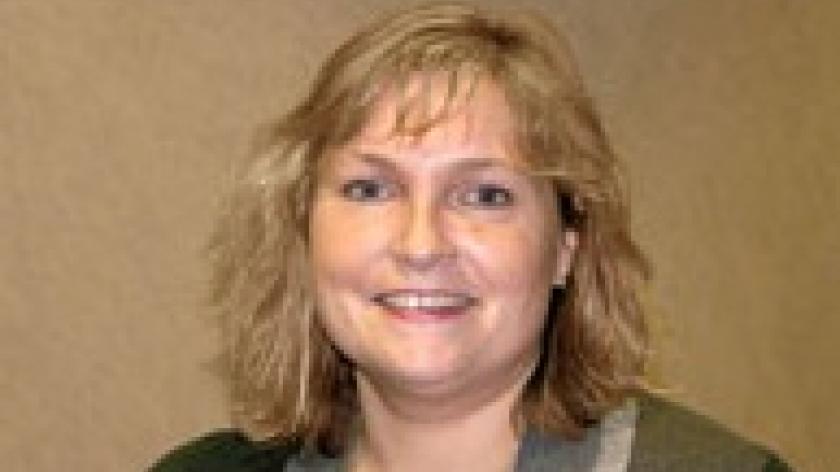 When Claire Balmforth joined Carpetright, HR was not on the agenda.

Despite it already being an established and successful high-street retail brand, Balmforth was the first HR person the company had ever hired. Until then, the growth had been so fast, that the company had not had the time - or the need - to consider the people agenda until then.

Seven years later, the basic HR foundations are rock solid, Balmforth has moved from the HR director role to become operations director with an HR director reporting to her and improving customer service is a key focus for 2013.

Balmforth’s love of retail began early when she worked as a Saturday girl at BHS. So after ‘A’ levels rather than follow the crowd to university, Balmforth chose to join Selfridges’ management programme at the prestigious London store. Even without the degree, she was able to transfer onto the graduate scheme anyway - and at a younger age than any of the graduates.

One of her placements on the management rotation was in training. She’d enjoyed her time there and received good feedback on her performance, so when an opportunity came up to join Tesco in a training role, she jumped at the chance. Her role was to help set up new Tesco stores (which were opening at a rate of knots at that time in 1990), training staff for six to eight weeks prior to store launch. Balmforth progressed from there into regional HR roles, becoming involved in change programmes, before eventually becoming a store manager.

“I really enjoyed it and it was challenging to go for full seven-day, 24/7 work,” she remembers.

But when her son was diagnosed with diabetes, she felt that she couldn’t give a 24/7 job like store manager the commitment it needed, so she took a regular nine-to-five HR job at Boots. She’d got the time and mental space she needed, but she was also incredibly bored. “It was like going from the outside lane to the hard shoulder,” she says.

When things began to settle down with her son, Balmforth began a part-time MBA and after a year she was headhunted to work as a sales director of Lex Vehicle Leasing, part of the RAC Group. Although she’d never worked in sales before, it was her change management and people management skills that the company was after. “It was a very different experience coming from a learning environment to managing sales guys and their ‘what’s in it for me’ attitude,” she remembers, adding: “It was a step out of my comfort zone. I wouldn’t go back and do it again, but the experience there has stood me in good stead.”

After two and half years, Balmforth moved across the group to become HR and operations director at Hyundai Motors UK. But when the RAC business was bought by Aviva in 2005, she stayed on long enough to TUPE the employees and then was out of a job. “It was the first time I didn’t have a job to go to,” she says.

It gave her time to do some soul searching and work out whether it was HR or an operational role she wanted, and how important being in the retail sector to her. In the end, she was able to fulfil all three wishes in one organisation when she found a role at Carpetright, initially as HR director in 2006, and then later becoming operations director for the UK in 2011, when the UK MD left.

Balmforth sees it as a huge advantage to have been an HR person with a tremendous amount of commercial experience. “I think you have to be able to understand the business and contribute to the business not just around the people agenda,” she explains. “The MBA gave me confidence: I understand financial accounting to a level and marketing, for example. I think if you want to be an HR director, you need that commercial experience or an MBA.”

The big people focus this year is customer service; training staff in Carpetright’s 450 stores to make the customer experience as good as it can get. The imperative for the change is a change in the competitive landscape. Not only has the poor economic situation meant fewer houses are being built and fewer people are moving (and therefore buying carpets) there was also the demise of its main competitor Allied Carpets. Instead of one main rival, Carpetright now competes head on with about 2,500 small independent stores.

Carpetright believes that creating better customer service, offering good advice and being more flexible - all areas that small independents are good at - will increase its competitiveness. That means a change of focus for employees from being totally sales driven, to focusing on improving the customer experience and being seen as a good place to go for general advice.

Who do you admire most and why?
There’s no one single person, it changes all the time and I’ve been influenced by lots of good things people have done.

What’s your most hated buzzword?
I hate acronyms which always seem to be three-letter ones.

What’s the best piece of advice you’ve ever received?
When you have a good day, write down the good things and stick a post-it note on the sunvisor of your car. When you’ve had a bad day, pull down that visor and read all the good things you’ve done.

How do you relax?
I run every morning with my dog at 5.30am - he’s my buddy. And we have a bolt-hole down in Kent which I get to as often as I can.