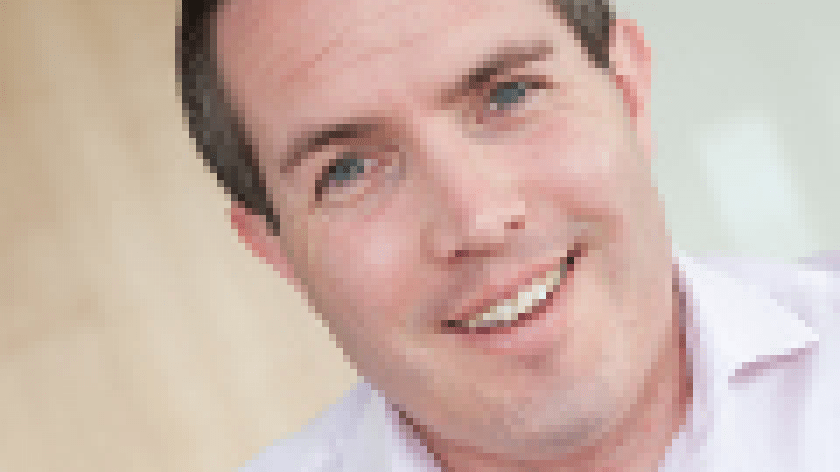 Making it onto the 2013 Sunday Times Best Big 25 Companies to work for list is proof that contract caterers Elior is on the right track in terms of engagement and company culture. But HR director Arran McDowell is not resting on his laurels. One of his chief aims for this year is to maintain and improve the company’s position in the Sunday Times list and build upon their strong foundation in engagement, pride in the company and two-way communication.

Originally, McDowell was on track to become a footballer rather than an HR director. Early injury, however, led him to rechannel his love of the game into sports journalism and he secured some work experience for the Daily Express and Daily Star. But he quickly realised that what he’d enjoyed about football was playing the game, not writing about it, so instead, he jokes: “I ended up in the world of HR without any qualifications.”

Before settling into HR, McDowell’s first roles were in recruitment, initially at Brook Street and then, in 2001, working in-house for HFC bank, which was then bought by HSBC bank. Post buy-out, McDowell carried on in recruitment, but as he shared an office with the HR department, he began listening to their calls and the issues they had to deal with. Then started answering their phones and dealing with problems. Eventually, he’d made himself so indispensable that he officially moved across into HR.

His next move, at the end of 2005, was to Carphone Warehouse. He initially joined as an HR consultant for a specific project, but in the end he stayed with the company two-and-a-half years, and enthuses: “I loved the company and the culture.”

Despite the positives, he also found it quite a frustrating role, as he felt there were changes that the company needed to make that weren’t happening. So, when the HR director left for Elior and suggested McDowell come too, it was a tempting offer, but also far from straightforward. As McDowell explains: “I had a challenge: do I leave a permanent job in an established company I’ve heard of, or move to Elior, a company which I’d never hear of, an industry I’d never been interested in and on a six months contract. I’d also just had my first child.”

He took the risky route, but he did his homework first, finding out about the industry and the competitors, to such an extent that he was offered jobs by them. So, in 2007, McDowell joined Elior - and he’s still there. McDowell was brought in to do a big restructuring programme - the polite way of saying that many people were being made redundant. “It basically meant I sat in the office and no one would come in unless asked. And if they were asked and had to talk to me, they knew it was not a good thing,” he recalls.

Elior is a complex business supplying catering services to many different types of organisations and sectors across 650 sites. The company runs 180 restaurants for Tesco, and has contracts in defence, education, stadia, care homes and many other areas - all very different in terms of sectors and customers, but sharing the same service proposal. It’s a big employer with roughly 11,000 employees in the UK (82,000 internationally in 13 countries), which includes a mix of permanent and casual labour.

McDowell’s appointment as HR director two years ago coincided with the appointment of a new chief executive, which was “crucial in changing the company,” believes McDowell. The company has worked on engagement and McDowell is pleased that in an industry with a high staff churn, Elior’s staff turnover is just 19 percent against an industry average of 42 percent.

One reason for the low turnover, believes McDowell, is the emphasis management makes to communicate with staff. McDowell, together with the chief executive make the time to have coffee and chats with staff without a specific agenda - simply to make the management team more approachable. The low churn is also because people feel proud to work for the company. One of the ways it fosters this pride is to share inspiring stories of staff who have gone that extra mile to provide customer service.

The area of customer service is important to the business and the company has an award-winning training programme called eXperience focused on improving the way it handles customers. Rather than a central training unit or outside provider, training is delivered by people in the business, called service champions. These service champions are hand-picked by line managers and after training they are given a “little black box” of 10-minute training programmes to deliver to their peers. Each training session contains a series of games, cartoons and tasks that bring the training to life. Employees can build upon this initial training and study for a formal NVQ qualification in customer service. The company quickly started to see results from the training, which also had an impact on morale.

Constantly finding new ways to keep morale high, to communicate - both bottom up and bottom down - and instilling a sense of pride will be key focuses for McDowell over the coming year.

Who do you admire most and why?
My mother. She was a single mother and brought up myself and my brother up. She always used to say to me: it doesn’t matter what you do, but be happy. I admire anyone who is a working parent, particularly a single parent.

What’s your least favourite buzzword?
“To be honest with you” which can be interpreted as I wasn’t honest with you in the past so I’m hoping that you’ll believe me now.

What’s the best piece of advice you’ve ever received?
An ex-boss used to say: “Stay and be happy or go and be happy.”

How do you relax?
I love simply spending time with my family. I recognise that work stops the moment I get past that front door.

Arran McDowell explains the steps Elior went through to drive wide-ranging organisational change in the company.

1. Customer service skills
Our USP was to make Elior famous for great customer experiences and to prove this to the industry by measuring how we were doing. It wasn’t just about the food, but the whole experience from walking through the door, choosing the meal, being served, and most importantly receiving fantastic customer service.

Our focus on customer service led to the creation of our double award winning eXperience customer service programme which has touched each and every one of our 11,000 colleagues. Coupled with the opportunity for people to develop new skills and to become service champions for our business, staff also had the opportunity to obtain National Vocational Qualifications which made them see the benefit for them as well and to recognise that we support their development.

2. We kept it simple
Two years ago, the UK leadership team developed five strategic priorities which we shared with the entire business and these were focused on food, customer service, our people, growth and our brand.

3. We communicate, communicate, communicate – but make it effective and relevant to the audience
We started to shout about the great things we do as a company not just internally, but externally. The industry realised that we weren’t asleep and this led to us being named as contract caterer of the year in 2012.

Communications with our colleagues increased significantly with the simple introduction measures such as communication boards at all sites and a chief executive quarterly conference call. But the one initiative that my chief executive (Tim Hammond) and I love doing is our coffee chat meetings which we hold throughout the country. They’re straight forward – no agenda, just a group of people talking about what works well and what frustrates the [***] out of them. Tim and I then have a list of actions to go and deal with, or a number of emails to send praising people for the great feedback we have received.

4. We recognise our colleagues for a job well done
Not all businesses are in the position to recognise colleagues through bonuses or additional benefits, but we can all say thank you and recognise great achievements by using these two simple, but sometimes underused, words. At Elior UK, we have just launched a new recognition scheme called ‘You Make A Difference’, which allows colleagues to recognise other colleagues doing great things in terms of customer service, support, going that extra mile. It’s recognition on the spot and they are then entered into a monthly prize draw to win shopping vouchers.

5. We measure progress
Whether it be through customer satisfaction measurement, client satisfaction or colleague engagement, we always check on our progress.