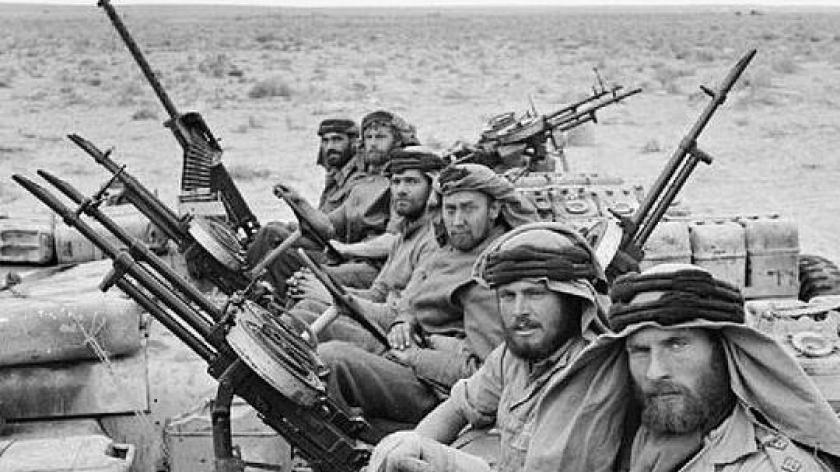 Special Air Service - what can HR learn from the elite British Army regiment?

This article was written by Joff Sharpe, who spent time as an officer in the SAS. He has also been Group HRD of the Trinity Mirror Group and HRD for PepsiCo.

After Piers Morgan hired me as HR Director, he found out that I had been in the SAS, and he thought it was pretty hilarious. Who can blame him?

In SAS parlance the three letters stand for “Speed, Aggression, Surprise”, which not everyone would equate with the work of their Personnel Department!

However, the whole idea of translating SAS methods to business becomes considerably more relevant when you look past the flash-bangs and focus on the how rather than the what. For example, the SAS runs the most stringent selection procedure imaginable but in doing so places maximum emphasis on aptitude or potential for Special Forces work, motivation and cultural fit. It puts little premium on people who may happen to have ready-made functional skillsets like parachuting or sniping.

Ultimately, the SAS want the best raw talent available and they’re willing to take a longer view on pay-back.

The SAS were also pioneers of organisational design. If the British Army of 1941 lacked imagination, it didn’t stand in the way of a young Scots Guards officer called David Stirling who founded the unit. He went against conventional military wisdom by utilising disruptive tactics, techniques and innovation rather than relying on brute force.

He replaced traditional military discipline with self-discipline and disconnected leadership from hierarchy. All saluting stopped and, since the top brass couldn’t find any resources to support his project, his men stole an entire tented camp including a piano. If this all sounds anarchic, it’s no stranger than life at SemCo, the Brazilian engineering company, that goes from strength to strength whilst allowing employees to determine their own shift patterns, recruitment choices and even levels of pay.

In more modern times, the SAS has often been asked to assemble ad-hoc squads of troops to provide training or support to friendly governments, for example to help anti-narcotics police in Columbia. When it does so, it pays scant little regard to existing structures of troops or squadrons, preferring instead to pull together a bunch of complimentary competencies from all parts of the unit and a leader best placed to deliver on promise. The same sort of thing goes on at WL Gore, the membrane manufacturer, when they have a new product to make. It’s one of the reasons they have topped employee satisfaction league tables for years.

The motto of the SAS is, of course, ‘Who dares wins’ and it has sadly become a bit of a cliché. But actually courage is an incredibly important quality in most organisations. As we’ve already established, it takes courage to recruit on the basis of raw talent and to organise in a more empowering way.

It also takes courage to take decisions with incomplete knowledge, for instance in launching a new product. (It also takes stamina. Ask James Dyson. He worked through 5,127 prototypes of his dual cyclone bag-less vacuum cleaner before he had a product he could sell.)

At the macro level, it took guts to put €112 billion on the table when Vodafone captured German conglomerate Mannesmann and no less when Virgin Atlantic defended against British Airways’ “dirty tricks” campaign in the 1990s.

Courage is a facilitating quality in an enormous range of situations, both grandiose and in daily business life.

The importance of humility

Courage is not the only SAS quality of note. Humility is important and it is ironic that a unit that selects its people on the basis of their tenacity and independence is not above asking for help. The survival of the SAS initially depended on a symbiotic relationship with the Long Range Desert Group. It has also later benefited from senior sponsorship from people like Mrs Thatcher but equally from the help afforded by the lowliest local guides in jungle or desert campaigns.

When it operates in conjunction with foreign armies it forms a kind of franchise arrangement. The management of all these disparate types of stakeholders applies equally to bigger businesses. If you are trying to achieve spectacular results, quickly and with modest resources it stands to reason that you are going to need to be expert at leveraging all sorts of help.

The SAS has many other qualities that translate to business; the use of guerrilla tactics to achieve spectacular outcomes (think meerkat marketing), the ability to reinvent itself as the situation demands and to continuously leverage its experience accumulated in each campaign.

“Daring” also occasionally necessitates mistake-making and setbacks. Here again, the SAS has a robust approach to capitalising on the learning and bouncing back without excessive recrimination or energy wasted on blame. As Sir Stuart Rose once said; “If you’re not making mistakes you’re not trying hard enough. The trick is not to make the same mistake twice.”

Using the SAS as an analogy to understand talent management, business culture and organisation effectiveness may not be every HR manager’s billycan-brewed cup of tea. I could be accused of being Quixotic with my new book ‘Who Dares Wins in Business’. However, the point is not really the SAS per se, it is more a question of observing the “red threads” that run through organisational life; those recurring patterns of leadership and teamwork that are the best predictors of long-term success. And if HR managers are going to be expert at interpreting those patterns they are going to have to take a page out of the SAS playbook, questioning their own assumptions, exploring innovative new approaches and pursuing their goals with determination. You could say they need to dare and win a little more.