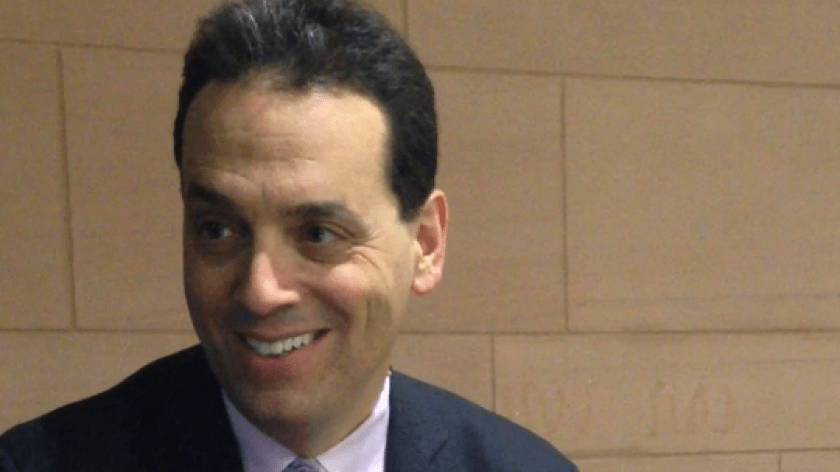 Interview: Daniel Pink, author of Drive and To Sell is Human

We caught up with Daniel H. Pink, thought leader and bestselling author of Drive and To Sell is Human, after the CIPD Annual Conference in November 2013.

You say that we need to make things easier for people. How does this work if you’re going up the food chain to the CEO, for example. How do you make it easy for them to buy into your ideas?

This depends on the context, so for instance if you want the CEO or CFO to do something or you want to implement some kind of change, see if there’s a way for you to do it without them making a big investment and in a way that makes the action they need to take easier. If it requires them to give you a load of money, it’s less likely they’ll do it, even though they may think it’s a good idea. If you say “This is why it’s important, and I’ll take care of it, without a big investment,” then that’s an attractive proposition.

When we talk about sales and persuasion, we always focus on changing peoples’ minds, with questions like "Do you think this is a good idea?" That may be important, but what’s really crucial is “what can I do to make it as easy as possible for this person to act in the way that I want them to act?” And there’s some interesting examples in HR about that. In the US we spent huge amounts of time and billions of dollars  convincing people to save for retirement. But the most effective thing we did was combine defined contribution pension plans and auto-enrolment – it’s an offering, a way to make it easy, instead of “You gotta save! You gotta save!” What I want to do is encourage people to not only thing about changing peoples’ minds but also about "what do you want the person to do?" and then make it as easy as possible for the person to do it.

How does your work link to employee engagement?

The ideas in Drive are more related to this question. My view is that we trying to manage people into engagement and management was never a technology that was supposed to be used in this way. Management goes all the way back to the 1850s – it’s a technology for compliance. It’s a way to get people to do what you want them to do, when you want them to do it. So, it’s a great tool if you want people to be compliant, but if you want them to be engaged, we need to do something else. Human beings don’t engage by being managed and they don’t engage by being controlled. They engage by getting there on their own. So if you want genuine engagement you need to look at ways to give people more autonomy and self-direction. Self-direction is what leads to engagement. To me it’s like a technological issue – we’re using the wrong technology to get engagement. The technology for engagement is self-direction, it’s not management. How do you look for ways to give people more autonomy/self-direction/control? We need to look at what they do, how they do it, who they do it with, when they do it – and if you start notching up the amount of autonomy people have, you can begin to take a few steps down the path to greater engagement.

What factors/qualities can be signs of future success in the workplace?

Qualities like conscientiousness can be very good predictors of future performance. Out of the Big Five conscientiousness is one of the most important. Another predictor – and this is not so good – is the socio-economic status of a person's parents. So Fred was born to the right parents and John was born to the wrong parents. And that concerns me significantly. It’s hard to examine the predictive power of some qualities. What’s the predictive power of a university degree? Some software companies are hiring based on a person’s reputation inside certain coding communities and they’re saying that it’s far more predictive of future success – basically, that how fellow coders rate the individual’s performance is more important than having, for example, a computer science degree from Cambridge.

What's the next big thing for HR?

Data analytics and data is a hugely important factor and one of things it is beginning to expose is that we don’t know how to hire people and a lot of the signals we use when hiring people, such as university degrees or a university degree from that university versus this one, have very little predictive power. Even previous achievements in jobs often have far less predictive power than we think. A lot of people success is built on context and the network of relationships they had in the environment they were in. Take them out of that context and away from those relationships and plonk them into a new one and they may not be so good. So Big Data in HR will make a massive difference. Also, the feedback mechanisms we use in HR stink. I mean, they’re ridiculous. People do genuinely want to get better and improve and the way you improve is with feedback that’s more frequent and more individualised, which is not what most companies are doing now.