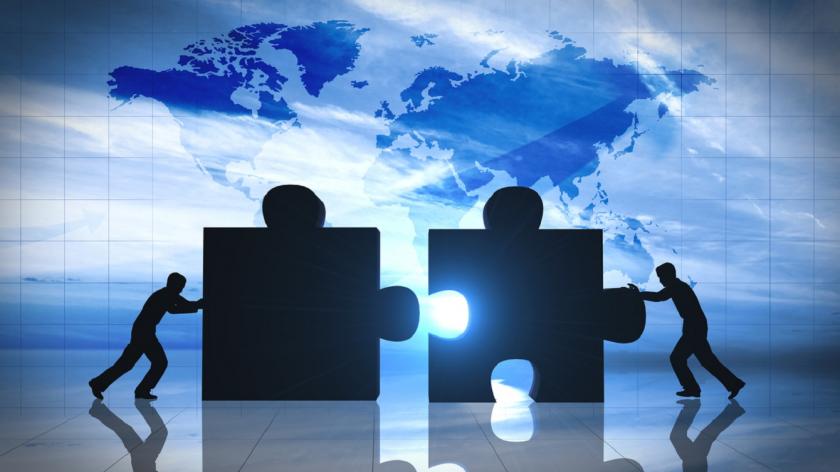 HR and acquisitions: what role should HR be playing?

Mergers and acquisitions involve a great deal of number-crunching and risk assessment. However, the importance of communication and company culture should not be underestimated. James Grinnell, group people director at Currie & Brown, discusses the responsibilities and challenges faced by HR staff during an acquisition.

It may be an old saying, but it remains as true as ever: the most important asset belonging to any business is its people. Indeed, in this post-industrial age, human capital has never been more valuable.

You would think, then, that factoring it into virtually every aspect of a company’s growth would be more or less automatic. Yet when it comes to mergers and acquisitions (M&As), the human resource element is often overlooked.

This can be a real impediment to performance and progress. Research by leading consultants has shown that failure to plan the cultural integration during an M&A process can imperil the whole deal. Indeed, one Deloitte study showed it to be the cause of 30% of failed corporate transactions.

Why does this happen? Historically, acquisitions have been primarily driven by numbers, with the accountants taking the primary role in the process.

Due diligence in the area of HR is seen as an add-on, often coming only at the later stages and looking at elements with financial risk such as employment contracts, global staff costs and pensions and severance liabilities.

This problem can be compounded by the fact that the human resource professionals within the acquiring organisation may not be aware of the important role they can and should be playing as the transaction proceeds.

Other advisors involved in the deal are likely to be professionals in deal-making, whereas HR personnel may only become involved in an M&A once in their careers – or not at all. This means bringing them into the tent is hardly likely to be a priority.

This attitude, though, can create all sorts of problems further down the line. Buy a company and you also buy its people and its culture. Those employees have an environment and routines with which they are comfortable and familiar. If that needs to be changed after an acquisition, the acquiring team must be comfortable as to the impact any changes may make.

A close look at the existing culture is vital. Is it free and relaxed? If so, is a change to a more traditional and hierarchical corporate environment going to negatively affect the dynamic? Or does the culture leave employees feeling marginalised and undervalued, so any change would probably be welcomed?

Of course, issues such as staffing levels and ongoing cost and resource analysis within the new company have to be considered. But the workforce also needs to be engaged and motivated, and understanding what creates this engagement is key.

The HR Department of the acquiring company needs to review the existing culture and recognise that any change creates uncertainty and can be associated with high levels of staff attrition.

This isn’t just confined to the acquiring company, however. Those companies being acquired, particularly where several suitors are interested, should pay careful consideration to the culture of the organisation that is purchasing them. If a sale is for long-term benefit, as opposed to a short-term cash windfall, choosing the right cultural match is paramount.

The importance of good communications

The key to understanding is to speak to the principal stakeholders as part of the due diligence process. It is important to find out things like how the company is run, what people are worried about, why staff have left a business previously, what the investment in training and development is, what the policies and processes are, and how poor performance is dealt with.

In honesty, if you are acquiring or merging with another business, then the culture is going to have to change in some way. You need to know how big that change is going to be and to prepare for it.

During the transition period after the deal is completed, staff are inevitably going to be vulnerable and nervous. Their senses will be heightened as they look for signals about if their role is going to change, or even exist at all. They will want to see if the new environment is going to be welcoming or alien to them.

Without a proper strategy and good communications, there is a chance that some of the star performers may decide to walk out of the door. Depending on the sector, some of the company’s prize customers may leave with them.

Potential difficulties can be resolved

The stakes can be very high indeed: a misalignment of corporate cultures can cause huge problems and, as the Deloitte and other studies show, can threaten the whole transaction.

Yet with adequate planning, these potential difficulties can be resolved. The existing management style needs to be interrogated and areas such as training and development policy, staff benefits and lines of responsibility all have to be understood.

Some of these activities may seem peripheral to the transaction as a whole, but staff do need to see that their new owners are engaged, interested and willing to listen to their concerns. Even just walking around the offices and talking to people at their desks can make a positive difference.

Reducing the risk of conflict

Both companies involved in the process should realise the importance of clear and transparent communication. For only if there are open lines of dialogue can both organisations make clear and informed decisions, thereby reducing the risk of conflict and problems at a later date.

It is unlikely that many of these issues will be addressed under traditional due diligence. But prevention of serious HR issues can be addressed systematically and in a relatively straightforward manner. By contrast, trying to introduce a cure after the event may be impossible.

On a positive note, there are opportunities as well as risks. Learning about the wants, needs and vision of employees can help to improve morale and provide a framework for the new merged company going forward.

As with any housekeeping, the skill is in cleaning out that which is no longer useful while keeping and respecting that which is valuable. Those who tread gently and sweep softly with a new broom will usually find that it does a much better job that way.