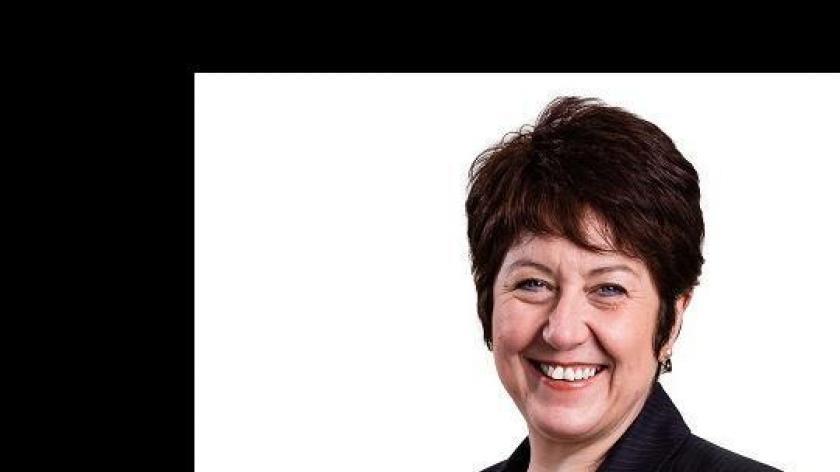 Engagement – wholesale change. Are you ready for it?

This article was written by Karen Drury, consultant with Maven International (UK) Ltd.

A desire for change

Much has been said and written about engagement in the past ten years – from arguments about its definition, to claims about what it delivers in organisational benefits. Regardless of the practitioner and academic debate, engagement is about change. In short, you want a different relationship with your employees.

While no-one could deny that engaged employees, who like their jobs and want to do well for the organisation, is a positive outcome to aim for, many organisations are not yet achieving this.

Understand before you buy

As suppliers vie for position in an increasingly crowded engagement marketplace, organisations could be justifiably confused about the best way to engage employees and which tools to use. This article takes a cooler and more critical look at the claims, and suggests some necessary conditions for engagement – before you spend the company’s money.

The importance of trust

Central to the whole idea of engagement is trust. After all, if employees are to go “the extra mile” for their employer, as explicitly identified as an outcome for engagement in some models, trust is essential. And yet, in the majority of the models of engagement doing the rounds, trust is implicit, not explicit.

There are of course organisations that see engagement as a method of making things even better. But many see engagement as a way of developing relationships that they didn’t have before. This may be fine – if there is trust to build on too. If not, my view is that engaging the workforce will be a slow and uphill task.

Beware the hype around engagement – because some of it is hype..

The academic world has been slow to focus on the concept of engagement, and when they did, talked in riddles of statistics and convergence, or concepts. As a result, the grounds for providing evidence have been taken (perhaps rightly) by commercial suppliers who have talked up the concept.

The issue with commercial supplier materials is that they rarely make public the statistical processes by which they reach their conclusions – meaning you can’t judge how good they are. Additionally, while engagement as a concept has been around a little while, it hasn’t been around so long to allow many longitudinal studies to be conducted.

So while the statistics presented might be impressive, look closely at them, ask about sample and effect sizes, which are often exaggerated.

Of course, some practitioners are less bothered about evidence and measurement. I spoke to one practitioner before writing this article, who said that her organisation cared less about the measurement than “just doing it”. While this appeals to me because the focus is less on what it achieves for employers than what it might do for the working lives of employees – the CEO might not agree if the engagement programme carries a heavy price tag. Which leads nicely to my third point.

Are surveys a good thing?

Surveys are often a key tool in engagement programmes, but are highly unlikely to tell the whole story. They are after all, only one source of data, and they are a lagging indicator, telling you what has already happened.

And obviously, there’s no point in asking for feedback from employees if you’re not going to do anything with it. I’ve been working in internal communication for nearly 20 years, and recent research from Lansons Communication [PDF, 2.46MB] makes depressing reading. It shows some of the problems I’ve been addressing for many years are still around – people contribute to surveys in the hope of getting their voice heard, and nothing happens. If, as an organisation you’re not prepared to tackle the difficult issues, engagement isn’t going to deliver benefits. It will end up as window dressing.

Those with critical reasoning might also conclude that too much engagement can be harmful. If this is too much of a stretch for you, consider the organisational rhetoric of making one big “family” from its employees. This is fine when times are good, and work is plentiful. It’s more of a psychological shock when employees, having developed a relationship with the organisation which they believe is stable and trustworthy, to be “let go” - a bit like a surprise divorce.

Thoughts and writings from both practitioners and academics appear to be making the implementation of engagement programmes more complicated.

For example, some practitioners are starting to ask the very pertinent question – engaged with what?

A study from the CIPD last year looked at the locus of engagement and concluded that employees might be engaged with a variety of things – their customers, their teams, their clients, their task – even individual managers. But this multiple or divided loci makes engagement much more complex as a concept, more difficult to measure and even more difficult to manage. Too much engagement with customers might harm the organisation if it wants to change its customer offer, or even its customers. Among these various potential loci, if one type of engagement is present and another not – does that damage performance? Of crucial interest, does this potential for a variety of loci of engagement make performance predictable?

The CIPD report concludes that although these different loci seem to exist, they are complex, and interconnected. In a world where consulting offers are kept as simple as possible to facilitate sales, this is perhaps an unwelcome issue. The report also raises a point about reverse relationships – for example, if you’re good at your job, will you be more engaged?

What exactly is the employee 'connected' to?

Many conceptions of engagement consider the organisation to be the focus of the employee’s emotional response. Early academic researchers of engagement (Schaufeli, Kahn) considered that the work itself was the source of engagement. We all know people who seem to deliver fantastic service despite their organisation. They do this because their work means something to them.

Meaningful work is crucial to engagement and yet to achieve this, organisations need to provide jobs which enable all employees to fulfil their full potential, have social impact, deliver personal feelings of accomplishment, and enable employees to achieve their highest career goals in the organisation. This is no easy task and for some organisations, would involve them in significant job re-design. It is this required level of change that organisations sometimes – often – miscalculate. And as Professor Katie Truss of Kent Business School has pointed out, the importance of person-job fit is often ignored in practitioner conceptions of engagement – but this may significantly impact the success of an organisation’s engagement programme.

You can't engage everyone

Working in organisations often brings us face to face with negative people – they’re cynical, dismissive and suspicious of new ideas. Faced with their leaden attitude, initiatives which aim to create positivity and good feeling within the organisation wither and die. And indeed, although some practitioners believe otherwise, there are some people who are unlikely to become engaged, no matter what programme you run, or what changes you make.

People are not passive recipients of the workplace – they actively influence their environment. Some academic research by Bakker and his colleagues last year introduced the concept of a proactive personality; one where employees constantly look for better ways to do things. Their research indicates that employees who were characterised with a proactive personality were likely to craft their jobs in order to stay engaged. But not everyone will have such a personality.

As I’ve indicated, practitioner approaches to engagement and academic approaches vary in purpose and outcome. However, the academic belief that engagement is a process, rather than an outcome in itself now seems to be generally accepted by practitioners too. The implications of this are of course, that it is like painting the Forth Road Bridge – it never ends. But has your organisation realised this?

And finally – engagement is quite often focused on employees taking responsibility and control. This has been called job enrichment and empowerment. But job enrichment is complex and a huge task – and often involves ceding power to employees in a way which most organisations (privately) would shudder at. It also makes a considerable assumption that most employees want and are able to take more power and responsibility. And if indeed, you do have employees wanting more power, this in turn affects the role of the manager – if you’re giving power to employees further down the line, what are your managers doing?

Underneath the rhetoric, to accomplish employee engagement effectively, executives need to really understand the huge changes that go with it. As it is currently positioned, I wonder how well senior leaders really can visualise what their organisation would look like if engagement succeeded – and if they would be ready for it.

I like Karen's emphasis on trust. In fact, I think we might usefully dispense with engagement as an objective, and just expect to see it as a side effect of establishing trust or 'good faith'. When you take trust seriously, you're careful not to overpromise - you take pains to ensure employees harbour no illusions about what the organisation does and does not offer in its contract with them, and you constantly work with the line to ensure managers don't allow their enthusiasm to exceed those constraints.

Thanks for the comment and I wholeheartedly agree.  Engagement comes as a happy side effect when the relationship between an organisation and employee is built on truth, the right promises, delivery of these - and over time.

Strangely enough, this was the reason that fe3 (my own company) came into being about 11 years ago - to deliver the organisational promise to employees and to customers, believing that this was the only true basis of any kind of good relationship.  And this wasn't about just what you said - it was about "doing what it said on the tin".