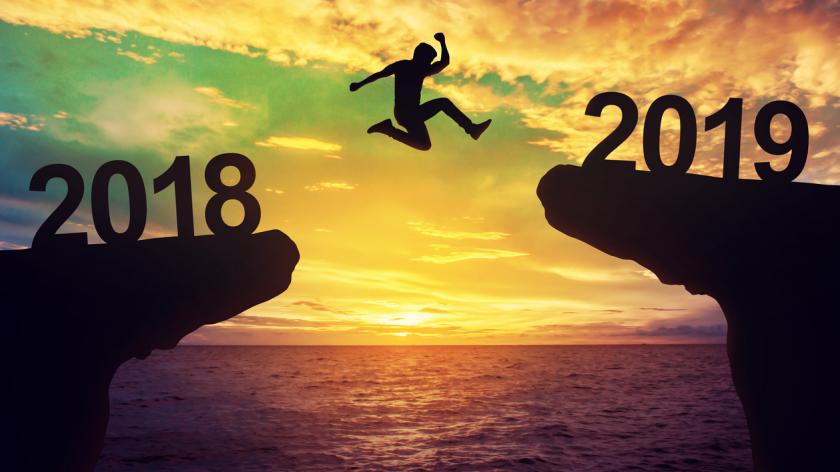 On day two of UNLEASH World Conference & Expo 2018 Jason Corsello, Managing Partner at Acadian Ventures, outlined the upcoming trends that are reshaping how companies are embracing the future of work.

With 15 years’ experience in the HR tech space, Jason Corsello provided a snapshot of what will be emerging and evolving in HR in the next year and beyond.

“We’re on the precipice of a massive shift in HR technology,” said Corsello.

Here is a round up of the key themes he explored in his session.

Across the globe we’ve seen improvements in employment rates, a decrease in poverty rates and the rise of China, alongside expected wage growth this year and next, Corsello highlighted.

Despite this, productivity levels are at an all-time low. And while we have rapidly developed new workplace technologies, this hasn’t yet translated into improved productivity.

Corsello also highlighted that across the past eight years or so new companies have emerged while many legacy companies that were not prepared for the digital revolution have died. And we will continue to see this happen among companies that are not ready for such fast-paced change.

Changing jobs and the rise of gig workers

In the USA and many other countries there are more jobs than can be filled, Corsello stated. Not only this, but the types of jobs and skills required are changing at pace, making recruitment a gargantuan challenge.

Alongside the difficulties with talent acquisition, we are also seeing employee tenure shrinking – the average job tenure for millennials is now 2.9 years, Corsello noted.

He also spoke of the rise of the gig economy. Workers are seeking out more flexibility in their lives; new freelancer marketplaces, such as Gigster, Advisable and Upwork, are emerging; and freelancers are predicted to become the majority workforce by 2027.

The robots are coming

Automation and robotic technologies are being adopted more rapidly in countries with an aging workforce, where young and middle-aged workers are comparatively scarce, Corsello noted.

The move to AI is also changing the skills needed in the workforce. According to the McKinsey Future of Work report, up to 375 million workers may need to switch jobs across the globe.

With the rise of new jobs and skills, learning and development has become a business priority. And it’s not just the digital skills gap that is of concern – soft skills development is critical for humans to thrive in the future technology-dominated workplace.

Corsello highlighted that, surprisingly, regions that were lagging in the past are now leapfrogging ahead in the global skills race.

We’re facing an epidemic of workforce stress, Corsello stated. In a Deloitte survey on employee burnout more than three-quarters of respondents said they felt stressed. And workplaces are now seen as the fifth leading cause of death across the globe.

Personal savings are dropping, we’re working longer hours, student debt is out of control and all of this and more is contributing to workplace stress.

Corsello noted that things are starting to improve with new health and wellness tech developments. But more needs to be done here.

We’re seeing more focus on diversity and inclusion in the workplace – but if we become complacent in this drive for progress, business will suffer.

Looking at gender alone, Corsello highlighted significant developments: as more women join the workforce wages rise for both men and women, the number of women interested in a tech career has never been higher, and girls are now outperforming boys in STEM subjects at school.

“Businesses will lose out on this next generation of talent if diversity and inclusion is ignored – it’s not a nice-to-have, it’s a must-have,” argued Corsello.

The birth of a new tech cycle

It’s an exciting time in HR today, but for all the technological progress we’re making, Corsello made it clear that we must not forget about who we’re trying to support – our employees.

“HR technology shouldn’t just be around automation and process, it should be around making life easier – it should be focused on skills not performance,” he argued.