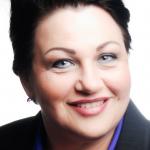 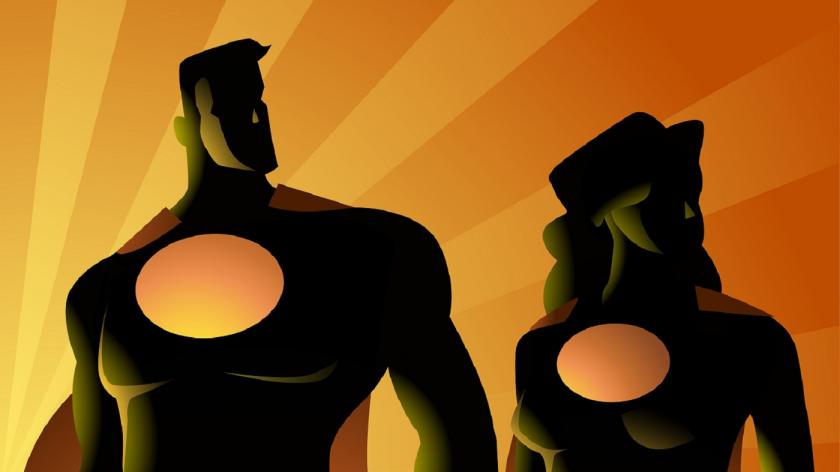 Why your organisation needs post-heroic leadership

Heroes, admired for their bravery and noble qualities, exist in the myths, legends and folklore in every culture.

We’ve all been reared on stories in which a protagonist shows courage in the face of adversity; history has taught us about larger-than-life military and political figures; film and TV have shown us Superman, Wonder Woman and a host of other action heroes.

We all have a strong sense of what a hero represents - and that can be disastrously unhelpful for anyone who steps into a leadership role.

The problem lies in our perception of leadership.

For most people, a leader is the person ‘in charge’. The buck stops with them.

We imagine leaders to be charismatic, powerful and influential figures who can steer organisations through stormy waters by the sheer force of their personality. So when someone becomes a leader, they often feel compelled to act as a hero (or heroine). Sadly, this can give them an inflated sense of their own importance, leading them to adopt what pioneering social psychologist Kurt Lewin described as an ‘authoritarian’ leadership style.

They’ll make the key decisions, they’ll tell others what to do and when problems arise, they’ll roll up their sleeves and get stuck in.

Rather than helping the situation, this dominant or heroic style of leadership often has a detrimental impact. Poor decisions get made because teams are reluctant to challenge their master’s authority; infighting becomes rife as subordinates vie for the leader’s favour; silo working and bureaucracy proliferate.

The heroic style is also self-reinforcing: when its consequences diminish performance, leaders find themselves encouraged to act even more aggressively to finally make things work again.

Worse still, the values of ‘heroic leadership’ cascade down to all levels of the organisation.

Micromanaging and even bullying can become the cultural norm. New leaders - men and women - quickly learn that this behaviour is not only tolerated in the organisation, it’s rewarded. They’ll therefore adopt this leadership style to fit in, even if it’s against their natural instincts.

To cap it all, investment analysts and the media seem smitten by the idea of a charismatic, heroic leader controlling the destiny of a company. They like to see a ‘strong’ commander at the helm: someone who knows where they’re going and who’ll take the company with them.

Ultimately, this model of heroic leadership pervades because it is embedded into our psyche; it’s what we expect. But it needs to be challenged.

In today’s complex and dynamic environment, organisations need the agility, responsiveness and innovation that can only stem from multi-disciplinary working and collaborative decision-making. It’s no longer appropriate to command and control others; you need to take them with you, especially in times of change. This can only be achieved if you establish trust with other people and value diversity of opinion.

Here we see the main weakness of the heroic leadership model: it doesn’t leverage the strengths of others. Because hero leaders take it upon themselves to drive the company forward, initiative gets stifled and employees are left disempowered and disengaged.

Here we see the main weakness of the heroic leadership model: it doesn’t leverage the strengths of others.

That restricts productivity and fuels staff turnover and absenteeism. The truth is that an organisation is never a one-man show.

The alternative to the heroic model - what we call a post-heroic leadership style - involves fostering co-creation and collaboration, negotiating with others and agreeing actions. Instead of telling people what to do, post-heroic leaders will strive to create an environment where knowledge workers can operate autonomously and effectively.

Post heroic leaders do not feel threatened by others who see things differently. They have a big picture view of the needs of customers and of the organisation, in the context of the external environment, and they’re open to fresh perspectives on how to meet these needs.

They understand that, with a trusted team around them, they can use the expertise of others to best advantage. The conductor of an orchestra doesn’t play an instrument but their role is nonetheless vital for a good performance.

They create a sense of unity, reinforce self-confidence, inspire others and infuse them with energy. That’s the epitome of post-heroic leadership.

The benefits of this are considerable.

Firstly, involving people makes them feel valued and part of the organisation. Nobody wants to be told what to do; we all want to make our own choices. A post-heroic style of leadership can unleash talent and improve performance as it frees up the workforce to be more flexible and agile.

It can instil pride in the company and have a beneficial impact on employee engagement. Also, through positive role modelling, the values of post-heroic leadership can cascade throughout the company. That can change the corporate culture and position the organisation as a more attractive employer.

Changing people’s entrenched perceptions and expectations of leadership is a challenge. For many leaders, the heroic approach is the only mental model they know. It takes courage for them to question the style that has got them to where they are now.

For others, the notion of heroic leadership is tied to their ego. It embodies their self esteem and sense of status.

The first step in developing a new leadership style is for leaders to reflect on their own mental models. They have to understand how the nature of their role has changed, why a new style of leadership is needed and what behaviour is required today. Essentially leaders need to shift their focus from exercising ‘power over’ others to employing ‘power with’ others.

New skills will also be required. One particular skill that’s valuable in post-heroic leadership is sense-making. In organisations, data mining has become an important activity but the real value comes from analysing and interpreting the results.

One particular skill that’s valuable in post-heroic leadership is sense-making.

In the same way, post-heroic leaders must be comfortable with conflicting views and different interpretations of information, so they can help teams make sense of ambiguous situations and take appropriate action.

Finally, leaders will need support to help them embed the necessary behavioural change. Many leaders don’t realise the impact they have. They need to recognise that different circumstances require variations in their style. Some situations will continue to demand stronger leadership; others may require them to take more of a back seat.

Having a greater awareness and understanding of which style is best suited to which circumstance will help them to respond and behave appropriately in each situation.

Experiential learning programmes can help leaders with each of these aspects.

The right programme will challenge leaders’ self-perceptions and mental models, help them discover their values and purpose - and make them explore and expand their repertoire of leadership styles. The definitive reason why every leader should switch to a post-heroic leadership style is the impact it can have on others.

As a leader, you’ll benefit and so will your organisation because this approach inspires performance, not simply obedience.

I hold a Ph.D. in Economic Psychology and Sociology, Graduate Study in Management and Administration from Harvard University, Certified Prince 2 Practitioner (APMG/QMS/Registered Certification) and speak...

Excellent article Val! I wholeheartedly agree with your perspective. Leaders should become servants to the skills and capacities of their people. The world is changing too rapidly for the "hero" at the top to know enough to make fully informed and expert decisions. The sustainable organisation will be self-organised and hierarchy will be turned on its head. Hoping to hear more from you!

Thanks for that, Val. As mediators we come across the heroic approach to conflict resolution time after time.
The 'Heroic Leader' sees it as their role to resolve people's disputes for them. Sometimes it works, often it doesn't. The post-heroic leader who is, as you put it, '...comfortable with conflicting views and different interpretations of information..' will be a leader who treats their team members as the best experts on how to manage their OWN conflict. The humility and inclusivity that this requires does not sit comfortably with many 'heroes'.
But if they can foster these qualities and as you say, '...take a back seat...' when resolving conflict, the impact on others is profound and enduring. Thanks again for your thoughtful post.