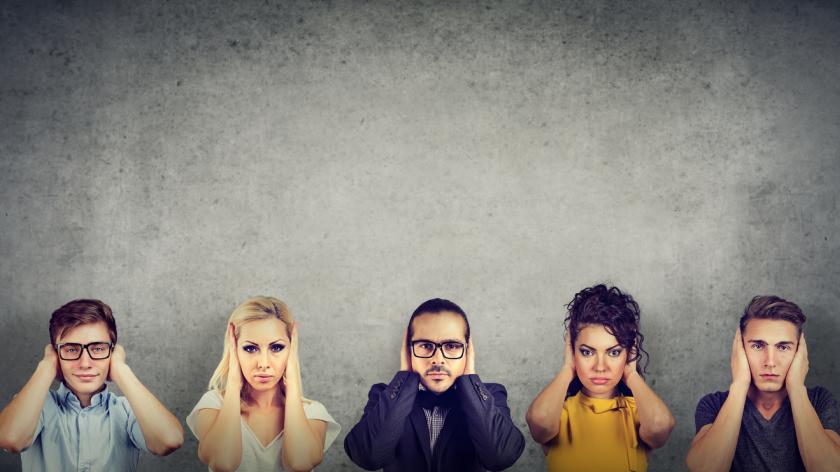 Both consumers and employees want to see more ethically conscious organisations. If employers don't take these expectations seriously, they run the risk of future irrelevancy.

Something happened in the UK’s December general election that we hadn’t seen before. For the first time, serious efforts to tackle climate change and protect the environment were at the forefront of every party manifesto. More than two thirds of voters now believe that the Government should be doing more to protect the environment. Even in the US (a country whose President doesn’t believe in climate change), two thirds of Americans think their Government must do more.

This leads us to the realisation of another new phenomenon: when we have presidents who are socially irresponsible, CEOs end up pushing corporate social responsibility further than they usually would.

It’s not just consumers that want to see changes, employees themselves are demanding more conscious employers.

A few years ago, Nielson reported that globally 73% of consumers are willing to spend more money on a product if it comes from a sustainable brand. And according to a Horizon Media study 81% of young people expect companies to make a public commitment to good corporate citizenship.

Looking back, we can see that 2019 was known as the year that young people lost their patience with big business. In just 12 months, the percentage of people who believed business was having a positive impact on society dropped sharply from 76% to 55%.

But it’s not just consumers that want to see changes, employees themselves are demanding more conscious employers. An early 2019 study found that nearly 40% of younger employees have chosen a job because of sustainability and more than 70% say they are more likely to work at a company with a strong environmental agenda.

The workplace can drive the changes we need to see

Over the past few years we’ve seen employee activism lead to intentionally losing customers, mass walkouts, petitions and even CEOs being ousted. Most recently an employee working for the League Against Cruel Sports spoke out against his employer’s pension that was investing in companies that he believed clashed with his and their values. We’ll come back to pensions and investments shortly.

More than a decade after the big tech firms in Silicon Valley lured the best talent from around the world, there is a growing sentiment that the best positions aren’t worth the ethical trade-off. Big employers like Google, Facebook and Amazon have driven huge scepticism in big tech and its once positive impact on the world. This ‘techlash’ is on the back of government fines, tax dodging, handling of sexual harassment claims, protests, and the unfair treatment of staff.

There is empirical support for the idea that socially responsible employers can pay lower wages yet still attract motivated employees.

A university best known for feeding talent in Silicon Valley is Stanford. But even its graduates are deciding to avoid these big companies with questionable ethics. These student voices are echoing those of many around the world who want their employers to take a stand and make a difference.

According to new research, helping the environment and saving more money are the two top new year’s resolutions for 2020. More than 83% of young people say they would be more loyal to companies that allow them to contribute to social and environmental issues. Three quarters would even take a pay cut to work for a socially responsible company.

Don’t be left behind

As I write this article there are currently more jobs in the UK than there are skilled people to fill them. It has never been harder for employers to attract, retain and engage their employees.

Temptation is everywhere and, this year, 50% of employees say they will be looking for a new role. Employers must do everything they can to ensure they have the best chance of picking who they need from the talent pool but also to keep these people engaged and committed to produce the best outcomes.

There is empirical support for the idea that socially responsible employers can pay lower wages yet still attract motivated employees. I expect this will be the year that employers from every industry will start to embed more socially responsible practices into their employer brand – and so they should as academics are proving the effort is worth it.

An easy change any one of the 10.4 million people who contribute to a pension can make is to move their pot to more ethical funds. Last year was a record one for ethical investing. Sustainable funds attracted more than $4bn in each of last year’s first three quarters. Historically, these had never exceeded $2bn per quarter, so a big increase.Employers and providers of workplace pensions are being urged to do more to meet the growing demand for ethical and socially responsible investment funds. With around 9 in 10 employees investing in their schemes default pension fund, employers must do more to make it easier for staff to understand and switch to Environmental, Social and Governance (ESG) funds.

I’ll leave you with some words from futurist Mark Stevenson who believes employers will find it increasingly difficult to survive in a world where people want to make a difference. Speaking to CityWire in 2015, Stevenson said “If they don’t take their social responsibility seriously, they will become increasingly irrelevant in a society with a generation growing up who does not want to be rich and have City jobs but wants to do something good for society.’