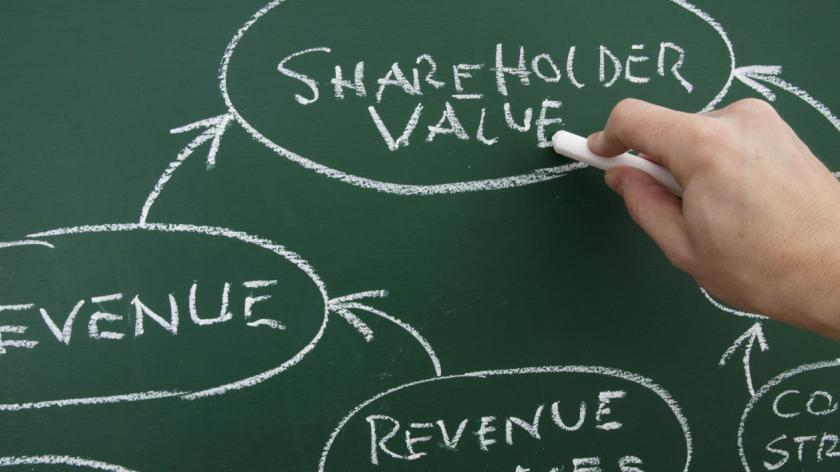 "When you explicitly put shareholders at the top of the pecking order, the others don't make out as well."

This is an interview with Rick Wartzman on the rise of the gig economy in America. Keep reading for Rick's bio and our questions. 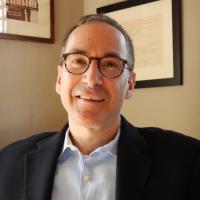 Who is Rick Wartzman?

Rick Wartzman is a senior advisor at the Drucker Institute at Claremont Graduate University, a contributor to Fortune magazine, and the author of The End of Loyalty: The Rise and Fall of Good Jobs in America, due out in May 2017.

Jamie Lawrence, Editor, HRZone: Is the traditional way of work on the way out as the dominant model of employment in the world?

Rick Wartzman: Clearly, more and more people are working in nontraditional arrangements (not just in online "gig" jobs but as temps, independent contractors, etc.). This has been a growing trend for decades now, and it is definitely accelerating.

But in terms of this being the primary way that someone earns a living, the numbers remain pretty small: Only about 15% of the labor force in the U.S. is engaged in alternative work as their primary occupation.

Those numbers climb to as much as 30% if you count people who supplement their primary income with independent work.

But even then, as you can see, the vast majority of people are still drawing their paychecks from traditional organizations.

And it's not like those traditional organizations are suddenly going to vaporize. The majority of organizations need mostly full-time workers to be viable, and I don't see that changing anytime soon, if ever.

So in short, yes, society is moving away from the traditional way of work— but not as quickly or as extensively as many people seem to think.

Jamie Lawrence, Editor, HRZone: You say that the rise in new models of work are good for flexibility but not security. Will we increasingly see state-supplied security e.g. basic income?

Rick Wartzman: I don't think so, at least not anytime soon.

At least in the United States, society has moved far away from a we're-all-in-this-together ethic, which was clearly felt by the generation that came through the Depression and World War II, and gravitated toward an individualstic mindset.

We've seen this we-to-I transformation in the business world (with its focus on maximizing shareholder value), but also with the prevailing view that the role of the state should be highly limited. (Even Donald Trump, while embracing certain populist rhetoric, has called for deep cuts in nearly all government spending beyond the military; the social safety net stands to be shredded under his administration.)

All of this makes me highly skeptical that a universal basic income is going to emerge in the United States in the foreseeable future.

While there are some interesting experiments happening with UBI (like what Sam Altman is doing in Oakland, California) and some very smart people backing the concept (via the Economic Security Project and other groups), I think we're going to need a huge shift in norms and culture—back to "we" and away from "I"—before UBI can gain any real traction in America.

And that's going to be a very long and slow process.

Jamie Lawrence, Editor, HRZone: What's driving the 180 degree view of employees by employers, to a cost to the bottom line that must just be minimised? Is it just competitive pressures?

Rick Wartzman: Employers have, of course, always been focused on the bottom line. If not, they won't be in business very long. There's nothing new about that. And, yes, competitive pressures in a world that is ever more interconnected—driven by a combination of trade and technology—are clearly a factor.

But something else is also at play: an almost manic preoccupation among corporate executives to "maximize shareholder value." Through much of the post-war era, executives were much more likely to try to balance the interests of all stakeholders.

Shareholders were important, but so were customers, the communities where the business operated and employees. When you explicitly put shareholders at the top of the pecking order, the others don't make out as well. Over the past 40 years, employees have seen their job security, health-care benefits and pensions erode and their wages stagnate.

This is, in no small measure, due to the short-term financial pressures that come when corporate executives are conditioned—often through their own compensation packages—to focus on quarterly earnings and daily share price.

Jamie Lawrence, Editor, HRZone: Do you feel there's a further point than the gig economy as the employment model shifts more, such as how AI will mould the future of work?

Rick Wartzman: Though some very smart people have come to believe that robots will eat most of our jobs, I'm not in that camp.

I do think that, over time, plenty of new jobs—in new industries that we can't even envision at the moment—are likely to materialize alongside AI and machine learning.

The most sophisticated analyses I've seen suggest that in many cases, entire jobs aren't going to be replaced by technology; rather, parts of jobs—that is, discrete tasks within an occupation—will be automated out of existence.

But other parts of the job will still require human beings to do things that human beings (and not machines) are best suited for. Think creativity, empathy and manual dexterity.

All of that said, I also worry greatly that those who already are having the toughest time in our "knowledge economy"—namely, those with few skills and little education—are the most at risk for being displaced by machines. These are people who mainly perform simple and repetative tasks.

In the U.S., President Obama's economic advisers issued a report last year estimating that more than 80% of those making less than $20 an hour "could face substantial downward pressure on their wages to remain viable in the face of competition from technological substitutes."

In other words, a huge swath of the American labor market (at least half of it) is highly vulnerable to being disrupted. And that portends great social and political unrest.

Jamie Lawrence, Editor, HRZone: What do you think HR people should be doing to mould the workplace to be positive for both permanent and gigging workers? What should a brave HR Director do to help make progress for both employer and employer? Most companies claim that people are their greatest asset. Few, however, act like it.

Rick Wartzman: A brave HR director would encourage those in the C-suite to invest in their workers—including those on the front lines—with good pay and benefits; flexibile work arrangements (so workers can tend to family responsibilities, such as child care and elder care) where possible; and deep and continual worker training.

This last element is particularly important in a knowledge age. Unfortunately, the opposite is happening.

The University of Pennsylvania's Peter Cappelli has found that where workers received 2.5 weeks of training per year in the late 1970s, that's now down to just 11 hours (and I suspect that much of that is devoted to topics such as sexual harassment training and other forms of HR compliance—not building new skills). Lifelong learning needs to be made a corporate norm.

Excellent article which hopefully will find its way into management lecture theatres around the world.

Never cease to be amazed that supposedly intelligent experienced Managers and Directors worldwide do not seem to understand that shareholder value will be optimised when the troops at the frontline are working to capacity, which doesn't just mean they work 18 hour days, but that they are properly trained to work as efficiently as possible. That in term inevitably leads to the troops being involved and interested and good with customers who in turn keep coming back, etc. etc.
Well done Jamie getting this article published.

thanks Don, glad you enjoyed it. I agree with your comment - working smarter, not working harder and longer.