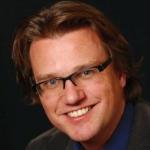 The hidden benefits of workplace diversity

Hedge funds aren’t exactly known for their innovative people management practices, however there are exceptions to every rule.

In this case the exception is Bridgewater Associates: founded by Ray Dalio, the company’s guiding principle is one of “meaningful work and meaningful relationships through radical truth and radical transparency”. Bridgewater’s employees, all 1500 of them, are encouraged to be honest with each other, with widespread recording of conversations taking place to discourage people from talking behind each other’s backs.

It sounds like an interesting place to work, but can this rather extreme example of innovative company culture actually teach us something about how ‘normal’ companies should operate?

Bringing in a 'co-CEO'

The latest move which has surprised industry watchers has been the hiring of a new co-CEO, and this is particularly relevant for businesses looking for fresh ideas on people management. While hedge funds are usually led by someone with considerable expertise in the field, Jon Rubinstein is not only not from a finance background, he’s an ex-Apple employee noted for his close relationship with Steve Jobs in the early 2000s, when he was product manager of the original iPod (which heralded his nickname “the Podfather”).

Dalio is moving away from a day-to-day management role and existing CEO Greg Jensen remains as co-CEO, to focus on investments. This separation of technical expertise from management is in tune with the growing focus on the benefits of diversity among business leaders.

The importance of 'thought diversity'

American social scientist Scott Page has spoken extensively on the power of diversity. In his book The Difference, he indicates that cognitive diversity - or ‘diversity of thought’ - is one of the key drivers of high performance among teams. This equates to the different ways people think, rather than the different ways they look.

Insight from Dee Leopold at Harvard Business School would seem to support this - when discussing the need for more variety among the educational backgrounds of HBS students, she points to the benefits of having a multitude of perspectives when solving business problems. While demographic diversity might prompt cognitive diversity in some cases, it isn’t our race or gender, but how we think, that is impactful on performance.

One example that Page uses is in a monetary policy committee: if the majority of members have a background in economics, there could be real benefit in adding someone to the team who has a different area of expertise. This doesn’t mean that skillsets should necessarily overlap or that people should ‘try their hand’ at something new, rather that each team-member offers skills that complement those of their coworkers. In Bridgewater’s case, Rubinstein’s experience working for Apple introduces a fresh perspective to accompany Jensen’s skills in finance, and their different responsibilities will reflect this.

The difficulty of hiring for cultural fit

First companies need to define their culture in a way that is meaningful. It’s all very well to have “espoused values” but what is the reality of the culture? Also be realistic about how uniform culture will be across the organisation. In larger companies with teams undertaking radically different activities culture will vary. It’s important to have enough room for these sub-cultures to survive. Cultures can vary between teams: for example what works for a group of developers will not be the same as what works with the sales and marketing team.

Secondly, cultural fit should be given equal weighting to having the requisite skills, and this means that both should be measured with the same rigor. Often the go-to way of measuring a candidate’s cultural fit is to conduct a lengthy series of interviews, and although interviews have their value, too many can actually serve to put off good candidates who feel undervalued amid a ‘one-way’ selection process.

Using algorithms for hiring can help to support the decision-making process and promote diversity among teams. Not only are they blind to human discrimination but they can scientifically analyse any hidden biases that may be present - we can’t apply scrutiny to human decisions in the same way.

And while HBR research has shown that computers actually outperform humans in finding the best candidate, having a balanced approach will likely leverage the best results.

Bridgewater’s recent hiring decision may raise eyebrows, but there are lessons to be learned from Dalio’s proactive approach to team design and people management. Currently not enough companies are thinking innovatively about their people decisions or measuring the impact that they have on business performance. As an experiment in diverse hiring it will be interesting to see how the co-CEO hiring decision at Bridgewater delivers.