"The gig economy does not have to rely on denying worker rights."

This is an interview with Erin Hatton, who  is Associate Professor of Sociology at the State University of New York at Buffalo. Her research focuses primarily on the sociology of work and also includes forays into race, gender, social inequality and law. 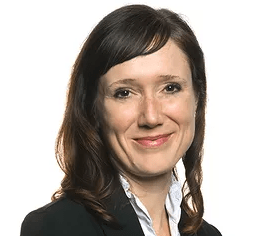 Jamie Lawrence, Editor, HRZone: Can you contextualise the gig economy historically? Is it a new thing?

Yes and no. It’s new in that it’s a break from recent history in that in the long stretch of things jobs have typically been temporary, short-term, insecure, unstable, but we saw a blip at least in US history and elsewhere in the western world towards increasing wages, job security, better working conditions for workers, etc.

The US peaked in the mid 20th century and the belief was that this trend would continue, that it was progression towards better jobs for everyone.

At that time most of the good jobs went to a slice of the US population, typically white men, but it was expected this trend would expand and jobs would get better and it would help fuel economic growth, but of course in recent years, since the late 1970s, we’ve seen a change towards more how things used to be for a long time in history in terms of jobs in a capitalist economy where they are trending towards being more insecure, less stable, less well-paid.

So it is new and it isn’t new, is the short answer.

Multiple factors. Overall economic growth and a strong economy allowed for these things, but also worker organisation and resistance and workers getting together and pushing for better working conditions.

As union identity increased the effects went further as many sectors and industries copied what was happening in other already unionized industries. Wages, unions contracts and worker protections were brought in to keep the unions out of certain parts of the US economy.

So they had a pretty broad effect in raising labour standards for many workers. But this was helped by a prosperous and growing economy overall.

Jamie Lawrence, Editor, HRZone: You mentioned since the 1970s this trend has reversed whereas the public would say it’s just started to reverse (maybe these are just the insulated parts of the population). What caused the drop off in the 1970s?

The general populace is seeing these effects more broadly but the forces really began in the 1970s.

So we saw in the US a broad attack on unions with unions in decline, global competition rose dramatically so the US economy went from being fairly insular and very prosperous to a series of serious recessions in the 1970s.

Global competition came into play, coupled with re-regulation of various industries and demonisation of the union sector and lack of organising forces.

All of these combined to reverse the trend towards expanding and rising worker wages and rising equality and increasing labour standards.

These forces have been happening for 40 years. In terms of the reduction in the effectiveness of unions, there has been a steady and dramatic drop in unionisation.

Private sector unionisation is certainly less than one in 10 workers. Public sector union membership is obviously higher but they have come under significant attacks in recent years so this is dropping too. This has brought implications for all workers, unionised and non-unionised.

Jamie Lawrence, Editor, HRZone: Are unions operating cyclically i.e. will we see the rise of them again? Or have they had their day?

It’s hard to say. Historians would say they don’t like cyclical or pendulum metaphors because these things are swung by human action: they don’t swing themselves.

It could be that workers will organise - or people, in general, maybe not around work - and collective power will happen in new ways, and indeed it should.

Unions are by no means a panacea but they remain a good, though flawed, means for personal organising.

Jamie Lawrence, Editor, HRZone: The gig economy is essentially casual labour, no different from other forms of casual labour that have occurred in the past, but are there any differences you see?

In the long-term history there’s continuation but we’re coming from this significant historical moment where our modern notions of work were formed.

In this modern notion we see employment as a route to get security and social benefits. In the US social security and pensions and healthcare - to an extent - are tied to employment.

So because our notions of employment and security and social security are so tied, it does feel like a significant break from the past when we see growing numbers of employers using what would typically be defined as employees but exploiting these loopholes in employment law to characterise them as self-employed.

So they’re technically independent contractors and therefore companies can avoid having to provide all the benefits and security we now expect to come with employment.

But it’s important to note the gig economy does not have to rely on denying worker rights.

Temporary work is a great way to earn extra money or have employment flexibility but when it comes at the expense of employment rights, security and benefits, that’s when it becomes a problem.

Jamie Lawrence, Editor, HRZone: What’s the government position on this movement? This is a big change: there's lots of negativity with the decoupling of social benefits from employment.

The business community has been very successful at promoting the notion of flexibility but when they say that what they really mean is flexibility for employers.

Everyday people, politicians, business owners, everyone buys this notion that flexibility is where it’s at and what we need and they buy into another notion that there’s some equation between worker wages and business profits.

My students broadly accept that if we increase wages by one iota, that will increase costs and everyone will suffer. So they’re very worried about costs in terms of consumer goods. But they don’t get that workers are also consumers and so when they have more they also spend more and that’s not broadly accepted and I don’t really understand why.

We just kind of swallowed the flexibility pill and the belief that every dollar spent on wages is just a dollar taken away from profits and a dollar added to consumer costs.

Jamie Lawrence, Editor, HRZone: Is the decoupling of the nature of work a long-term trend? For example you can separate out the cost of living into a basic income and then work becomes something different.

That’s a good question and I don’t know the answer.

It does certainly seem like that’s where we are trending now and in some ways I for one would welcome decoupling some social benefits from employment. Healthcare is certainly one of those.

But the future is not clear to me on this. At least in the US we have had some successful pushback [against the erosion of worker rights], such as the Fight for 15 campaign, and other forms of resistance and organising, but I don’t really know where this is going.

Jamie Lawrence, Editor, HRZone: What’s the technology aspect of all of this? Any thoughts on automation and casual work?

The general belief is that any change we see in the world of work is driven by these faceless forces of technology and globalisation. While there is clearly some truth to that, it takes any human agency out of the equation.

We need to remember technology is not some deterministic force: it doesn’t determine how things are going to change. Is it important? Clearly, but companies have decision-making agency in how they choose to implement technologies.

My students always read an article on the implementation of ATMs at banks. Two banks did it in very different ways. One of them de-skilled work positions and got rid of bank tellers and another up-skilled other positions to do more complex work while letting the ATMs do other stuff.

Globalisation is the same: there are very real global competitive pressures on organisations but they don’t mean we have to downgrade working standards and conditions for workers.

Some kind of [government] intervention in the ‘race to the bottom’ to incentivise companies raising working standards would help, for example.