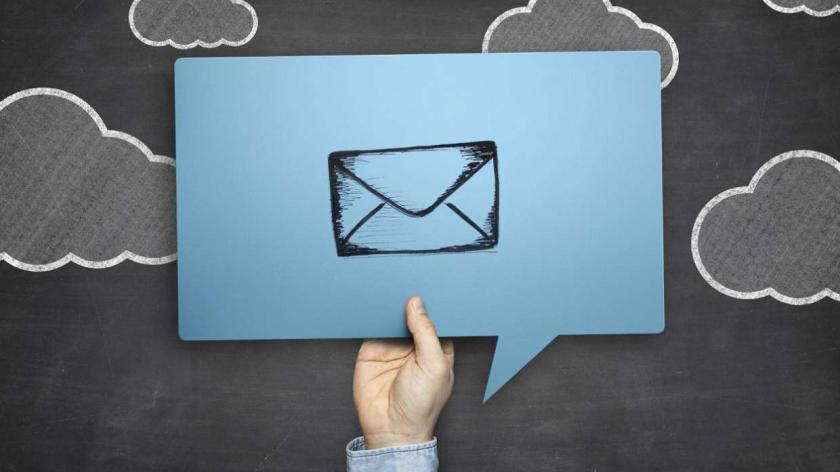 Seven Emails: emergent behaviour to work as a discretionary choice

Seven Emails is our conversation-driven dose of insight. We start with a topic and see how the topic is moulded and changed in seven emails. Fancy getting involved? Drop us a line at [email protected] and we'll get something set up. You pick the topic, we'll respond. Then we'll have five emails to take us to our destination. Where will we end up?

Today's Seven Emails conversation is between Jamie Lawrence, Editor of HRZone, and Perry Timms, one of our regular columnists, regular keynote speaker and HR consultant. Perry's waging a personal war against email - he's much more socially-driven, so this is Seven Slack Messages, just to shake things up a bit.

Jamie Lawrence: I'll kick this Seven Slacks off by talking about emergent behaviour and why senior leaders seem to find it so hard to facilitate emergent behaviour. In 2016, we're still in the mindset of rolling out initiatives, telling people what to do, focusing on cure rather than prevention, telling people what values are, sitting in a room and 'coming up' with a new culture.

This feeds a culture of negative emergent behaviour, shielded from senior staff -  such as people taking compliance shortcuts or complaining about the company behind its back.

Why do senior leaders seem to find it so hard to facilitate emergent behaviour?

It frustrates me that we're so far behind in terms of the shift to positive emergent behaviour based around social units in the organisation,  aligned with company goals.

Until organisations understand this, work will forever be something 'done' to you, and it's time that changed.

Perry Timms: Done to - yes. Long since realised a lot of what I was exposed to in the past was this. Someone else said "this is important" and sometimes it clearly was but where was the engagement with me rather than just offloading on me?

In 2016 we're WAY more clued up about things than before. Not JUST the proliferation of a lot of open web content but literature and published works that tell us where others have made a more inclusive and humane way of working possible, plausible and sustainable.

Fear is the only thing I see keeping people from moving their thinking and doing.

I genuinely don't understand why more people in companies don't get it and do more open, inclusive stuff. ALL the behavioural science we now see is telling us that psychologically and emotionally people do their best stuff when it's under their ownership.

Fear is the only thing I see keeping people from moving their thinking and doing - and that's them - not some system or model or archetype. Their own personal fear. Time to change - as you say.

Slack #3 - The principal-agent problem and the issue of alignment

Jamie Lawrence: Fear, yes, the whole advertising industry has fed off it for a long time. But let's take a look at individuals in organisations then because if fear is driving a lot of behaviour, are they really acting in the best interests of the organisation or are they just protecting their positions?

No blame' cultures is the buzzword of the day, but what does this actually mean?

We incentivise people to encourage them to act in the interests of the organisation, but is there a point when incentivisation has to overcome such powerful forces - fear of personal failure, fear of social shaming, fear of failure etc - that the incentivisation is sufficiently pointless because people are incentivised solely through their own internal fears?

And if so, how do we move on from here?

'No blame' cultures is the buzzword of the day, but what does this actually mean? Or is this an alignment issue, simply that the needs of modern corporations - 'slaves to shareholders etc' - just aren't aligned with most individuals?

Slack #4 - Are we powerful beyond measure?

Perry Timms: That's deep and worth thinking some more on. Yes I think there is a lot of fear of loss, failure, face.

Yet when you see organisations operating without fear - like the WorldBlu.com list of companies - they are thriving because of the displacement of fear with achievement, autonomy and alignment (as you say).

So these may be privately owned, employee owned/co-operatives or may be shareholder owned. I'm reminded of a terrific conversation at the Meaning conference in 2015 on what is the best model for the most appropriate use of power?

Employee-owned advocates shouted loudly at how good that model was for inclusivity and shared sense of responsibility - they were aligned because they owned the company.

If the customer is king, why do companies try and get away with shoddy service or poor quality goods?

Yet there were examples of inclusive companies who were still shareholder owned but the shareholders knew the company was run on this participative basis.

If the customer is king, why do companies try and get away with shoddy service or poor quality goods? If money isn't the thing, why do we charge so highly for things and lock them into agreements considering them a target and a sales / conversion conversation only and not "what's best for them?"

The alignment on making a sustainable income and delivering something brilliant and magical often gets corrupted and distorted. Which is where bad things happen like sub-prime mortgages.

I think many people struggle to see the virtue in JUST making money and want to see themselves and their colleagues treated well for their endeavours and customers not shafted by money-making schemes that looks on them as targets and campaign facets.

Fear is putting us down a path that to many individuals means keeping their silence.

I think fear drove VW to do things they now regret. And the banks. And sometimes hospitals, schools and charities even. Fear is putting us down a path that to many individuals means keeping their silence. It makes them do things that simply aren't right and distorts the way we behave with each other.

We move from here by replacing fear with more positive factors - sounds simple and even a bit naff.  However Madiba defined this:

Actually, who are not to be? You are a child of God. Your playing small does not serve the world. There is nothing so enlightening about shrinking so that other people won't feel insecure around you. We are born to make manifest the glory of god which is within us.

It is not in just some of us, it is in all of us. And as we let our own light shine, we unconsciously give other people permission to do the same. As we are liberated from our own fears, our presence automatically liberates others." --Nelson Mandela

Slack #5 - Mortgages to pay are the problem

Jamie Lawrence: Very interesting and for me this comes back to the role of the individual in work.

Fear of failure, perhaps, is driven by the NATURE of our relationship with work. The fact we HAVE to work, for most people it's not a choice.

So to take this line of thought further- is self-actualisation the overall goal for individuals in work and is this the endgame for our current conversations around meaning, purpose etc? Right now I don't think people would argue that not all work and all jobs can be inherently meaningful.

But are we moving to a state where, due to automation, we are left with only higher-level work of meaning and that human beings will thrive in this state where, essentially, work is a value-add, NOT a way to earn a living?

Are we moving to a state where, due to automation, we are left with only higher-level work of meaning

So you know, perhaps everyone gets a basic income and work becomes something purely self-actualising, something where you can choose what you do rather than be compelled and controlled by job market forces, mortgage rates etc?

I talked to a senior HR director and leader once who said "to be an effective director, you must be prepared to walk away" i.e. you must stand up for what you believe, be bold, be courageous. But can you always do this with mortgages to pay, etc?

To be an effective director, you must be prepared to walk away.

We cannot always do what we believe in and is this the problem? If everyone was paid a basic income and work was a value-add, people could choose more, and could walk away if the things they needed to do went against what they believed in.

Slack #6 - Artisan cake-making for the win

Anyway my point there is pipe-dreams can become a reality.

I think we WILL see higher value work with more meaning and we can expect to see standards of the roles people perform raised. There will still be a need for people in the manner of health and social care; complex societal problems; innovation to improve the way we live, learn and work and more.

Pipe-dreams can become a reality.

Basic incomes are of course what drives us and as things become more efficient and we can rid ourselves of things which cost us a lot in expenditure (too much material gain, travel to work and the like) then we have less of a need for MORE money and we might just invest in our local charity which helps children with learning difficulties.

So yes, it looks now like there are a lot of jobs that would really struggle to be meaningful but that isn't a pipe-dream in my mind that we can reimagine roles so that they become more meaningful. Automation will take away those dangerous, dull and dead-end roles no-one really chooses.

Automation will take away those dangerous, dull and dead-end roles no-one really chooses.

Walking away is already becoming more noticeable. Where values are compromised, where the grind becomes too much. So we see more freelancers in cake making; artisan foodstuffs; healthy living whatever it may be.  eople have and are making choices not JUST on economical grounds.

Slack #7 - Work as a discretionary choice

Very true Perry and actually it is about personal balance and rationalising of lifestyle and dreams.

As well as people moving to artisan freelance professions, there are people reconsidering their own approach to consumption and the type of lifestyle they want to have.

At the same time, entrepreneurs are commercialising a type of happiness that is not consumpton-dependent e.g. Headspace, for mindfulness.

As human beings we are re-thinking what makes us BEINGS and this involves, naturally, asking what we need to make us happy.

As human beings we are re-thinking what makes us BEINGS.

If we have smaller houses, rent our cars rather than buy them (buy appreciating assets and rent depreciating assets), grow some of our own food, buy second-hand, swap tools, etc, we do not need as much money, and work takes a smaller part of our lives, and the choices we make in work can then be more discretionary.

That can only be a good thing.