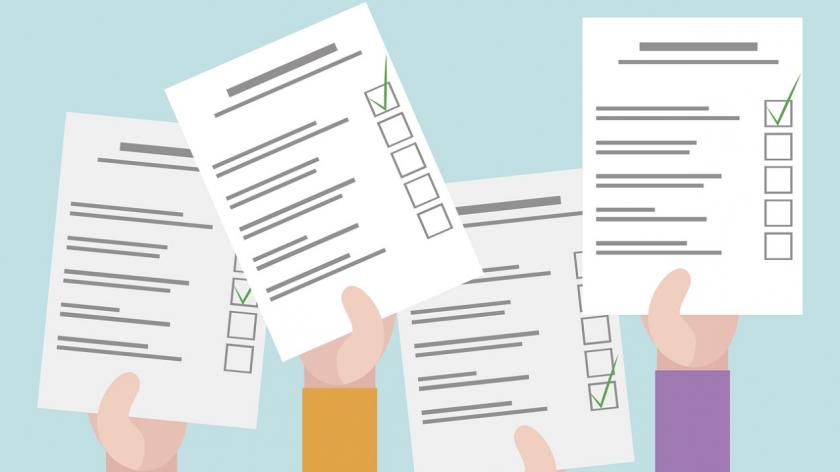 Is it game over for psychometric questionnaires?

It’s widely accepted that the value of the video games market overtook that of Hollywood more than a decade ago and more people now play games than don’t. Games immerse the player in a virtual world where they must make decisions and trade-offs and deal with other people to get the job done – and do it all under rising pressure. Games take a range of multi-dimensional inputs and assess the profile of the person playing.

Breakthroughs in virtual worlds, big data and universal connectivity are combining to change business irrevocably and one area seizing the opportunity is recruitment. There’s a complex process going on here – these changes are both caused by, and are themselves causes of, a megatrend that is washing over industry after industry.

There are good reasons they may mean it’s game over for traditional questionnaires.

Cumulatively, plummeting storage costs, multiplying processor capability and the rollout of high speed data networks are creating what amounts to an entirely new game being played on an entirely new playing field.

And that doesn’t just provide you with familiar things that work better; it creates a different way of looking at things, in which the old way can seem obsolete in its entirety – and to those born in later eras hopelessly, almost bafflingly, quaint.

Once that happens, the underlying assumptions can fall out of conscious awareness; they become just how the world is. Anything else seems wilfully absurd.

And this is where questionnaires are beginning to stutter. Maturing as a technology in the 1960s, they fitted the world they were born into. They looked like the stuff around them. Neither so freakishly advanced as to raise doubts, nor so ploddingly steam-driven as to invite disdain, they were credible in part because they chimed with the world of their day.

And this is the problem now.

When we snigger at – for example – those brick-like mobile phones of the 1980s, we take it for granted that we are, must be, smarter than those clowns leaning on their BMWs. Now obviously, we aren’t so why do they – arguably the smarter, more forward-thinking people of their own era – seem absurd to us?

It’s because they violate our sense of ‘just how the world is’. Looking back at us from their posed photos they demand we take them seriously. And we can’t. Because they’ve got those – hand over mouth guffaw –those phones! Like, don’t they know?

The idea of 'technology distance'

For psychometric questionnaires, this feeling, whose roots lie in a similar ‘technology distance’, is coming through in a widespread sense among millennials that the results must be manipulatable.

In a world whose baseline norms have been lifted to a new plane by iPhones, social media and games, questionnaires seem linear and flat.

They seem obvious, simple and therefore, to those born in a later era, they seem out-wittable.

Now there’s a good case to be made that they’re not. Those 80s phones worked just fine thank you very much, and traditional psychometric questionnaires deliver the goods too. Try to fake ‘em and you’re more likely to trip yourself up than the employer.

And yet. The problem with old tech is rarely that it didn’t work. It usually did. The problem was that the context changed around it. It came to be seen from a different standpoint and, from that standpoint, was found wanting.

So, what is that new standpoint? Are employers using questionnaires at risk of looking like the mobile phone yuppie?

Even if your business sells fountain pens, you had better be using email

Recruitment is a two-way courtship and if there’s one thing employers need, it’s to be taken seriously. Which means they need to be using today’s tech – you can’t simply automate something, stick an ‘e-label’ on it and say that it’s now fit for purpose.

Not faddish, obviously – the last thing you want is to look like a 40-year old teenager – but aware. This means they can’t afford not to adopt technologies that have arrived in the mainstream. Even if your business sells fountain pens, you had better be using email.

Taken together, this means that the creeping flood of interactive, participative, multidimensional tools into life and into business is creating the conditions for change. If you buy a car you expect to be able to configure it on the company’s website.

Spin it around, change the colour and trim – in effect, play. View a house, you expect to be able to walk through the rooms online. Explore, view, imagine. In effect, play.

Now apply for a job. Sit down and fill in a questionnaire. It’s different, right...?

When in your everyday life did you last do something that resembled this? Survey Monkey, probably. Which does the job but feels a bit, well, village hall. The fact is that the expectations of digital natives – Gen Y and millennials - have been formed by much richer experiences elsewhere.

Expectations have risen and how are you going to get them back onto the plonk if they have got used to Champagne?

When the conditions for change pile up in business, change happens.

Games offer new data. They’re multi-dimensional, they offer interaction and good ones can be genuinely immersive.

Yet those factors alone might not sway everyone – some businesses may get along just fine on a simpler data set.

What numbers the days for questionnaires is the changing context. The world is simply moving beyond them. And in the courtship-cum-arms race that is recruitment, everyone needs to be on top of their game.

Because, unlike Hollywood, you can’t get away with acting.

Psychometric tests definitely need to move with the times. It would be a shame to see them go as they do massively help with ensuring that the right people go into the right roles. Here's why we support them - http://www.careerexperts.co.uk/job-searching/recruitment-psychometric-tests

If the test procedure can be modernised or "jazzed-up" it should be able to survive the new generations.

Agreed. Candidates are looking for a more immersive, rewarding and fun experience; and employers are looking for new metrics to gain new insights.
Games are a new technology analysing real behaviour to help both parties make more informed decisions.