The impact of organisational change on the brain

Why are some people resilient when facing change?

Our need for social connection 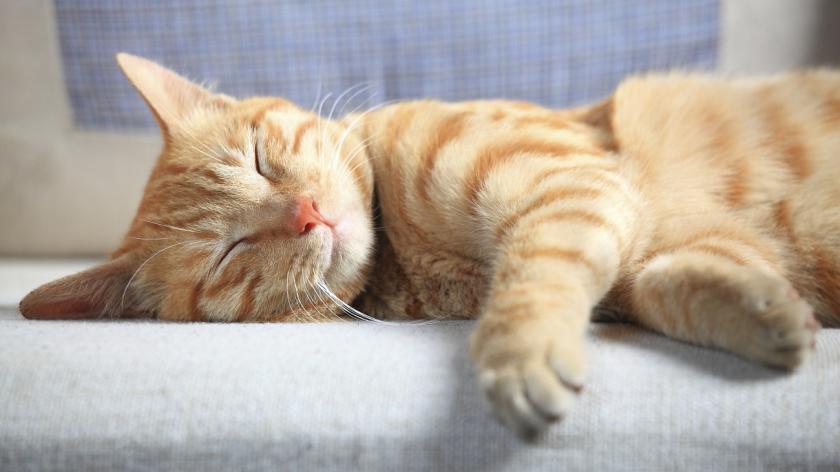 How to stay calm during organisational change

This is the last in a series of four articles on Better Organisational Change through Neuroscience by Hilary Scarlett, speaker, consultant and author of Neuroscience for Organizational Change – an evidence-based practical guide to managing change.

Wouldn’t we get through the world of work more easily if we were logical and unemotional? In his book, Descartes’ Error: Emotion, Reason and the Human Brain (2006), neuroscientist Antonio Damasio describes working with a patient who has damage to the part of the prefrontal cortex (PFC) which processes emotions.

Damasio describes asking the patient when he would like his next appointment. The patient spends tens of minutes weighing the pros and cons of two potential dates but cannot reach a decision. David Eagleman in his television series, The Brain, meets a woman who has similar damage.

She stands in front of a wide range of potatoes in her local supermarket but she too cannot choose which to buy. By guiding us as to what feels wrong and right, emotions play a crucial role in decision-making.

Another role of emotions is to help us remember: emotions are a way of helping the brain to make a note that if we have felt a strong emotion, then the event that caused the emotion must be important to us and we should remember.

There’s an important point here in terms of communication and learning: if we want employees to remember a point, we need to bring emotion into the experience to help the brain recall it.

By guiding us as to what feels wrong and right, emotions play a crucial role in decision-making.

Emotions can be helpful but sometimes they get in the way

Emotions help shape and change our behaviour. They help us navigate through the social world and guide us in how to respond to others.

So, sometimes they are very useful to us, but other times they get in the way. They are not so useful to us when they are the wrong type of emotion, appear at the wrong time or are of the wrong intensity. Feeling overly stressed, distracted, anxious or angry tends not to be helpful.

The threat response has its uses

Out on the savannah the threat response helped us to freeze, fight or run away when faced by a threat. In the modern world it is the response that helps us to leap out of the way if a car is hurtling at us at great speed.

The threat response kicks in, helps save us, but then it is meant to go away. The problem with the 21st century workplace is that our threat response is constantly being triggered - delays on the journey to work, not knowing whether we will have a desk to work at once we get there, too many conflicting deadlines, difficult colleagues and email inbox that just keeps filling up.

Matt Lieberman of UCLA found that when people named a negative emotion, it reduced that emotion.

The human body and brain are not designed to deal with these constant high levels of stress.

Why do we need to manage our emotions?

There are at least three good reasons

Developing the ability to choose your response

Learning how to dampen down unwanted emotions gives us choice over how to respond to situations and enables us to make calm and informed decisions. Good leaders need to be able to do this.

Viktor Frankl, concentration camp survivor and psychiatrist, said that between the stimulus and response, there is a gap. We need to learn to find that gap so that we don’t just react but choose how to respond.

So, what are some of the techniques that neuroscience has shown to work?

One of the simplest is labelling emotions.

Matt Lieberman of UCLA found that when people named a negative emotion, it reduced that emotion.

Often we have doubts as to whether we should let people talk about their emotions at work but Lieberman’s work shows that by saying ‘I am really angry about this’ reduces the anger.

Another useful technique is to choose to look at a situation slightly differently or from another’s perspective. An example of this is a client of mine who had been away on holiday for a week. When she returned to work she found that a colleague of whom she is not particularly fond had called a supplier and told them to stop work on my client’s project.

Suppressing emotions leads to higher blood pressure in the person who is doing the suppressing, but also in those around them.

My client was livid and was about to tell her colleague exactly what she thought of her. We talked and I asked her to pause for a moment: perhaps someone else had told her colleague to call the supplier, perhaps her colleague had been right and there was a flaw in the project? The point was that there was more than one way to interpret the situation.

Reappraisal reduces the emotion and reduces activity in the amygdala.

They put some distance between ourselves and the event and the emotion. It is a technique coaches sometimes use to enable their clients to look at a situation more objectively.

Mindfulness has come to the fore and gets a lot of coverage in the media. There are now a great many studies (albeit many on a small base) that suggest that mindfulness can improve our attention and control of stress.

Brain scans have shown that with time it can alter the structure of the brain and increase cortical thickness. There are lots of books and apps and classes to learn about mindfulness. One simple form is to focus on the breath, observe thoughts coming into your mind, but letting them go non-judgementally.

Developing the ability to observe the thought or feeling and choosing to let it go, improves our skill in seeing the gap between stimulus and response, just as Viktor Frankl recommended.

Now that you have reached the end of this article and the series, stop for one minute, close your eyes and focus on your breath, just for 60 seconds. Let thoughts and feeling come and let them go. How did that feel?