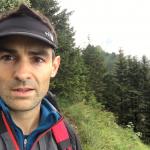 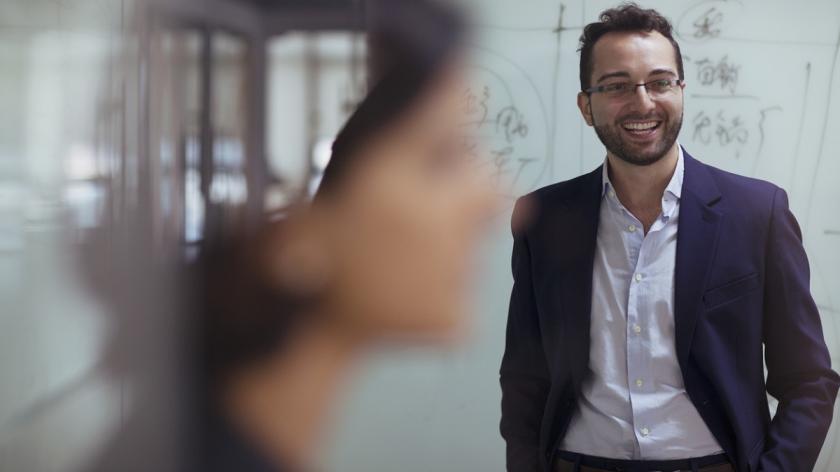 How to adopt the mindset of a great leader

Our experiences shape us and the kind of person we become. No less so than on the journey to becoming a leader. After all, despite what many think, leaders aren’t born, they are formed over many years.

There might be those we class as “natural leaders”, but in reality there is nothing natural about them. They will have developed their leadership skills over their lifetime, most likely from an early age.

Despite this, we tend to see leaders in a fixed light – in either black or white.

Someone is either good at it or they are not. We rarely envisage that a technical expert with poor ‘leadership’ skills will make a great leader.

However, we might accept that they are a good choice, because they are strong technically and the risk of losing their technical skills outweighs the negative impact it may have on their wider team/organisation.

We also accept that they will never be a great leader, so we never invest the time and effort in helping them achieve greatness. Instead, we tend to work around their perceived short-comings and make excuses for the things we believe cannot be changed.

You can teach your old self new tricks

I would posit that this school of thought is misguided. This fixed way of thinking is detrimental to both the leaders involved and the organisations they serve.

Many of the beliefs that hold us back from true greatness are often based on pure conjecture. Science has come a long way in the last twenty years.

We now know that brain plasticity doesn’t grind to a halt in our early twenties, nor are our ‘personalities’ a fixed set of unmalleable charactersistics. It turns out that you can teach an old dog new tricks.

If you believe that IQ is fixed, that someone is either born an introvert or an extrovert or that you are either a natural born leader or you aren’t, you may want to reassess the basis on which you came to those conclusions. All of those traits are based on sub-sets of behaviours which we have repeated so many times that they became automatic i.e. they come ‘naturally’ to us.

A recent study demonstrated that if you consciously adopt new behaviours, over time you can rewire your brain to replace previous automatic behaviours and thereby change ‘innate’ traits such as introversion or extraversion.

Much of why we do what we do and the way in which we react to situations in defined ways, is due to the associations our subconscious brain made as we grew up, in conjunction with our biological survival instinct and our primal need for safety, security and recognition within the social structure we find ourselves in.

Associations such as: If I act a certain way, it will result in this e.g. If I shout, people will pay attention and do what I say. Sure it may get a result, but does it achieve the best result?

Our egos can often get in the way of us achieving the best outcomes and that is a hang up from our primitive ‘limbic’ brain. Our limbic (or emotional) brain is loss averse, which can prove a real hindrance to leaders whose job it is to empower others. Relinquishing control so that others can thrive is counterintuitive to our limbic brain, but it is essential to great leadership.

So how can leaders overcome these emotional barriers that may be hindering their own growth and the growth of their team and the wider organisation?

The first step to becoming a great leader is self-awareness. Being self-aware of the behaviours and beliefs you hold that may be limiting your potential to grow into a great leader, is fundamental to being able to effect lasting positive change in yourself and others.

The second is the realisation that we can in fact change. Once we realise change is possible, a great emotional weight is lifted from our fragile egos.

If you have read Professor Carol Dweck’s thought provoking book Mindset you will be familiar with the concept of fixed vs growth mindsets. Those who believe that our traits are fixed are at greater risk of holding onto power to protect their own fragile egos, even if it isn’t in their best long-term interests or the best interests of the wider organisation.

By adopting a growth mindset we embrace the idea that with the right effort and determination almost anything is possible and that our “survival” doesn’t have to be at the expense of everyone else’s.

This realisation enables great leaders to not only grow themselves, but to support the growth of those around them.

Rather than asserting “I am no good at” or “they are no good at”, you should remember to add one simple yet powerful word to that assertion, the word “yet”.

Another aspect of adopting the right mindset is around being able to genuinely listen to others. The role of a leader can be isolating. The problem with isolating yourself as a leader is that you are left alone with your own thoughts and those thoughts can be far removed from reality.

Our subconscious is a little like a magician, in that it can take the information we receive and transform it to meet our expectations. Our ‘conscious’ reality can therefore be vastly different from ‘actual’ reality.

One of my favourite scientific experiments on the topic of the power of our subconscious, of which there are many, is a milkshake experiment, in which participants’ ghrelin levels were measured.

Ghrelin, also known as the hunger hormone, signals when we should eat food i.e. whether we are hungry. Participants were asked to drink a different milkshake on two separate occasions. The researchers were keen to see how ghrelin levels would fluctuate when the participants consumed two distinctly different milkshakes.

The first was a ‘Sensi-Shake’, which contained 140 Kcals, 0g of fat and 20g of sugar. A couple of weeks later, under similar conditions, the participants were asked to consume the ‘Indulgence Shake’ (620 Kcals; 30g Fat; 56g Sugar). Both times the participants were hooked up to an IV and their ghrelin levels measured.

As expected the ghrelin levels dropped three times more when participants consumed the Indulgence Shake (they felt less hungry) than when they consumed the Sensi-Shake. Only, the milkshakes were identical (380 Kcals; 13g Fat; 44g Sugar). The researchers had merely created misleading labels with incorrect nutritional information.

However, their subconscious brain took the information as read and altered their ghrelin levels to correspond with what they expected rather than the actual content of the milkshakes.

Similar experiments have highlighted how our subconscious can alter what we consciously see, hear, smell, taste and feel to meet our original expectations. Our subconscious essentially bases what it expects to happen on our prior experiences.

Only, if those prior experiences are incorrect or the experience is subtly different (such as with the milkshake experiment), we consciously receive the wrong information.

Science has shown that we generally adopt a very narrow view and assume the information we observe is all there is to see – much like a magician diverts our attention, so does our subconscious.

However, as a leader, it is imperative to reframe your reference point.

Look beyond your initial ‘gut’ instinct, as it is likely to have been manipulated by your subconscious. Take a step back, listen to others with an open mind and be prepared to be wrong.

In the same vein, you should also be prepared for others to be wrong. Always try to approach the situation with compassion. I often tell people we only ever see half the picture (at most) and that our emotions distort our half!

By listening to others, you can better understand the reality that they are experiencing and whether it corresponds with (or where it might differ from) your own ‘reality’.

From there, you can plot the best course of action, based on a greater awareness of all the facts. Great leaders aren’t afraid to listen, even if they don’t always like what they hear.