Jamie Lawrence
Editor HRZone
Brought to you by 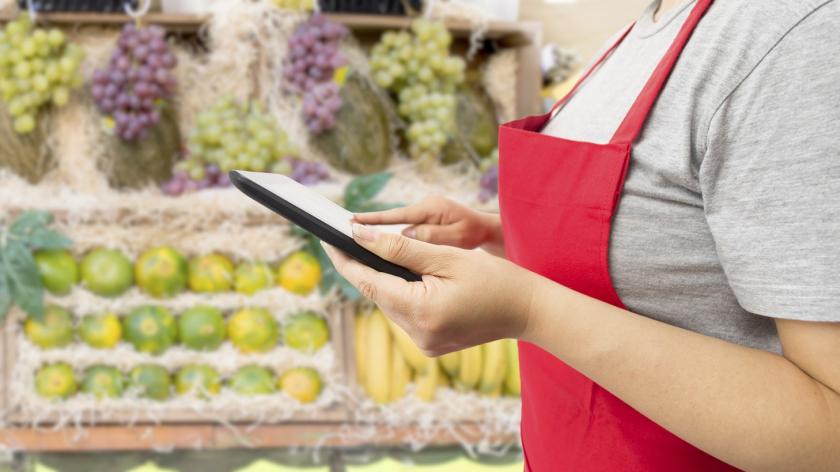 Hello, Future: is there a place for retail workers?

Jamie Lawrence
Editor HRZone
Brought to you by

We caught up with Doug Stephens, founder of Retail Prophet, on what role people will have in the retail market as automation hoovers up many of the manual tasks that retail workers have been doing for years. Will there be a place for humans in retail in the future?

When retailers recognise the primary intent and purpose of their stores is not solely product distribution and they start putting the emphasis on experiences, it requires a different person.

This is no longer someone whose primary role is to shunt products from one place to next, or look at a price, or count an item into inventory. All these activities may still exist but they aren’t of primary importance.

Also, there are a host of technologies now that automate these kinds of activities.

There’s a company in the US called Simbe Robotics that makes an inventory robot, that literally patrols the aisles counting thousands of different products into inventory by virtue of video analytics and big data analysis. It also recognises misplaced products. Reports are sent to management in real-time.

Lowe's stores in Southern California have robots that will meet shoppers at the door, serve them in English and Spanish, guide them to the exact location in the store where the item they want is (they recognise items by video analytics) and provide how-to information.

Amazon stores have been using Kiva Robots for product movement throughout their warehouses.

A company called Fluid AI got together with IBM Watson and they created an interface for North Face that customers can talk to, in natural language, for recommendations.

So you say you’re going to Chile for the summer and it’ll ask questions that help it deduce the most appropriate product weight, the type of activities you’ll be doing, and it will then come up with six recommendations.

This is no longer someone whose primary role is to shunt products from one place to next.

Now, this final type of automation raises a philosophical question for retailers: do I put that tool on the floor and allow customers to self-serve, or do I give the power of that tool to my sales associates as another weapon for their arsenal?

With the latter option, there’s an important human element. Say the AI recommends six jackets and the customers picks one and puts it on. The sales associate can then add additional value; maybe they’ve been to Chile before and actually felt a different jacket was more appropriate for a summer trip.

These types of roles will, I think, add tremendous value in the retail space in the future. But it requires a different kind of person.

We’re going to need people with different skills and we’ll have to pay them far beyond a living wage.

This person can’t eke out an existence at minimum wage. This person must essentially live out the lifestyle of their customers.

They have to be able to relate to that shopper and build a rapport with them and you can only truly do that, I believe, if you’re on the same economic plain as that person.

So we may need fewer people in retail in the future, but we’re going to need people with different skills and we’ll have to pay them far beyond a living wage.

And let’s face it, this is what retail used to be like. You walked into a camera store and the person you spoke to was making a good enough living working in that shop that they could afford to buy the products they were selling. So they’d probably tried or owned the products you were interested in.

But retailers have fallen so far behind in terms of wages that this is just not the case anymore.

What we’re talking about here is getting back to a place where the economic life of a retail worker is such that they can live on the same plain as their customers and be able to develop that rapport based on common experiences.

In my previous article I discussed the dual-pronged approach to retail that I think will prevail in the future. One of those prongs is the multi-category retailer with products from many different brands.

There will be a place for employees with high-levels of product knowledge in these multi-category retailers.

That will be a point of differentiation for the multi-category retailers rather than the brand stores: you can have multiple experiences with different products and speak to people who are conversant across brands.

There will be also be an evolution of what we consider to be product knowledge.

We’re coming from a place of memorisation: that’s what currently distinguishes sales associates.

However we’re now becoming so calibrated as consumers to expecting answers that are 100% correct because we can get an answer to anything in two taps on our smartphones.

A customer survey I looked at recently found that one in two shoppers nowadays thought they knew at least as much or more than the human sales associate they were dealing with.

Their job will be to give the brand a human face.

And these people will be brought or (or redeployed from existing positions) to creating amazing experiences for customers.

And that human experience, I think, is going to be the valuable commodity. The valuable retail worker of tomorrow will very much bring the human voice to retail, not the data analysis and robotic qualities that we’ve looked for in the past.

Ultimately, then, a lot of the repetitive tasks in retail will go away. And we’ll be looking for a totally different kind of individual to work in stores - dynamic, creative, expressive and outgoing.

How could this play out in, for example, fast food?

McDonald's in Europe have introduced self-serve kiosks where you do the entire ordering process at the kiosk. Some restaurants have robotic arms that can make a perfect hamburger in half the time. Where does that leave humans?

This is where companies must think past the binary, which is ‘we’ve got robots now - we don’t need people.’ They need to think, ‘well, we’ve got robots - how can we redeploy our people to create even greater value?’

McDonald's might have a ⅕ of the people they used to have in the store now, but instead of making burgers they could create amazing experiences.

So there could be some human element to a McDonald's experience that they didn’t have before, or couldn’t afford before, because they had all those people making burgers and taking money at the tills.

So McDonald's might have a ⅕ of the people they used to have in the store now, but instead of making burgers they could create amazing experiences, such as face-painting for kids, or juggling, or teaching.

If we think creatively, there are all kinds of things that could add to the experience. And that’s what the retail worker of the future will do: create amazing experiences that align with the brand’s values.

Fascinating and deserving of much consideration no doubt Jamie. The vehicle manufacturing industry is also a very good example of how robotics takes over jobs.

However, having lived through particularly the administration sector of industry I still recall how the introduction of computers bought countless expert opinion that the demise of the office worker was nigh. What happened of course is partly what you have alluded to.......people learned new skills; and the typist moved to a different keyboard and learned how to work the various word programs and how to operate a printer.

So I take out of your article the implication that the number of retail workers will reduce to the level suggested and recommend instead Employers in particular remember two most important things...............first, keep yourself and your Staff up with change; and second, keep in touch with customers and see what they want.