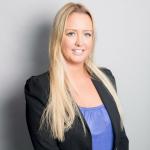 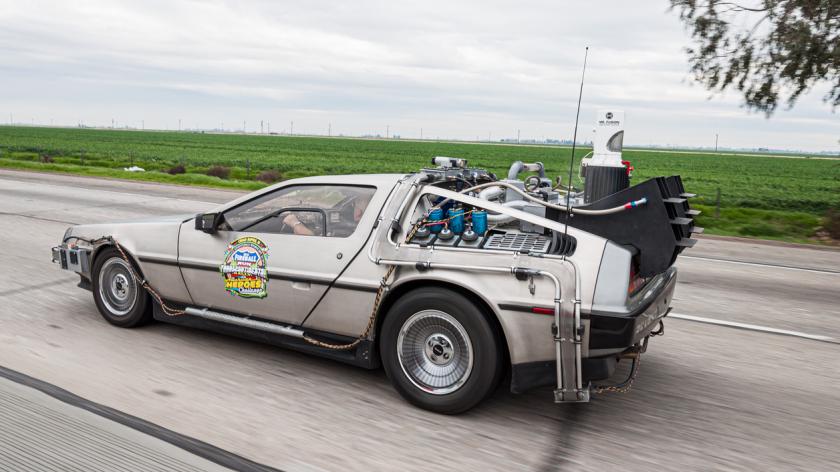 Great Scot! How HR has changed since the 80s

It's the start of a new decade, but before we leap forward, let's go back in time and look at how far the profession has come – and where that's leading to.

If, like me, you re-watched Back To The Future over the festive period, you may have been struck by just how dated it all looks and yet, somehow, still futuristic. While the 80s doesn’t seem like a long time ago, a lot has changed in the world and HR, in particular, has seen some huge leaps – both in practices and the place it has in a company. So, we thought it’d be worth a little trip in the DeLorean to see what’s changed over the past few decades and where HR is headed for the future...

The world of HR in the 80s was hugely different to the way it functions today. Part of the reason behind this change is down to the responsibility employers now have to their staff. Until recently, staff were expected to just get on with their job without the level of support that is the norm today. As times have changed,  however, HR has grown within the business and has become a safe space for people to raise their concerns and talk about issues affecting them and their work.

While we don’t have flying cars or hoverboards (yet), the internet has opened up a world of advantages to businesses and staff.

Also, let’s not forget that many businesses in the 1980s were oblivious to the issues affecting their workforce. Mental health and mindfulness were barely on the fringes of understanding, with most companies unaware of just how important these things were to the effectiveness of their team. As these areas have become more widely recognised, the role of HR has increased in the business.

Most importantly, HR has also stopped being a place where staff just go to complain about a manager or business practice. Instead, it has turned into a team for anything related to the employee experience. Sure, it still does the traditional jobs – on boarding, exits and employee concerns – but it now also manages a wide range of services that benefit staff in a range of ways.

For HR, it’s a whole different ball game now, with benefits and rewards to juggle as well. Back in the 80s, the most common benefit was a company pension and anything else was considered a bonus. Nowadays, benefits are a huge part of the employee package and something that staff can’t do without.

Gym memberships and cycle to work schemes have been a growing trend to ensure staff keep healthy and active even if they’re sitting in an office most days. Socials, as well as office snacks and drinks, have gone beyond the standard Christmas party and are now part of a regular experience that employees can enjoy all year round.

While we don’t have a time machine to see how the world will look in the next few decades, it’s pretty clear how important HR will still be.

Technology has also played an important part in making modern benefits something to shout about. While we don’t have flying cars or hoverboards (yet), the internet has opened up a world of advantages to businesses and staff. The ability to go online has given people the chance to work remotely and when they’re feeling most productive, and has eliminated the need to take long business trips for a simple catch up meeting.

It’s also allowed employers to create huge online portals that allow staff to select the rewards and benefits they really want, rather than having something chosen for them. So even though the future isn’t quite how Marty and Doc viewed it, it’s definitely far more advanced then we could’ve believed all those years ago.

Even with all the innovation that’s taken place, there’s still a lot more in store for HR over the coming years. The role of the HR team will continue to grow as employees’ needs change over time, but HR will also expand beyond the traditional team structure, and will no longer be a group of people that sit, isolated, in one part of the business.

The way that HR is managed will also be different for each business. All staff will likely hold some HR responsibility – even if it’s just recognising if a colleague is stressed. This will have a knock-on effect on the way companies run, as everyone will be more aware of the challenges that affect every member of staff, as well as the role that each individual has to play in maintaining employees’ wellbeing.

Benefits and rewards will also see continued innovation. We’re already seeing flexi-time and remote working becoming more common, and there’s a high chance that things like unlimited holiday and on-site doctors, dentists and drycleaners will also become part and parcel of the employee experience. The future for HR – and by extension, the wider business model – is looking exciting.

Most people would probably be surprised at how much has changed in the employee-business space over the past 30 years. While we don’t have a time machine to see how the world will look in the next few decades, it’s pretty clear how important HR will still be – whether it’s providing the backbone to the business as it’s been doing for decades or innovating new ways to keep staff engaged and motivated.