Gig economy: a guide for HR

Gig economy: what exactly is it?

The challenges of managing a freelance workforce 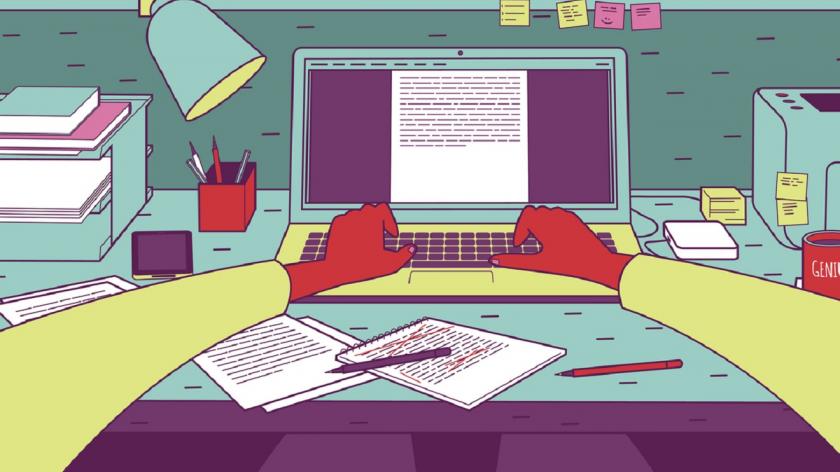 Gig economy: what exactly is it?

In this five-part series to understanding the gig economy, we'll look at a number of topics:

What is the gig economy?

An economy is where sellers and buyers come together to do business. Goods and services are provided in exchange for payment, and there is a balance of supply and demand.

The gig economy is exactly the same, the only difference is in the gig economy, it's skills and time being traded, with 'hirers' paying 'workers' to deliver very specific projects or outcomes.

The growth of the gig economy

The BBC reports London's gig economy has grown 72% since 2010; PWC believes 30% of the UK's workforce will be working in the gig economy by 2020; it's no longer an HR edge-case that can be ignored.

Growth fuelled by marketplaces and platforms

Technology is fuelling the growth of the gig economy. Platforms and freelance marketplaces allow you to find an available freelancer or gig worker for whatever you need quickly and easily. As demand increases, with more freelance projects being submitted, so too does supply in true economic fashion. In other words, the increased availability of projects makes freelancing and gig working a viable source of income for more and more people.

Creating a race to the bottom

Economics tells us an excess of supply drives down prices in a competitive market. This creates an issue in the gig economy as, unlike other markets, employment has legislation that governs how low a price can go - the national minimum/living wage.

In the gig economy, where workers compete for projects on price, there is the potential to push wages below the minimum wage. This 'race to the bottom' is further exacerbated where the gig economy crosses international borders. For example, it is very difficult for a freelancer living in a high-cost country like the UK to compete on price with a freelancer who performs the same services but lives in a country with a much lower cost of living.

The potential cost savings presented by the global gig economy can be attractive to HR teams as budgets go further. However, it is important to consider whether the project you resourcing suits a global audience. For example, the global gig economy may not be suited to projects where local market knowledge or qualifications/certifications are important.

The government's Business, Energy and Industrial Strategy Committee has an inquiry running to look at the future of work and workers’ rights, which aims to ensure businesses are not avoiding their responsibilities when employing staff. This inquiry is in response to a fall in tax revenues correlating with an increase in the number of self-employed people in the UK.

There are concerns that employees and employers and misusing self-employment to avoid paying tax and National Insurance contributions.

The gig worker is a radical departure from the traditional employee. Whereas there is a defined, structured process for hiring a permanent member of staff, online marketplaces enable any business unit to engage a freelance worker directly - with HR potentially being disconnected from the process.

Bypassing HR creates the potential for the freelancer to slip through onboarding and compliance processes - presenting risks to security, IR35, intellectual property and cost control.

This lack of visibility is a key concern for HR teams, who may find they can't report accurately on the use of freelancers in their organisation because so many are bypassing HR processes and being hired directly by line managers and sometimes even junior employees.

The gig economy's size and variety is creating wide-spread confusion. Contractors' rights and employees on zero hours contracts are mistakenly being identified as relating to the gig economy as the media and businesses in the UK come to terms with this new concept.

The first step to understand the gig economy, and the freelance workers therein, is to remove some of these misconceptions.

All gig workers are not created equal

The gig economy is not one by amorphous mass of people. For example, a contracted bicycle courier is not the same as a freelance Java developer being paid to deliver against a statement of work.

Gig workers are typically self-employed and offer their skills under a contract for services to multiple clients. A gig worker will not be employed by their hirer and will not have employee status or an employment contract.

Most gig workers are so by choice

The growing demand and competitive day rates mean there will be competition for genuine gig workers/freelancers in many disciplines, and especially those with IT, engineering and creative skills.

As an HR professional it is important to understand the type of worker your organisation engages so you may develop an attractive value proposition that addresses, not only permanent positions, but freelancers too.

Gig working is driven by social change empowered by technology

Technology is empowering social change. Our on-demand culture is changing how people want to earn a living. The freedom of being able to choose how, where and for whom you work is a huge benefit for the gig worker.

Understanding this trend helps the HR professional recruit, manage and develop a gig worker. For example, by introducing flexible working policies and investing in technology that supports remote working.

Employees with zero hours contracts are not gig workers

The difference between an employee with a zero hours contract and an independent, self-employed, freelancer is clear for an experienced HR professional, however, there remains confusion in the market.

Freelancers and gig workers are typically self-employed, working to a contract and do not have 'employee' status or any of the relevant employment benefits, such as holiday or sickness pay.

An employee with a zero hours contract, is simply an employee whose contract does not guarantee regular or set hours. They are still entitled to the benefits and protection afforded to them as an employee.

Knowing the difference between an employee and a freelancer is obviously very important as there are implications around IR35, which determines how much tax and National Insurance the business and worker should pay.

HR teams play a crucial role in creating awareness and helping the wider business understand the differences between freelancers and employees.

Including freelancers and gig workers in an integrated talent strategy

With the understanding of how the gig economy works and who its workers are, it is possible to create an integrated talent strategy so freelancers are no longer an unknown, 'messy' add-on, but are a considered, managed option for acquiring skills and getting things done.

Learn more about integrating freelancers and gig workers in an integrated talent strategy in part two of this series on understanding the gig economy.