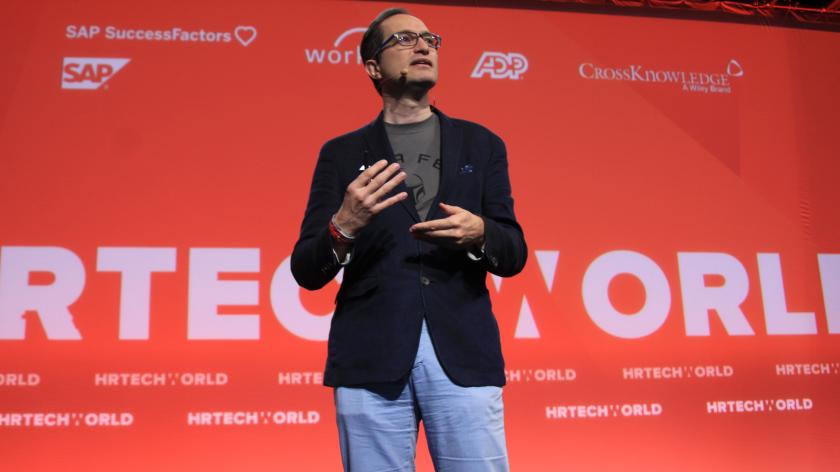 Get ready for the 'Day After Tomorrow'!

Peter Hinssen is Chairman & Co-Founder at Nexxworks, a company that helps businesses to look further ahead to their ‘Day After Tomorrow’. In this interview, he argues that organisations need to overcome their fear of radical ideas and risk in order to successfully transition to future thinking. Peter will be presenting a talk, ‘Get ready for the day after tomorrow!’, at HR Tech World Amsterdam on 24 October 2017. Find out more here.

Jamie Lawrence, Editor, HRZone: Is evolution a suitable survival strategy for today's companies? Or do we require revolution?

Peter Hinssen, Chairman & Co-Founder at Nexxworks: You need both. It would be impractical to preach business model revolution all the time. Without good old plain ‘evolution’ and incremental innovation, there’s simply no revenue.

The most perfect balance would be to focus 70% of your budget, human capital and efforts on today, 20% on tomorrow and 10% on the radical ‘Day After Tomorrow’ innovation.

Jamie Lawrence, Editor, HRZone: What organisations do you think are fit for the 'Day After Tomorrow?'

Peter Hinssen, Chairman & Co-Founder at Nexxworks: Those that are fast and nimble enough to see and respond to market changes and, even better, to create those market changes. Those that keep looking on the outside, instead of obsessing over their own industry and direct competitors. Those that understand human (buying) behaviour like no others and just follow where the customers are. Those that hire the right people and empower them to make their own decision. Those with a management that dares to take small but calculated risks and trusts their people to experiment. Those that understand that P&L stands for passion and leadership.

Jamie Lawrence, Editor, HRZone: What can we do to help young people better understand the role of network building from an early age?

Peter Hinssen, Chairman & Co-Founder at Nexxworks: It’s not the young ones that need help with this. They grew up through the power of the networks. They understand that sharing makes something bigger instead of smaller. They don’t fear transparency. They know how to collaborate and to reach out to others.

Personally, I think it’s the ‘old’ ones that often don’t really get it. Network building is not just about ‘old boys’ clubs, it’s about reaching out as much and as far as you can, and out of your comfort zone. And young people tend to be great at that.

Jamie Lawrence, Editor, HRZone: A lot of organisations think they 'get' how to move into tomorrow. But what is the most common mistake they make as they try to transition?

Peter Hinssen, Chairman & Co-Founder at Nexxworks: Fear of radical ideas and risk, and addiction to their margins.

A lot of companies have incredible R&D or innovation departments with revolutionary ideas, or they buy incredible start-ups. And the potential is usually there. But then the board and management often smother the ideas or start-ups with their rules, slow processes and fear of experiment.

Jamie Lawrence, Editor, HRZone: You've been going to HR Tech World for a few years now. What are you most excited about this time around?

Peter Hinssen, Chairman & Co-Founder at Nexxworks: I’m excited about meeting the wonderful audience that visits HR Tech World – a unique combination of HR professionals and technologists. I’m also curious to find out where their progress and their evolution in their ‘Day After Tomorrow’ thinking has led them!