Future of HR: Humans in the workplace

Future of HR: The impact of technology on thinking 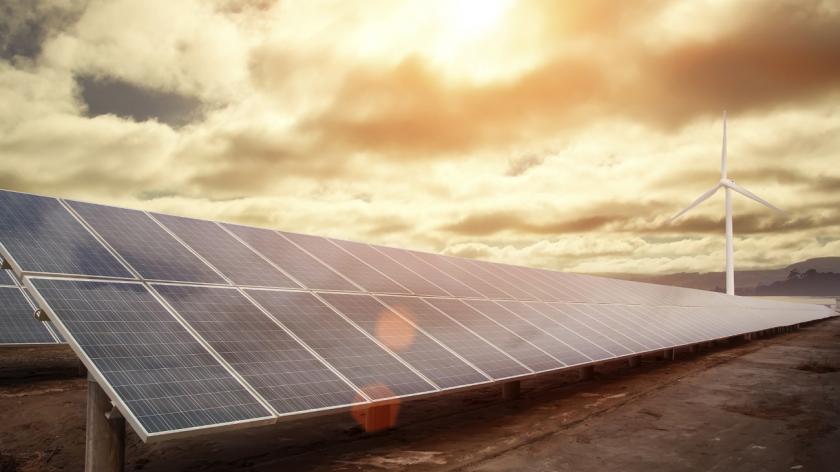 Future of HR: Engagement is over – manage energy

In this series I take a look at the future of HR, not through predicting the next structure HR will adopt or giving you demographic trends but through applying a greater understanding of how our brain works and what that application may mean for how HR help organisations achieve greater performance through their people.

As managing our brain leads to greater productivity and deeper understanding I’m encouraging you to read mindfully. The questions below, plus any you may feel are relevant will help you to read the article whilst considering what the ideas mean to you. Doing this creates greater insight.

Are you sick of hearing about the lack of employee engagement?

Have you tried everything and your survey scores are still dismal? Maybe we in HR have been focused on the wrong thing. Recently we have been struck by the importance of organisations creating an environment that maximises the energy of employees. We began to notice more and more the difference between leaders, cultures and business practices that inspire energy in people and those that drain it.

In the last of our series on the Future of HR we look at how HR can manage energy and the benefits for the organisation.

Why have we never focused on energy?

Most of the history of management theory and practice has been about adopting a technical, analytical approach in which the role of the so-called soft factors like emotions and feelings has largely been ignored.

Similarly, whilst energy is frequently talked about, it has received little attention in the curriculum of skills conventionally prescribed in organisations. That trend, however, is now being reversed, with both academics, HR and managers recognising that soft skills have an important impact and that emotions impact behaviour in business.

It seems to me that understanding what inspires energy and what drains it is possibly the most important and least talked about role of HR.

It seems to me that understanding what inspires energy and what drains it is possibly the most important and least talked about role of HR since, we’d argue, the point of HR is to ensure that a company’s purpose and strategy capture people’s imagination, emotion and excitement, engages their cognitive capacities and inspires them to take action.

In essence, it’s all about generating an environment with a sense of genuine purpose and connection, an environment that unleashes and focuses energy that will in turn make for maximum productivity, effort and wellbeing.

The research suggests that we should first generate organisational energy and then focus it.

It sounds straightforward but, as one might expect, the reality is a little more complicated. Part of this means having role models, leader or HR professionals who manage and direct their own personal energy. People with a lot of energy are more productive, creative and have a naturally positive influence on others.

High energy levels within an organisation as a whole closely resemble the state of Flow in an individual, where everything seems to happen more easily. Employees stimulate each other under these circumstances by continuously giving that extra bit of effort, and productivity comes on in leaps and bounds.

From the understanding derived from science energy seems to derive from two key elements. The clarity and buy-in to purpose and social connection across the group. Positive energy is generated by increased social connection both for individuals and across an organisation, and this is backed up by recent studies.

Yet only a few such studies have directly measured energy and its effects [also see here]. These few pieces of research, however, have found that organisational energy is indeed measurable.

So what is organisational energy?

Organisational energy can be defined as the extent to which an organisation (or division or team) has mobilised its emotional, cognitive and behavioural potential to pursue its goals. Energy involves the amount of interactions between people, as well as their quality.

It‘s also contagious and malleable: it can be changed based on the context of the organisation, the way practice and process is managed and the style and role of the leader.

Three kinds of energy are often discussed in the research:

Whilst we believe mental energy is important to high performance in organisations and that HR have a role in designing and encouraging work practices which maximise mental capacity, there is a way to go to make the most of our mental energy.

Equally with physical energy, HR have delegated their role to wellbeing, much of it dealing with issues rather than being preventative. So whilst there is plenty to do in these areas maybe for the future the most important focus is emotional energy

Emotional energy: why is it important?

Emotional energy is generated by our sense of purpose, our values and our motivation to achieve our goals. Emotions effectively come in two varieties – positive and negative - and produce different types of energy as a consequence.

Positive emotions like social connection, joy and hope create biochemical rewards in the brain that energise us to take action towards a goal. It’s related to the activation of a person’s dopamine system which kicks in when they pursue and achieve their goals.

When those goals are shared by people throughout an organisation, this builds the energy of the organisation as a whole as well. This positive energy is associated with being open to new ideas, learning and creativity.

Negative emotions, on the other hand, like anger, fear, shame and disgust are related to the way our brains respond to threat. This response diverts energy and drains motivation in favour of simply ensuring our survival and over time this will inevitably have an impact on our creativity and resilience.

There’s a more comprehensive look at the impact of threat in our forthcoming book Brain-savvy Business but for the purposes of this series, suffice to say that this negative energy is linked to a narrowing of perspective, being protective of the status quo and suspicion of others - especially those outside the in-group.

When HR and leaders realise they need to change the energy status of their organisation to achieve goals, we typically see one of two approaches used.

Many turn to negative energy generation. Indeed, management theory often encourages this with the emphasis on creating a ‘burning platform’ to motivate people. Negative emotions like anger, fear, hate and shame, effectively shock people into action by activating their survival instincts.

This focus on a threat will, it’s true, create energy and focus people’s attention. The issue with this strategy is that in this state people lack creativity; energy will burn out quickly and there’s a high risk of unintended side effects such as excessive stress and reduced wellbeing as well as reduced social connection because people are putting their energy into self-preservation at the expense of working together.

This strategy is particularly unsustainable in the long term and results in untold potential damage for future change projects. People show resistance to change and won’t buy into new ways of working.

Also, once the immediate threat is reduced people will tend to move towards apathy, further reducing growth and creativity. In these states - apathy and threat - leaders will require more discipline, time and personal energy expenditure to keep people focused because there won’t be the mental energy reserves available that people draw on when thinking for themselves.

Creating negative energy may work, but only for a limited time. Leaders must switch to create more positive energy release by setting a clear purpose.

The alternative strategy, one that is less often seen, is to harness the positive energy of a clear purpose. Companies like Zappos and the fear-free organisations mentioned in the series have adopted this approach. The strategy builds enthusiasm for an exciting vision and involves people in co-creating the future.

It taps into positive emotions and the connections between people, and gets them concentrating on the purpose. In this context, purpose relates specifically to why the strategy is important rather than what is to be done or how it is to be done. This understanding activates the brain regions responsible for thinking about ourselves and others, so has a natural link to maximising personal and team efforts when the purpose is co-created.

Energy has a substantial and predictable effect on performance and innovation in organisations.

So how do your HR practices and policies encourage the creation and application of energy? And are you using negative emotions or positive ones to get and keep people energised?