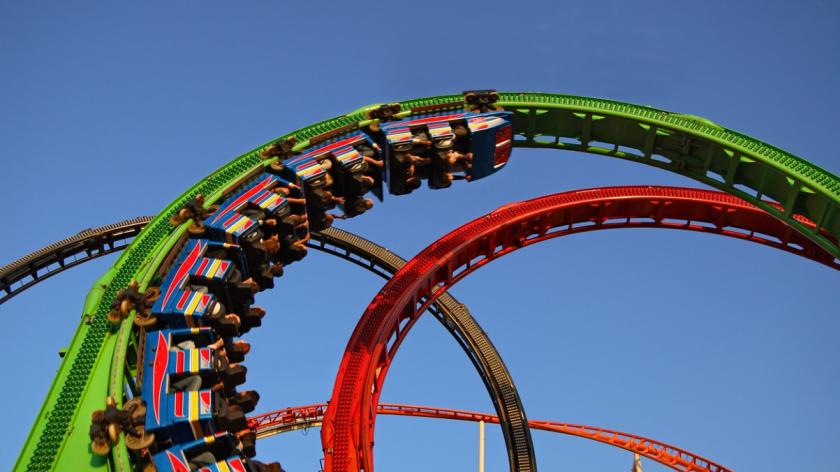 HRZone has a range of books available for review. If you would like to receive one of our business books, free of charge, please contact the editor on editor at hrzone dot com and we can send you a list of what's available. In return, we ask for a 400-700 word review of the book, its content and whether it's appropriate for a senior HR director audience and for business professionals looking to become more effective in their roles.

Kets de Vries comes with an enviable résumé: as Distinguished Professor of Leadership Development and Organisational Change at INSEAD he combines the application of clinical psychology with the challenges of individual and organisational change. He also edits and writes books, and I have in fact reviewed a couple of his previous works (“The Coaching Kaleidoscope” and “Coach and Couch”). I was therefore hoping once again to be absorbed and enriched with this latest offering, which has an artistic and symbolic front cover that evokes the board game ‘Snakes and Ladders’.

The book is written as a series of thirty parables, often initiated by a short anecdote that illustrates a leadership foible. Each is analysed and a psychological explanation provided before a short list of self-help questions challenges the reader to look at their own personal circumstances as a leader or follower. The various leadership weaknesses contained in the thirty short chapters are certainly recognisable for anyone who works in organisations – which means, most people. And, because these are somewhat familiar, the extreme behaviours described by Kets de Vries are both powerful and personal: it would be easy for the reader to see something of themselves – or at least of someone they’ve worked with – in at least some of the scenarios described.

The author starts with an impactful story entitled ‘I hate my boss’, which captures the effect of an unfeeling, pacesetting boss and provides some self-help questions for those living a daily hell at work at the hands of someone verging on sociopathic. This develops in the second pastiche, in which sociopathy combines with narcissism to create an organisational ogre.  Envy is the focus in chapter 3, and the feeling builds that the author is re-writing the seven deadly sins: since these and his subject-matter deal with our fundamental human frailties, it is unsurprising that one senses a slightly moralistic tone developing.

The pattern of each chapter follows a similar shape: Kets de Vries presents the behaviour-problem, often with an anecdote followed by a more in-depth description. Some discussion follows in which the author shapes the presenting psychological state and its impacts, and offers some explanation for it. The short-form chapter normally concludes with some outcome-comments before leading into the challenging self-help questions.

One theme is constant: that of normalcy. Kets de Vries describes the state of normalcy as one where “we naturally seek cognitive and emotional alignment between the external world and our internal world” (p38), and this is a succinct way to capture the challenges that arise when those around us - and particularly those in a leadership role – operate outside of expected behavioural norms. After all, what really counts for people in an organisational setting are “respect, recognition, and a sense of accomplishment, belonging and purpose” (p78).

Much of what Kets de Vries deals with in this book is about ‘cognitive distortions’ – thoughts and behaviours that fall outside the expected norms – and most readers will have experienced the pain and distress caused when leaders operate on a ‘do as I say, not as I do’ basis. Added to this, the unconscious bias that drives dissonant behaviour and the behaviours of leaders under pressure create a sometimes-toxic environment in which a majority of organisational members may well actively disengage or – worse – suffer their own mental strains.

This is a thought-provoking book about the nature of leaders and the challenges they face as human beings. Indeed, “leadership often means living on the edge, living a life less ordinary; leaving the straight and narrow to take a more exciting path” (Kets de Vries, in the Foreword). In this context, it serves to remind us all that leadership is something not to be taken lightly: it is a serious and challenging responsibility, as well as something that can be highly rewarding for all parties. The metaphor of the rollercoaster is apposite, as is the reference to snakes and ladders: climbing the steep ladder of success can be easily undone in the deployment of inappropriate behaviours and unthinking actions.

This is, though, more than a book about leadership and its personal pitfalls: it is also about coaching and the power of self-awareness that arises from being coached. Even more: it is a self-help book (although for many with the characteristics described I suspect they would struggle with the honesty and insight to recognise their own foibles). For experienced coaches, therefore, this is a valuable aid to sharpening their skills and improving their perception into the human condition. I strongly recommend this for those with an interest into what makes people tick and a fascination with the psychological drivers behind behaviour.