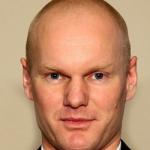 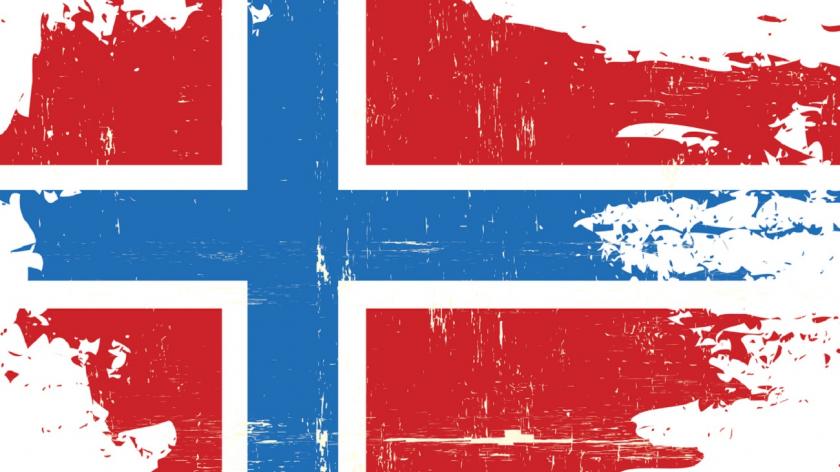 A snowball started rolling: lessons from Norway about gender quotas on boards

What are the main lessons that we can learn from the Norwegian women quota for corporate boards? The quota was introduced in 2002. In most countries in Europe the number of women on boards today are several times higher than it was in 2002. This is illustrated by the EU statistics displayed in the graph below. 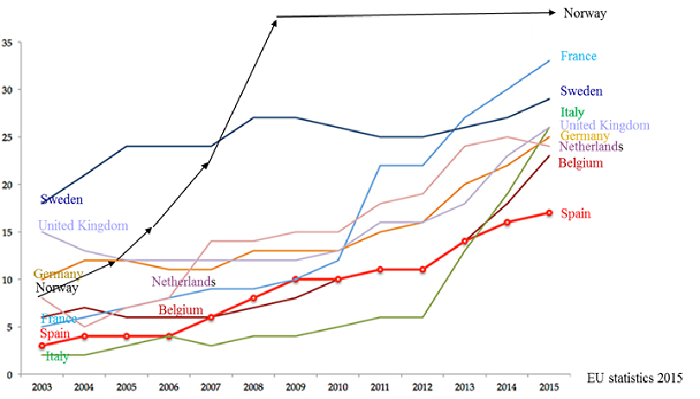 How much are these changes a result of the Norwegian gender quota on corporate boards?

What would have happened if Norwegian authorities had not implemented the gender regulations on corporate boards? Was the Norwegian quota a radical innovation that triggered major changes internationally about women representation in power positions? Or would there have been a similar development also without it?

EY and other consultancies argue that it will take almost one hundred years to get women in top positions unless drastic changes are being made.

One of the lessons from Norway was that voluntary actions did not bring much progress.

Despite strong pressures in the 1990s to get more women on boards, nothing happened. This is illustrated in the figure below. Nothing really happened until the quota was proposed. 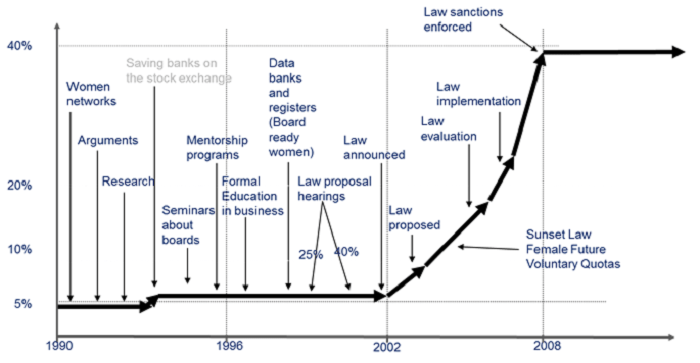 It is difficult to compare women on boards across countries.

One main issue with many cross country comparisons is that the characteristics of the companies across countries may vary substantially.

The Norwegian quota was introduced for about 600 public limited companies. It is also important to understand the various pressure effects in different types of quota regimes, e.g. with respect to sanctioning.

Another issue is the understanding of the corporate governance system. Norway has a system with only non-executive board members. Board members are thus not recruited along the corporate pipeline. The women becoming board members in Norway are recruited from other sources and the background of the new women on boards was very fragmented.

One of the lessons from Norway was that voluntary actions did not bring much progress.

This may be due to the Norwegian culture and leadership traditions. The women being recruited did not represent any particular elite, but that they typically had hard working parents, and that they had formal higher education compared to the men being board members in Norway.

About two thousand women got board experiences in public limited companies during the first few years after the implementation of the quota law. Almost all of them were Norwegian.

The concept of 'golden skirts'

One of the lessons from Norway was that those already having board positions were the first to be invited for additional board positions, and just after the implementation of the law a small group of “golden skirts” was identified.

“Golden skirts” were defined as a group of women making a living of being board members in the companies that were subject to the quota legislation.

The quota achieved what voluntary actions were unable to.

However, this was not a homogeneous group of women. They had different ages, different networks and identities, different background, different motivations and different contribution to board task involvement and value creation.

Five years later this group of “golden skirts” hardly existed. It was also observed that the women being recruited to boards were filling the required seats for board members having “double independence” and not those of owners.

This had the consequence that it was required for many women to have formal qualifications in accounting and law.

The business case effects were among the core arguments for getting more women on boards.

It is per today not possible to argue whether the quota has resulted in improved business performance.

It was expected that the quota should have various spill-over effects on for example women in top executive based on “habitus” or similarity-attracts arguments, visibility, etc.

Only minor developments were observed immediately. Some voices have argued that the quota has been a failure as the gender balance in executive positions has not been achieved. However, the time lag has not been considered in making such arguments.

It is per today not possible to argue whether the quota has resulted in improved business performance.

There are differences in status and power among board members, and typically those with long board experience are expected to have more power than newcomers. Another effect is that the number of Norwegian public limited companies has been reduced from about 600 to about 200 after the implementation of the quota law.

The Norwegian quota regulation has had many implications.

Among the lessons from Norway we can summarise:

This article was co-authored by Eskil Le Bruyn Goldeng and Professor Morten Huse.

Eskil Goldeng is a senior lecturer at The University College of South-East Norway and a PhD student at Witten/Herdecke University. Morten Huse is professor at BI Norwegian Business School (Department of Communication and Culture). A publication by Machold, Huse, Hansen and Brogi 2013, “Getting women on boards: A snowball starting in Norway” (E.Elgar), was important in writing this article.

The authors have themselves done research and written several articles about the topic, and several publications are in progress. See e.g. Huse 2014 “The Norwegian gender balance law: a benchmark?” in De Vos and Culliford, “Gender quotas in the boards of directors” (Intercentia) and Seierstad, Warner-Søderholm, Torchia and Huse (forthcoming)“Increasing the number of women on boards: The role of actors and processes” in the Journal of Business Ethics.

I think that diversity on boards is to be encouraged, providing it can be proven to result in improved board performance. In the absence of improved performance, one has to question the merit of the Norwegian approach. Diversity is too often focussed on ethnicity and gender, surely diversity of experience is of equal importance?