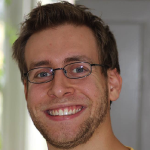 A reason to be optimistic about future jobs

"Are white collar jobs being displaced by AI?" 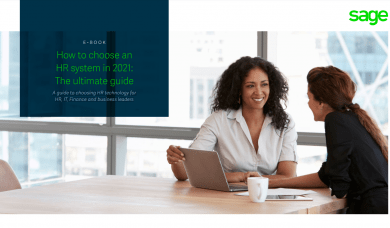 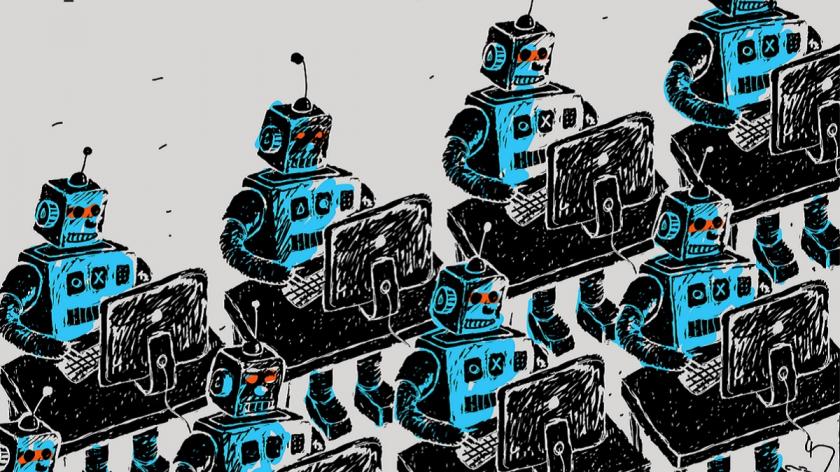 A reason to be optimistic about future jobs

Luke Dormehl is a tech writer and journalist, he recently had his latest book published, Thinking Machines: The Inside Story of Artificial Intelligence. In light of all the scary stories of how AI will disrupt the world of work and life as we know it, we asked Luke to put a few things into perspective and ease our worries...

The classic, sci-fi dystopia often begins with self-aware computers taking the world by force. Humanity perishes in a montage full of burning landmarks and gleaming robot re-enactions of the Nuremberg Rally.

Today, that view looks more and more like the Hollywood fantasy that it is. The real imminent threat of automation is what it’s going to do to employment.

According to a famous 2013 study carried out by the Oxford Martin School, a whopping 47 percent of jobs in the U.S. are susceptible to automation within the next two decades. In other words, close to half of all currently-existing jobs will no longer be carried out by fleshy, less-than-reliable, puny humans by the time Apple is getting ready to ship the iPhone 15.

The authors of the study predict that there will be two main “waves” of this hostile AI takeover from learned machines. “In the first wave, we find that most workers in transportation and logistics occupations, together with the bulk of office and administrative support workers, and labour in production occupations, are likely to be substituted by computer capital,” they write. In the second wave, every task involving finger dexterity, feedback, observation and working in confined spaces will fall prey to AI.

The future is now

This news won’t necessarily surprise anyone who has kept track of the pace of AI and computing over the last few years. In 2016, we have AI and high-level automation capable of writing journalistic stories, driving cars, carrying out research to discover new drugs, trading on the stock market, replacing lawyers in fields like contract writing and “discovery,” and far, far more.

Not only are these tools frequently cheaper than humans doing the same task, they are often faster and more reliable too. Fields like deep learning are adding to the challenge by carrying out tasks we have long believed computers wouldn’t be capable of, such as high-level machine translation or the rise of useful AI assistants like Android’s Google Now.

So are all of us (or at least half of us) going to be out of work within the next 20 years, suddenly finding ourselves with a whole lot more time to search the Internet, but without the funds to buy any of the things its targeted adverts are showing us? Fortunately, it’s not as simple as that - and people who believe that it is are wrong.

The first point to make is that new digital age jobs are being created. Historically technology has made this possible, by creating new employment opportunities to offset the ones which replaced by technological advances.

Over 1,500 new occupation roles have appeared as official job categories since 1990, including software engineers, SEO experts, “Snapchat influencers” (yes, that’s a real money-making job!) and database administrators. The same is true of the plethora of jobs now available in the video game industry: an industry which is predicted to be worth $82 billion globally next year.

As with the arrival of any new technology (think of the number of friends you had who owned iPhones in 2007, and now picture all of those who own them today), these new job types begin with a select few early adopters, before diffusing elsewhere as they become established.

Over 1,500 new occupation roles have appeared as official job categories since 1990

Other classes of new job will involve working alongside today’s AI systems as part of human-machine collaboration tasks sometimes referred to as AAI - or Artificial Artificial Intelligence. Twitter, for example, employs human contract workers, called judges, whose job it is to interpret the meaning of different search terms which trend on the service. Many of these jobs do not pay especially well, however, due to the large number of people globally who can carry them out. However, as AI gets better, the specialist demands of AAI Turk tasks (help a computer learn X or Y) will increase, and reimbursement will likely increase as a result.

However, it is unlikely that everyone will become a Twitter judge overnight; particularly if the remuneration for these tasks remains minimal in many cases.

This returns us to the question of the oft-cited 47 percent of jobs which are likely to vanish within the next two decades. If we are not safely tucked into our new positions as global “Snapchat influencers” by then, does this mean that industries will necessarily be slashed in half, with just a few ghostly human employees there to keep an eye on the machines? Not necessarily.

While jobs will vanish, the problem with the 47 percent figure is that it is a prediction based on the idea that jobs will stay stationary - and that the work we will be doing in 2036 will be exactly the same as the work we are doing in 2016. In reality, the relationship between human employment and technological revolution is not so simple.

In his essay “Why Are There Still So Many Jobs? The History and Future of Workplace Automation,” MIT’s professor of economics David Autor offers the example of the rise of ATMs and bank tellers employed in banks. Logically, one might assume that as the number of ATMs quadrupled from 100,000 to 400,000 between 1995 and 2010, bank tellers would see a decline in their numbers. In fact, U.S. bank teller employment actually rose by 50,000 during this same period. As Autor notes, since ATMs help reduce the cost of operating bank branches, they indirectly increase the demand for tellers by making the opening of bank branches more economically viable.

Since ATMs help reduce the cost of operating bank branches, they indirectly increase the demand for tellers.

These bank tellers are not carrying out exactly the same role as the ATMs, or else they would be made redundant by the arrival of the technology. Instead, as Autor writes, workers have instead become focused on what he calls 'relationship banking.' “Increasingly, banks [recognize] the value of tellers enabled by information technology, not primarily as checkout clerks, but as salespersons, forging relationships with customers and introducing them to additional bank services like credit cards, loans, and investment products,” Autor notes.

Lessons To Be Learned

Similar re-imaginings of work, based around jobs that machines are not so adept at will define the future of job categories, including many of the 47 percent of jobs likely to be automated in their present states. Currently the jobs machines are best at involve routine tasks which are easily codified.

In a 2007 paper, the Yale economist William Nordhaus estimated that the cost of performing routinized tasks by computer has dropped by between 1.7 trillion and 76 trillion since the start of the modern digital age. This is just as true if you are a lawyer as if you are a bank teller. The focus means handing over easily codified work to machines while increasing the focus on “bespoke” work for clients.

Currently the jobs machines are best at involve routine tasks which are easily codified.

In the book Tomorrow’s Lawyers, legal expert Richard Susskind writes that, “Commoditized legal work … is often distinguished from what I term ‘bespoke’ legal work … [By analogy] a bespoke suit is an outfit that has been customized, made to measure, and tailored for one individual alone.” Some standardized legal work, such as the writing of contracts, can be handled by AI; which is what the rise of companies like LegalZoom have demonstrated. Other legal work, such as formulating arguments and strategies, require humans--most likely working alongside AI systems, which can help tailor them to appeal to particular judges and other requirements.

Changes in other professions will require us to single out what humans’ “unique selling point” is, and to build on this. In many cases, the answer will be based around human traits like creativity or relationship-building that are not easily replicated by machines.

Reason to be optimistic

There is no doubting that employment trends are set to experience a big shakeup over the coming years. Industries will alter, compact, grow, and change in both scope and requirements. In some cases, it can be difficult to separate the effects of technological advancement from larger economic events, such as the lingering effects of ongoing financial crisis of 2007-2008. Globalization has also made the job market more competitive, while shifting work from the U.S. to places like China.

But amidst the doom-sayers, there is reason to be optimistic. In 2016, we enjoy a better standard of living - and work less hours to achieve it - than our predecessors. Technology has enabled this. It will also continue to offer new types of employment, and these jobs will reward individuals who are not only skilled at working with computers, but can also identify the jobs machines are not capable of.

The paradigms may be shifting, but there’s plenty to be excited about.

AAI roles - sometimes referred to as part of the “peer economy” - haven’t yet shown themselves to be capable of replacing large swathes of employment, but we are still early in this particular cycle. As researchers Erik Brynjolfsson and Andrew McAfee write in their comprehensive book The Second Machine Age: Work, Progress and Prosperity in a Time of Brilliant Technologies, at present “wild ideas [are] welcomed” for helping shape the next wave of human employment--as the goal of Artificial Intelligence creeps ever closer.

The paradigms may be shifting, but there’s plenty to be excited about. Just as long as you don’t rest on your laurels, and expect to retire doing the exact same work you’re doing now.

Read the rest of our Focus on: AI & Jobs content series

I'm a tech writer and journalist, with my most recent book being Thinking Machines: The Inside Story of Artificial Intelligence and Our Race To Build The Future. I've written for the Guardian, Wired, Digital Trends and others, and have directed documentaries for Channel 4.