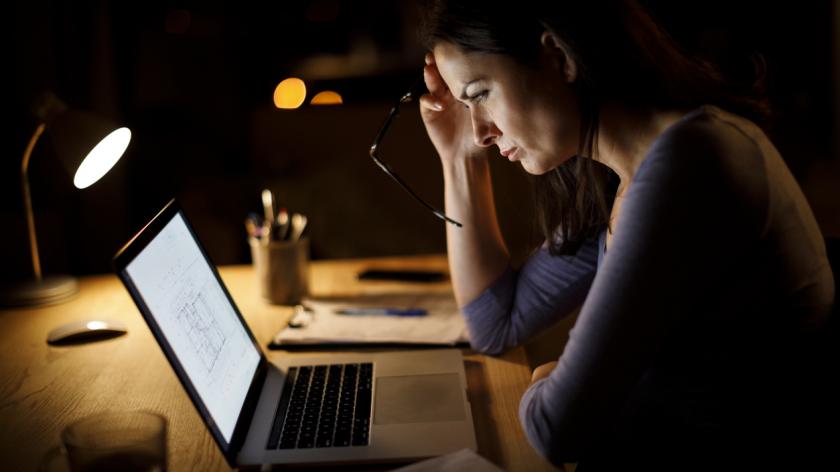 Will permanent remote and flexible working lead to a culture vacuum?

During the Covid-19 pandemic we’ve all learned how to work remotely and flexibly and many companies want to continue this in future. By rushing into this way of working without pausing for thought, however, will it allow company culture and the sense of belonging employees feel at work to die gradually?

One of my client companies is planning to move to flexible and remote working post Covid-19. No surprise there – except that there is disagreement at board level about the degree of flexibility to allow.

Since we don’t know what really works, we also have no idea what impact all this flexibility and remote working will have on the culture we’ve worked so hard to build.

Half of the board believes in giving employees complete freedom to work how they want to work. The other half believes in defining how much time should be spent in the office, but leaving teams to agree which days and for which reasons they should be together. These discussions are happening in boardrooms all over the world and there is no right answer.

Too soon to tell

We simply don’t know whether it’s better to help employees structure when and where they work or leave it to them. We don’t know whether productivity gains from remote working are sustainable and what the cost is to people’s wellbeing. We don’t know how new recruits will be impacted if they can’t see more established people going about their business, or how older employees will cope with technology transformations without younger employees to give them tips (I generalise of course).

I have a major fear, however, which the MD of this particular client company also expressed: what about culture?

We barely understand what creates company culture. Every business has a culture – the way the company feels, the norms that determine how people behave and what is deemed acceptable and unacceptable. This might not be the culture that the company proclaims in its annual report. A company might claim to have a culture of openness and risk tolerance, but the lived experience is that politics and risk aversion are the norm. Still it’s a culture, just not one you’d tell new hires about.

We launch initiatives that we hope will create a productive environment where people can do their best work and enjoy themselves doing it, and we hope that some things stick.

The ‘why’ of culture

We might know what kind of culture we want but why we want it isn’t always clear. Is it because a particular culture will help us retain our staff? Is it because we want people to enjoy work? Is it because a particular culture delivers greater productivity? Do we know for sure that the same culture that delivers a happy workplace also delivers creativity? What if a creative culture is great for ideas but doesn’t deliver bottom line results? Do we brush over the uncomfortable questions because it’s easier to join the groupthink that says a nice place to work also delivers business benefit against every success criteria?

You can hit me with all the evidence but don’t bother – I’m sold. I believe in prioritising culture. I think it matters that our people like working for us and I think it matters that we consider ways to enable people to do their best work. I just think that we don’t really know how to get that outcome. We are trying our best – but it’s not an exact science.

Since we don’t know what really works, we also have no idea what impact all this flexibility and remote working will have on the culture we’ve worked so hard to build, or the culture we are working so hard to get rid of.

One of the most important cultural qualities seems to be ‘belonging’. When people feel that they have joined a club that welcomes them as a member, they are more likely to give more of themselves to the job.

An office doesn’t guarantee a sense of belonging. It can be exclusive, bitchy, political and siloed. It’s easier, however, when people are physically together, to introduce initiatives that build relationships. Celebrations, the pub after work, the water-cooler and the canteen all provide places for people to connect at a human level. Then you’ve got guidelines for meetings and the company handbook to set the tone. In person, you overhear how leaders speak to their people, and you observe little kindnesses.

I realise these are the things people who argue against flexible and remote working say – I know how I sound. I personally love working from home and having complete freedom over my diary. I also believe that when we trust people and treat them as adults we are most likely to get trustworthy, adult employees. Without the office, however, how do we create a culture that provides a sense of belonging?

Without a sense that you are part of a specific organisation, you have less connection with that business. Who you work for matters less because whoever you work for, you’ll still be based primarily at home, still attending meetings on Zoom, still only coming to the office for certain meetings and then heading back home.

One of the reasons people go over and above for their company is that they don’t want to let their colleagues down. Without ‘belonging’ we become more detached from how our actions affect other people. We don’t see the impact so we don’t feel it as intensely.

Without a sense of belonging, it’s hard to know whether we are doing a good job. A CEO told me that he’d just spent the whole afternoon with one of his senior leaders, the first opportunity they’d had to see each other in weeks, reassuring the guy that he was doing well. The leader had been telling himself that he wasn’t working hard enough when the opposite was true. Without seeing his boss and getting regular feedback, he spiraled.

People won’t necessarily notice that things aren’t how they used to be until it’s too late. Generally, employees aren’t overtly tuned in to the culture. They don’t talk about it – they just live within it. So as we chip away at what created that culture and people start to feel less and less connected, they don’t know why. They just know it used to be better than it is now, and they start looking elsewhere.

What’s the office for?

For me, the office is best for creating belonging. It’s the informal exchange of ideas, the bonding, the feedback and recognition that is hardest to achieve at a physical distance. The office provides a place to work for those who simply can’t work at home (people in a flat-share, without the space for a home office, or with a partner also working at home who talks really loudly on conference calls and taps really loudly on their keyboard… all day).

Meetings are less important face to face. Plenty of work is best done in the privacy of your own home, on a walk or before you get dressed.

Before we launch into remote and flexible working ‘just because’ let’s spend some time thinking about culture and what the office is for. Let’s keep an open mind because, frankly, none of us really know what we’re doing.

Interested in this topic? Read The remote revolution: how working from home is changing company culture.