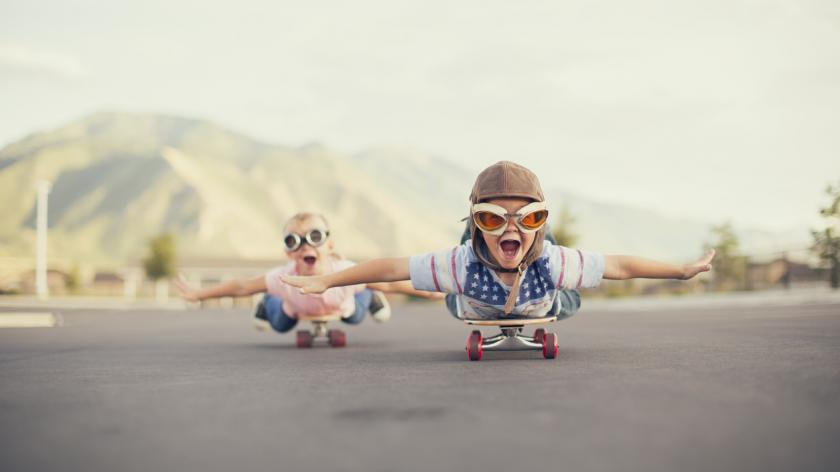 If leaders don't look after their own wellbeing first and foremost, they won't have the capacity to care for their people and organisation properly.

It might seem counter-intuitive, in a world where ‘servant-leadership’ is widely recognised as a concept, to write an article about why leaders need to look after themselves.

This article came about in part as a result of three recent client interactions. One was with a CEO of a tech company who said he was constantly exhausted. From the start of the working day to the very end, he was constantly faced with decisions that needed to be made – some major, some not so significant.

The constant pressure to make decisions was wearing: and it has been shown that decision-making drains our mental energy. The second incident was running a workshop with a group of leaders in a bank and several subsequent one-to-one conversations with some of them.  Many felt overwhelmed and could not find space to think.

The third came about in one of many workshops with senior public-sector workers who are trying to lead people through extreme uncertainty where there are no answers to be had in the short or medium term. As a result, work has at least doubled in size as they try to prepare for various different scenarios.

These were all conscientious people. They clearly cared about their work, their organisations and their people. They want to be good leaders but they are all frazzled.

Put on your oxygen mask first

While writing this article the image comes to me of that slightly unusual moment in aircraft safety videos that tell us, before you help anyone else, put on your own oxygen mask.

If leaders really want to help their teams, they need to make sure they are as well as they can be mentally, emotionally and physically.

It’s almost a moment of cognitive dissonance as you see the mother put on her mask before she helps her child put on theirs – surely parents are meant to, and want to, put their child first? But the message is obvious: you can’t help others if you are struggling.

What happens when we suppress our emotions?

There are many scientific studies that demonstrate that emotions are contagious: if a leader is feeling stressed, anxious or angry, they will be spreading that emotion to those who work closely with them.

Trying to suppress negative emotions is not a great tactic either. Suppressing our emotions has been shown to use up a huge amount of our mental energy, reducing our ability to remember things while other people will still pick up that something is wrong: we sweat out stress hormones through our skin.

Moreover, once we are feeling stressed, we tend to go into a negative cycle: it’s as if our over-wrought brains are looking at the world through a filter of threat and we start to see threats that don’t exist, and those that do exist as being bigger than they really are.

Suddenly not being copied in on that email or being asked to that meeting rankles much more than it should.

If leaders really want to help their teams, they need to make sure they are as well as they can be mentally, emotionally and physically. They need ‘unfrazzled’ brains.

How to de-stress the brain

So, what can they do? There is a long list of things we can all do, and in many ways it’s a case of personal preference as to what works best for each of us. But based on an understanding of our brains, here are five things we can try that will help.

Lack of thinking time, often racing from one meeting to another without a moment to reflect, is a common problem across organisations and not least for leaders. But, if we need to do our best thinking, we need to protect our time.

Not getting a good night’s sleep is the equivalent, cognitively, to being at work drunk.

So, blocking out a couple of hours in the diary once a week to get some good reflection time is important. Turn off devices, ask colleagues to leave you in peace and find a quiet place where there are no distractions.

Some people find walking a helpful aid to thinking (and there are theories as to why this might be). An additional benefit is that blocking out time in our diaries allows us to take back some control and a sense of control is important to the brain and helps it to perform better.

2. Take a deep breath (or preferably quite a few)

There is a strong connection between the mind and body – both send messages to each other about how we are doing. Even taking a few deep breaths sends messages to the brain that help to calm it down. Better still is to practise mindfulness, meditation or yoga.

There are thousands of research papers on mindfulness (but it has to be acknowledged that many are on a small base – some large studies are now underway) and the benefits it brings to our ability to think, stay calm and reduce aging in the brain.

3. Have a good laugh

Laughter is a great de-stressor to the brain and can actually boost IQ in the short term as demonstrated by research from Andrew Oswald.

So, if you are having a tough time at work, watch a favourite comedian for a few minutes. It might seem indulgent and not what you are meant to do at work, but it might reduce your stress and boost your brainpower.

Our awareness of the importance of sleep is increasing. For too many years, there has been a sort of bragging about how few hours some leaders can get by on.

Not getting a good night’s sleep is the equivalent, cognitively, to being at work drunk. If you didn’t get a good night’s sleep, taking a 20-minute nap during the early afternoon is beneficial. It is very difficult, if not near impossible, to do this in many organisations. But Google, for one, ‘gets it’ with its sleep pods and let’s hope others will follow.

For 15 minutes a day allow your brain to daydream or just wander. This ‘downtime’ is when we are more likely to have our creative thoughts, and ‘aha’ moments. It’s a quiet brain that has moments of insight, not a frazzled one.