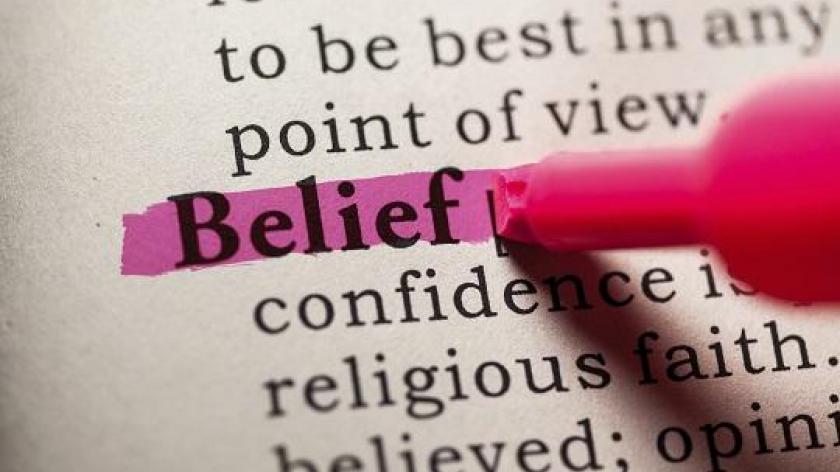 This article is based on the chapter ‘Religion in Organizations: Cognition and Behaviour’ by Gary R.Weaver and Jason M. Stansbury from Religion and Organization Theory: Research in the Sociology of Organizations. HR Zone has exclusive free access to this chapter throughout October. For more information and to read the book chapter click on the link. www.emeraldinsight.com/tk/HRZoneReligion

Religiously-influenced behaviour sometimes is easy to notice, whether it be in the work of some nearby religious charity or in the ostensibly religious nature of some far away conflict. Yet popular views of religion and its impact often tend toward positive or negative caricatures built on hasty generalizations, rather than careful analysis and evidence. And even though we regularly recognize impacts of religion in some areas of life, in other venues—such as human resources practices—we seldom give attention to it.

Given how much religion can impact some persons’ lives, HR practice fails to attend to a potentially important influence on workplace behaviour if it ignores its interaction with employee religious commitment. Religion can affect an organization, not only from the ‘top down’ (e.g., via the founder’s values), but also from the ‘bottom up’ through employees’ cognition, emotions, and behaviour. But how so? Below are five sample categories in which employees’ religious commitments can have organizational impacts.

Job engagement is an important factor for any organization; employee commitment and motivation normally are crucial to company success. Recent research into the impact of religion on work attitudes has found a positive relationship between strength of religious commitment and employees’ sense of work obligation (“work as a calling”), commitment to their work organizations, and job satisfaction. Importantly, this appears to hold across diverse religions traditions. Insofar as a religious tradition generally influences a particular society, there seems to be an impact on the work attitudes even of non-religious employees in that religiously-influenced society.

This impact might be particularly significant in the case of employees who are in the business of ‘dirty work’, such as in hospitals or janitorial services. Because of their religious commitments, such employees might be more likely to frame such work positively in terms of a religiously motivated calling to ‘do good for others’.  Religious belief also has been found to increase older workers’ sense that they matter, particularly in lower status job roles.

The relationship between a person’s religious commitment and ethics is complex, and subjected to a wide range of influences. Some empirical evidence indicates that employees with strong and sincere religious commitments show higher levels of “good citizen” workplace behaviour. Persons with a sense of the sacred in life also might be more attuned to and motivated by distinctive kinds of ethical concerns (e.g., to maintain a “clean” organization, which could mean as little as personally avoiding vulgar language or as much as actively resisting corrupt co-workers).  Meanwhile, some particular forms of religious commitment are associated higher levels of deference to authority. This can be good, up to a point, but become ethically problematic if the organizational authority figure is pressing for unethical behaviour by employees.

In the workplace, the extent to which an employee’s ethics are actively guided by religious commitment also will reflect organizational practices and cues that make the employee’s sense of religious identity more or less salient at any given time. So it is hard to generalize about how employee religion affects workplace ethics overall; any potential impact will be affected by the work organization’s and co-workers’ explicit and implicit stance toward employees’ religious commitments.

Religious commitments can affect multiple dimensions of a person’s life, and so it is not surprising that such commitments impact decision making, even about questions seemingly remote from religious matters. Some empirical research indicates that, at least in some countries and cultures, stronger (e.g., more active) religious commitment is related to greater risk aversion, with consequent influences on decision making in business contexts (e.g., fewer risky investment decisions or risky innovations, or perhaps more attention to safety rules). Importantly, this kind of influence appears to work not just directly, through explicitly religious employees, but indirectly, through the influence of religion on the overall culture of a region.

An individual’s religious affiliation can leads to the formation of social relationships with co-religionists inside and outside the workplace, which in turn can help reduce stress. More generally, religions sometimes can provide the kind of emotional resources that increase an employee’s sense of security and resilience. At the same time, however, conflicts between workplace-based and religiously-based role expectations (e.g., about dress, work scheduling, etc.) can increase an employee’s overall experience of stress.

Given the potential impact of religious belief and practice on employees’ behaviour, as noted above, it’s not surprising that religion can present delicate problems for HR to navigate. Some are obvious, such as explicit or implicit discrimination either toward or by religious employees. Others are more subtle, such as a potential loss of cohesion among employees due to different religious perspectives, or the personal stress experienced by employees trying to mesh their own particular religious identities and practice with a not-always-compatible workplace culture.

HR practitioners might not think that attention to religion’s impact on the workplace is part of their normal job description. Yet religion clearly is relevant to some employees, and clearly can influence their behaviour (in interaction with workplace influences), The temptation for HR, given widespread policy attention to diversity and discrimination issues, will be to think that the only religion issue to attend to are potential discrimination problems. But employee religious commitment is relevant to much more than that, and often in ways with potentially positive impacts on the work organization. The task for HR is to recognize these and work with them. But in doing this it is important to remember that the impacts of religion on employee behaviour typically arise from intrinsically (i.e., deeply and authentically) held religion, meaning that efforts to instrumentally manipulate employee religion for organizational ends run a strong risk of failure and pushback from employees.