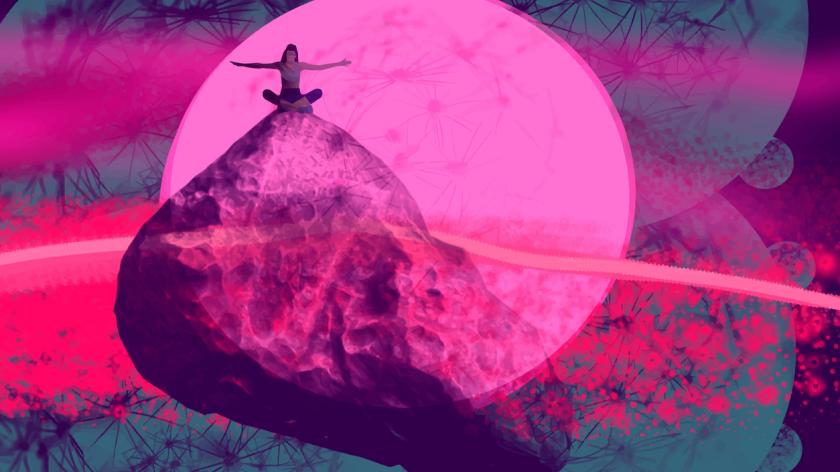 Why build a psychologically safe workplace in 2022?

Psychological safety is more important in the workplace now, than ever before. Abi Adamson explains why, and explores steps businesses can take to nurture a psychologically safe environment.

‘Psychological safety’ is a term that has seriously started to permeate the wider consciousness these days.

In fact, Dr Amy Edmondson, the Harvard Business Professor who coined the term ‘psychological safety’ has pointed to it as a critical factor for high-performing teams.

So why is it so important for workplaces to be psychologically safe?

Why does psychological safety matter?

Firstly, teams that feel empowered to share their perspectives with each other – especially when their opinions differ from the rest of the group – are able to more fully leverage the knowledge and talent that each member brings to the team.

These teams are more likely to take initiative and consider the full picture of each situation. This, in turn, enables the team to innovate and find effective solutions.

Psychological safety is critical to a team's ability to give and receive candid and respectful feedback.

Secondly, psychological safety is critical to a team's ability to give and receive candid and respectful feedback. As such, if your organisation is looking to build a stronger feedback culture, take a look at employee perceptions of psychological safety as a starting point.

What is the urgency for psychologically safe workplaces?

At a time of huge complexity and uncertainty, true psychological safety in our workplaces – which Edmondson summarises as: “a belief that one will not be punished or humiliated for speaking up with ideas, questions, concerns or mistakes” – is required more than ever before.

The benefits of a psychologically safe workplace are unquestionable, and as such, it is unsurprising to see it finally taking a seat at the table.

Given psychological safety is the foundation to an inclusive workplace, it is encouraging to see business after business sitting up and paying attention.

The danger in treating psychological safety as a buzzword

The trouble, however, is that psychological safety has become somewhat of a buzzword in the business world of late.

Like moths drawn to a flame, it’s easy to be enticed by the shining lights of higher revenue potential, better retention rates, and increased productivity, without considering or committing to the deep work that’s needed to create a genuinely safe environment; one where each and every person feels they can be their true and authentic self in the workplace.

The risk is not just in those businesses who may manipulate the term for their own advantage, but it is in misunderstanding what the term really means – and that can do more harm than good.

A couple of years ago I met up with a HR manager who told me they had worked to create a culture where everyone in the office felt comfortable to say and do what they wanted.

Here’s the thing, there is a stark difference between comfort and safety, and businesses that promote the former, risk fuelling the fire of prejudice.

Essentially, this grants employees the free will to speak out of turn. In doing this, leaders are failing to protect their most vulnerable people from harm.

Unfortunately, I’ve also come across many businesses whose inclusivity pledges have transpired to be futile – token gestures at best.

I’ve lost count of the statements I’ve heard and behaviours I’ve witnessed that generalise women as inferior to men, as incompetent, unintelligent, or too emotional to do their job.

I've lost count of the number of behaviours I’ve witnessed that generalise women as inferior to men, as incompetent, unintelligent, or too emotional to do their job.

I’ve seen hostile microaggressions play out in meetings that have, ironically, been held to address the very issue of diversity and inclusion, and I’ve seen people using their power and privilege to intimidate.

When people tell me that inequality does not exist in the UK, or that our workplaces are fair and equal spaces, I can’t help but think of this:

Recently, someone felt it was appropriate to discuss eugenics with me. That person, without hesitation, said they truly believe that white people are smarter than Black people.

It is moments like this that remind me there is still a mountain to climb.

The sad reality is that in most of these incidents, someone in a position of privilege – often a leader or manager – has failed to interrupt the harm when it’s happening.

In other words, an ally has existed, but they have not stepped in to protect the victim.

Workplace confrontation is something we would all rather avoid. However, being able to ‘call in’ or ‘call out’ prejudice by arming ourselves with timely expressions and intentional language will enable us to tackle harm in the workplace, and contribute to cultures of inclusion, belonging, and psychological safety.

As I stepped into the workplace in my early 20s, I experienced first-hand the exhaustion of trying to fit in. In a majority white workforce, I started to edit myself through fear I would be isolated or excluded.

This was in a pre-pandemic world, when rigid working hours and desk-based days were largely seen as the only way. For me, that meant there was no way of escaping a toxic environment.

Like many others who identify as being in an underrepresented group, remote working provided me with a sense of relief.

But when the pandemic rolled in and workplaces closed, the entire nation was forced to retreat to their homes. Like many others who identify as being in an underrepresented group, what I experienced was a sense of relief. I was finally safe to be my true self, in my own space – I could exhale.

To cover up your difference, your history, and your voice is exhausting

Remote working meant that I no longer had to dodge curious hands trying to investigate a new hairstyle, I did not have to put on a soft voice to avoid being called “aggressive”, and I didn’t have to fake a smile.

It is little surprise to me that research carried out by Future Forum found that 97% of Black workers would prefer to continue remote working or a hybrid model moving forwards.

When asked if they wanted to return to the workplace full time, only 3% of Black employees said yes, compared to 21% of white workers who said they were eager to get back.

97% of Black workers would prefer to continue remote working or a hybrid model moving forwards.

There is an important lesson for business leaders in all of this. Remote working has provided a safe space in which many people have felt they can be their authentic selves and it has removed the pressure many Black, underrepresented, and/or marginalised people feel to code-switch or assimilate.

Be an ally or there will be no safety

No one person can create an inclusive and courageous safe space – we are all part of levelling the playing field.

But if you are in a proximity of power, which includes privilege, it is vital to ensure you are doing the right work to ensure that all of your colleagues can turn up to work as their true authentic self.

Hold people accountable for toxic actions and, most importantly, interrupt harm when you see it. Without allies, the needle will only move so far, and workplaces will never be truly safe.