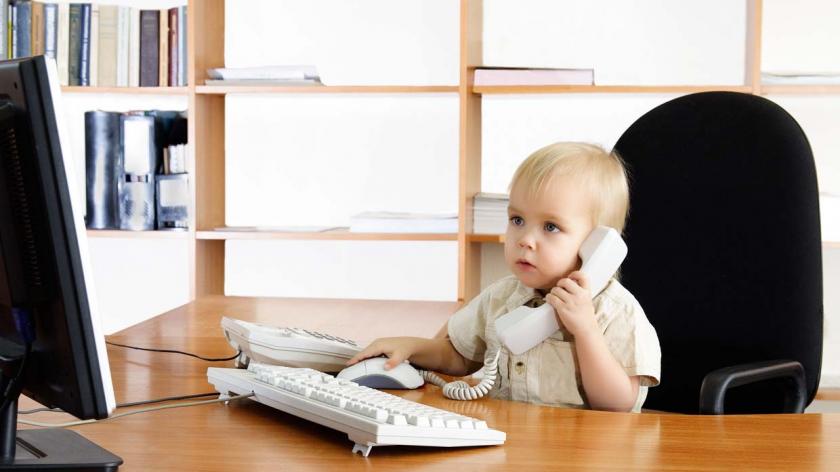 What should we do with the multi-generational workforce?

Generational diversity is now firmly on the agenda for the HR departments of many organisations, particularly as regards the two largest ‘bookend groups’ – Generation Y (born 1979-1994) and the Baby Boomers (born 1946-1964).

These two generations have both similarities and differences that management commentators believe can be exploited via increasing adoption of practices like flexible working, remote working, ‘progressive’ values (e.g. towards diversity and the environment), opportunities to engage in ethical-social activities, inter-generational mentoring, new forms of reward mixes, tailored communications (e.g. social media), and so on.

Zooming out, the whole generation issue sits nestled among a cluster of other challenging workforce issues facing HR – an ageing workforce, leadership development, the management of talent shortages, and high youth unemployment. Perhaps unsurprisingly, this also makes it a moderately (extremely?) sensitive political issue from time to time, in the UK at least.

The first thing HR departments should do in their communications and practices is to try to make important distinctions between generation and age.

Commentators more rightward-leaning in their political orientation have referred to Generation Y as a ‘gilded generation’ that, for 20-somethings, have ‘never had it so good’ across all of history, typically citing relatively high living standards and opportunities for consumption. Commentators more in the centre or towards the left have alternatively referred to Generation Y as being ‘jilted’ or ‘doomed’, in terms of successive UK governments creating a troubling situation for them, consisting of vast debt, unaffordable housing prices, and tough labour market prospects.

These debates leave HR on somewhat shaky ground, and often not far removed from concerns of generation gaps, blame games, stereotyping, and additional, somewhat speculative, segregations of generations (e.g. Generation Z, born after 1995, and to whom a world without Internet would be inconceivable).

So – what can HR do, and what does the research tend to say? I offer a few, brief, humble suggestions (full disclosure: I was born in 1985 and so fit into said schemes as a relatively ‘old’ member of Generation Y).

The first thing HR departments should do in their communications and practices is to try to make important distinctions between generation and age.

That is to say, we all go through relatively common stages in terms of ageing (regardless of our generation), but generation refers to the unique times, places, and circumstances unfolding around us as we age through a particular set of decades in history.

This means that for most employee research findings conducted at one point in time, age and generation are confounded, meaning that we can’t be totally sure what is simply due to someone’s age in general (being a youngster or an oldster) or due to someone being part of a more distinctive generation. This distinction may seem subtle and academic, but it affects the basis of work relationships, because age may be relatable in different ways to generation.

It thus also affects the framing of HR practices; for example a more senior employee may be able to use their age-related work experiences to mentor a more junior one, but a more junior employee may be able to use their generation-related work experiences to ‘reverse mentor’ older, more senior colleagues (just such a program is currently in place at Cisco). In terms of research evidence, therefore, the best, most insightful studies – albeit impractical and relatively difficult to conduct – extract data from generational cohorts of the same age from different eras (e.g. see Twenge et al.’s 2010 study on U.S. high school seniors from 1976, 1991, and 2006).

How can a leader be ‘all things to all generations’ or ‘have their finger on the pulse of a younger generation’, if they are not a member of such a generation themselves? One solution is simply for leaders to try to ‘get a feel’ for the ongoing experiences of generations growing up in their workforce. One relevant, fun and engaging project that HR departments could mimic and draw upon for their own workforces was launched in 1998 by the U.S. liberal arts college Beloit, and is called the ‘Mindset List’. Every year a new Mindset List is produced, a set of incisive statements that cover “cultural touchstones and experiences that have shaped the worldview of students entering colleges and universities in the fall”.

The HR function would do well to try to integrate generational issues within their overall existing diversity and inclusion practices.

This allows teachers – and leaders – to “be wary of dated references and quickly became a catalogue of the rapidly changing perception of each new generation as they make an important transition”. Such a tool really tries to sensitively understand generational context on a continuous basis rather than forming crude categories or stereotypes. As of yet, there simply isn’t much prominent research explicitly linking leadership and Generation Y, although what work there is suggests that leaders will need to keep working on role modelling their value propositions in terms of a general ‘servant leadership’ approach across all generations – i.e. one that respects flexibility, leisure time, personal growth, and a diversity of work activities, yet still without neglecting crucial material ‘hygiene factors’ like pay and conditions.

Finally, despite its not being formally legislated for, HR functions would do well to try to integrate generational issues within their overall existing diversity and inclusion practices.

As many academics would be quick to stress, diversity is multidimensional and intersectional – even within a single generation, gender, culture, religion, and so on will create considerable, meaningful, criss-crossing variation.

In short, context matters, and a ‘one size fits all’ approach, even based on a set of multiple generations, is on its own unlikely to succeed. This does mean taking time out to implement an organic, participative, democratic ‘caucusing’ process, where various demographic groupings of employees can come together to discuss overlapping identities, values, and issues, with some focus on cross-group similarities and cross-generational synergies rather than pigeonholing and putting up barriers.

Lou Gerstner used this approach with relative success as part of his turnaround strategy at IBM during the 1990s.

In conclusion, I believe that a definitive ‘science of generations’ is unlikely to emerge, as the goalposts are always going to be moving. Generations are fluid, dynamic social constructions, open to tremendous debate and variation, and tangled up with age-related experiences common to most human lifespans, regardless of generation. Excessive tailoring of practices or stark segmenting of the workforce may therefore do more harm than good. As such, perhaps the best general advice to HR is simply to listen, learn, keep abreast, and discuss generational issues and contexts candidly and critically as part of wider diversity concerns. In short, they should go with the flow.