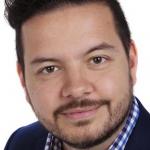 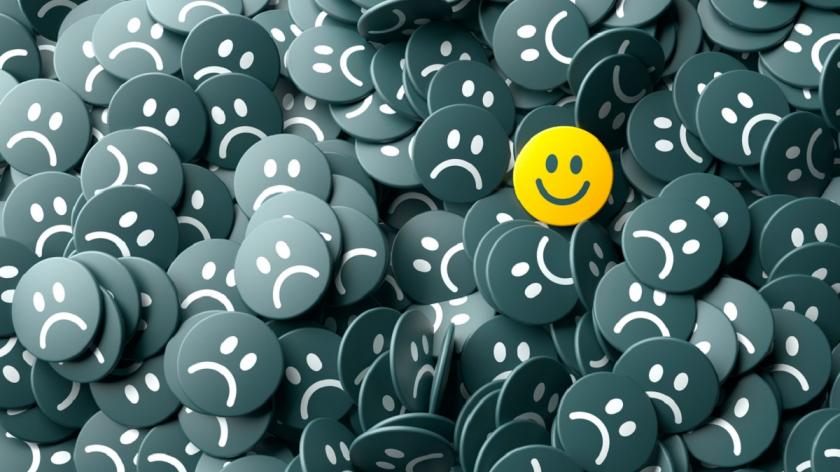 What does your favourite emoji say about you?

What’s your favourite emoji and what does that say about you? Statistically, it’s likely to be the ‘tears of laughter’ emoji, but perhaps yours tells a different story?

A brief history of emoji

Originally conceived in 1999 as a standardised way of coding ‘emoticon’ images into text messages, emojis have quickly evolved into a key piece in the puzzle of modern communication culture. When words won't do, a small graphic might just serve to convey an appropriate emotion - an attempt at a universal language of feeling.

Are emojis a language of their own?

Dr Vyvyan Evans, author of The Emoji Code, conducted a study in 2015 on emoji usage patterns. He reports that 2015 was the year that emoji went mainstream, with the Oxford dictionary naming an emoji as their word of the year.

Validation, if needed, that emojis are part of our language. Part of our culture.

Importantly, however, Dr Evans states that emojis are not a language in themselves. For this to happen, we would need a full set of vocabulary items to convey a range of ideas, and a set of grammatical rules to allow the vocabulary to move around.

Although emojis don’t follow the rules of natural language, there are idioms and regional variation. Some sub-groups ascribe their own meaning to certain arbitrary symbols: the aubergine emoji, for example, was censored by Instagram due to its association with X-rated content.

There are also interesting cultural variations. The ‘prayer hands’ emoji means “please” in Japan, but in Western cultures tends to mean “thank you” or “I’m blessed”.

One of the dangers of purely text-based communications is that they often suck the empathy out of what we’re trying to convey. Sending an email/text/tweet, people can inadvertently sound angry or frustrated, without intending to.

Emojis help to soften these interactions, adding cues to indicate the emotional temperature of an email or text message. They provide visual expressions of emotion, expressed simply, yet powerfully (sometimes even more powerful than words).

A reflection of the nation's emotional state

Research by Swiftkey discovered the top six emoji used in the UK make up 50% of all emoji used in both 2015 and 2016. Meanwhile, emoji are starting to give some indication of the country's emotional state - with the grimacing face and expressionless face doubling in usage between 2015 and 2016.

At the same time, the kiss, clapping hands and fist bump emoji all halved in usage between 2015 and 2016.

And when it came to Brexit, Swiftkey found that the top emoji used in conjunction with words associated with Brexit were used three times more often than other emoji. 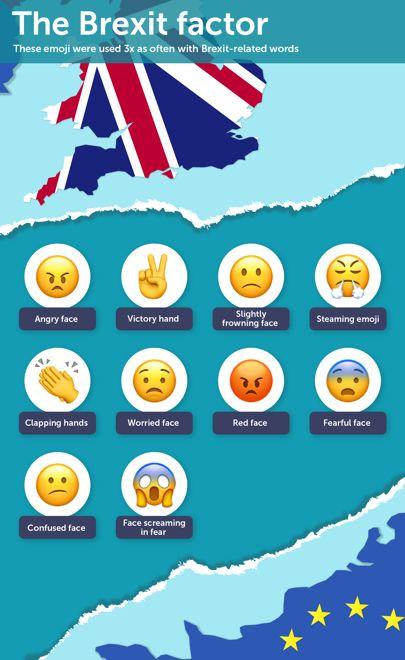 I find it fascinating that some people find the use of emojis in workplace communication appropriate, and some don’t. I had a recent Twitter exchange with Simon Jones (Ariadne Associates) who shared some of his thoughts as an HR professional:

“The use or non-use of emojis is generally one about culture. Emojis convey meanings in a very informal way, and might be appropriate in certain circumstances, but not in others.

Furthermore, not everyone understands or speaks ‘emoji’ and it could be used to confuse or exclude some, especially as some aren’t obvious: a smile is clear but some are not clear at all.

And finally, they are often not very disability-friendly. For example- if someone is visually impaired and uses voice software to read a message, the voice either can't read the emoji or gives a literal meaning, which can be either meaningless or conveys a different emphasis."

The future of emojis

Like it or not, emojis are part of our culture, and they’re here to stay. They’ll also evolve widely, with new emojis appearing every year.

In Apple’s latest keynote, they unveiled their vision for the future of emotional literacy: Animojis. Your own face, mapped onto a character (yes, including the ‘poo’ emoji), that allows you to record a short message to send on. Never have emojis been more personal.

Machine learning is also having an impact on how emojis are perceived, as well as how they are used. A research team at MIT have developed an algorithm that claims to be able to detect sarcasm, through analysing the use of particular emoji. The team have found that the algorithm is even better than humans at spotting sarcasm and other emotions, particularly when emojis are used on Twitter.

In the future, it may become even more common for computers to try to decipher our emotions - for instance, a robot coworker being able to understand when a human colleague is frustrated, and adjust its actions accordingly.

The workplace of tomorrow is likely to utilise all the emotional data points that are available, to make communication as effective as it can be.

So much of our fear about the introduction of artificial intelligence centres around losing touch with our humanity- yet clearly, the future of workplace communication is going to have emotions (maybe emojis) right at its heart.